The French Revolution 1787-1804, 2 edition by Peter Jones
Requirements: .PDF reader, 3.3 Mb
Overview: The French Revolution can be seen as an enormous explosion of civic energy with huge ramifications for the rest of the world. In this balanced and accessible account, P.M Jones:
Considers the build-up of pressure between 1787 and 1789 as the power of the ancien régime began to crumble
Analyses the dramatic events that began with the taking of the Bastille in 1789 and led to the establishment of a radical new order
Examines the demise of the Republic in 1804 and assesses the wider significance of the revolutionary decade
At the core of the Revolution lay the realisation among ordinary men and women that the human condition was not fixed until the end of time, but could be altered for the better. However, it was soon discovered that the task of building a new and better society would require huge amounts of effort and ingenuity – as well as suffering on a massive scale.
This new edition of P.M. Jones’s authoritative overview has been significantly revised to include new material on politics, state violence, the army and citizenship in the French Caribbean colonies. In addition, it includes an expanded selection of original documents and illuminating contemporary images.
P. M. JONES is Professor of French History at the University of Birmingham. He has written extensively on the French Revolution and French rural history.
Genre: Non-Fiction > History 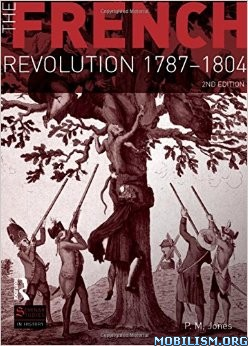