The Uncrowned King: The Sensational Rise of William Randolph Hearst by Kenneth Whyte
Requirements: .ePUB reader, 3 MB
Overview: A lively, unexpected, and impeccably researched piece of popular history, The Uncrowned King reveals how an unheralded young newspaperman from San Francisco arrived in New York and created the most successful daily of his time, pushing the medium to an unprecedented level of influence and excitement, and leading observers to wonder if newspapers might be “the greatest force in civilization,” more powerful even than kings and popes and presidents.
Featuring an eight-page insert of black and white photographs, The Uncrowned King offers a window onto the media world at the turn of the 19th century, as seen by its most successful and controversial figure, William Randolph Hearst. Kenneth Whyte’s anecdotal, narrative style chronicles Hearst’s rivalry with Joseph Pulitzer, the undisputed king of New York journalism, in the most spectacular newspaper war of all time. They battled head-to-head for three years, through the thrilling presidential election campaign of 1896 and the Spanish-American War—a conflict that Hearst was accused of fomenting and that he covered in person. By 1898, Hearst had supplanted Pulitzer as the dominant force in New York publishing, and was well on his way to becoming one of the most powerful and fascinating private citizens in 20th-century America.
Genre: Non-Fiction > Biographies & Memoirs 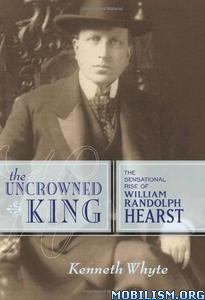 Austin Murder & Mayhem by Richard Zelade
Requirements: .ePUB reader, 4 MB
Overview: Beneath Austin’s shiny veneer lies a dark past, filled with murder, lechery and deceit. Legislators, lawmen and lawyers killed, robbed and lied just as well and just as often as the drifters and grifters preying on newcomers. The nation’s first known serial killer made his debut in Austin in the form of the Servant Girl Annihilator, who is still rumored to be Jack the Ripper. After the Willis brothers murdered their neighbors over rumored buried gold, a lynch mob hanged the boys from live oaks on present-day Sixth Street. Freshman representative Louis Franke died after he was robbed and beaten on the steps of the statehouse. Author Richard Zelade delivers a fascinating look at the seedier side of Austin history.
Genre: Non-Fiction > Biographies & Memoirs 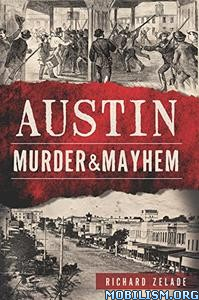 Teddy Roosevelt in California: The Whistle Stop Tour That Changed America by Chris Epting
Requirements: .ePUB reader, 7 MB
Overview: During his whirlwind 1903 tour of the western states, President Theodore Roosevelt paid his first visit to California. In between the appearances and pageantry, he embarked on three days of epic adventure in the wilderness of Yosemite with the famous and influential naturalist John Muir. A lover of the rugged outdoors, Roosevelt was humbled and impressed by the camping trip, which proved to be one of the most important sojourns in presidential history. Through firsthand accounts, speeches and rare photographs, author Chris Epting tells the story of a great and profound journey that had a lasting effect on conservation history and the National Park System.
Genre: Non-Fiction > Biographies & Memoirs 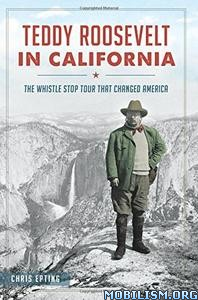 Walter Citrine: Forgotten Statesman of the Trades Union Congress by Jim Moher
Requirements: .ePUB reader, 7 MB
Overview: The forgotten story of a Liverpool lad who rose from the squalor of Edwardian Merseyside’s bustling docks to become the confidant of Churchill and Roosevelt as leader of Britain’s trade unions during the Second World War.

Walter Citrine’s life spanned the late-nineteenth and most of the twentieth centuries. During his leadership of the Trades Union Congress, the unions progressed from impotent grandstanding to effective lobbying, influencing governments and employers to transform deplorable working conditions and elevate the worker’s place in society.

Through Citrine’s life, readers will revisit the key historical episodes in which his work was so influential – the General Strike of 1926, the ‘Great Depression’ of 1928-34, the rise of Hitler and Fascism, the challenge of Stalin and Communism, the Second World War and the reconstruction afterwards.

At a time when trade unions are once again being consulted by governments on their plans to revive the economy, never has Citrine’s story been so relevant.
Genre: Non-Fiction > Biographies & Memoirs 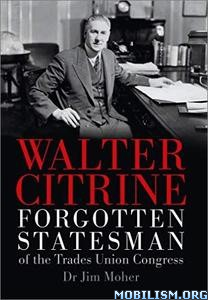 Down and Out in Paris and London (Oxford World’s Classics) by George Orwell
Requirements: .ePUB reader, 1.8 MB
Overview: Poverty is what I am writing about”. In the late 1920s, Eric Blair resigned his post as a colonial policeman in Burma, immersed himself in the slums of Paris and London, and reinvented himself as George Orwell, one of the most revered prose stylists in the English language. Orwell decided to write about the lives of the poor – the dishwashers of Paris, the tramps of London – not by imagining poverty, but by experiencing poverty. The result is a book which is as provocative and incisive about class inequalities, homelessness, and social prejudices today as it was when it was first published in 1933.
Down and Out in Paris and London was George Orwell’s first book, and it remains a masterpiece of prose writing. This edition is accompanied by an introduction which examines Orwell’s book for its literary, social, and political significance.
Genre: Non-Fiction > Biographies & Memoirs 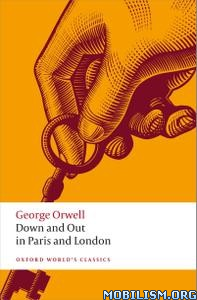 Survivor: The Autobiography by Jon E. Lewis
Requirements: .ePUB reader, 2 Mb
Overview: This collection of classic tales comprises over 50 accounts of true-life adventure taken from contemporary memoirs, letters and journals. They span the years 1800 to the end of the 20th century, in a period which can be termed the modern age of exploration. Inspired by Ernest Shackleton’s 1914-15 escape from the bitter clutches of Antarctica, this book is by turn inspirational, harrowing, tragic and unimaginable. It recounts stories of ordinary mortals who achieved extraordinary things. From the ice-locked poles and endless deserts of Arabia to the storm-tossed South Atlantic, the rainforests of the Amazon and sheer peaks of the Himalayas, the world’s most famous adventurers recount their experiences. Includes accounts from some of the greatest ever explorers and adventurers: Captain Scott, Ernest Shackleton; John Franklin, Edmund Hilary, Laurens Van der Post, Thor Heyerdahl, John Blashford-Snell, Ranulp Fiennes, Chay Blyth, Jacques Cousteau, Nick Danziger,; Charles Lindbergh, Peter Fleming and many more.
Genre: Non-Fiction > Biographies & Memoirs

No Man Knows My History: The Life of Joseph Smith by Fawn M. Brodie
Requirements: .PDF reader, 35.3 MB
Overview: The first paperback edition of the classic biography of the founder of the Mormon church, this book attempts to answer the questions that continue to surround Joseph Smith. Was he a genuine prophet, or a gifted fabulist who became enthralled by the products of his imagination and ended up being martyred for them? 24 pages of photos. Map.
Genre: Non-Fiction > Biographies & Memoirs 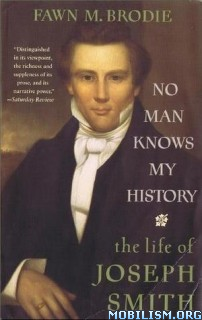 Inside 25 Cromwell St by Stephen West, Mae West
Requirements: .ePUB reader, 249 KB
Overview: The two oldest surviving children of Fred and Rosemary West tell the terrifying story of life at 25 Cromwell Street.
How does a serial killer stay concealed within a family for 23 years? What kind of family could allow this to happen? Here Stephen and Mae West tell a compelling story of family life tested to destruction.
Their unpredictable world of brutality, sexual abuse and violence finally came apart with the most shattering series of discoveries any child could be asked to face.
As body after body was removed from 25 Cromwell Street, Stephen and Mae West were forced to confront the truth about their family including, for Mae, the unbearable knowledge that she might easily have been the next victim.
Genre: Non-Fiction > Biographies & Memoirs 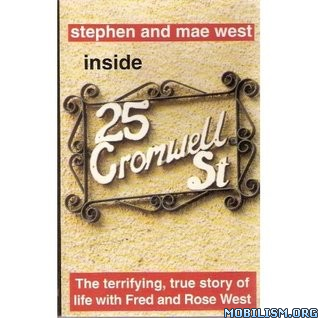 Before Bletchley Park: The Codebreakers of the First World War by Paul Gannon
Requirements: .ePUB reader, 8.0 MB
Overview: The story of Bletchley Park’s codebreaking operations in the Second World War is now well known, but its counterparts in the First World War – Room 40 & MI1(b) – remain in the shadows, despite their involvement in and influence on most of the major events of that war.

From the First Battle of the Marne, the shelling of Scarborough, the battles of Jutland and the Somme in 1916, to the battles on the Western Front in 1918, the German naval mutiny and the Zimmermann Telegram, this cast of characters – several of them as eccentric as anyone from Bletchley Park in the Second World War – secretly guided the outcome of the ‘Great War’ from the confines of a few smoke-filled rooms. 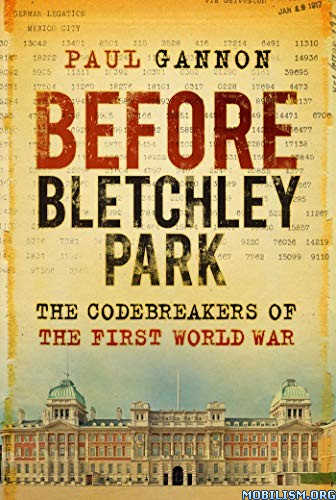 Arik: The Life of Ariel Sharon by David Landau
Requirements: .ePUB reader, 5 MB
Overview: From the former editor in chief of Haaretz, the first in-depth comprehensive biography of Ariel Sharon, the most important Israeli political and military leader of the last forty years.

The life of Ariel Sharon spans much of modern Israel’s history: A commander in the Israeli Army from its inception in 1948, Sharon participated in the 1948 War of Independence, and played decisive roles in the 1956 Suez War and the six day War of 1967, and most dramatically is largely credited with the shift in the outcome of the Yom Kippur War of 1973. After returning from the army in 1982, Sharon became a political leader and served in numerous governments, most prominently as the defense minister during the 1983 Lebanon War in which he bore “personal responsibility” according to the Kahan Commission for massacres of Palestinian civilians by Lebanese militia, and he championed the construction of Israeli settlements in the West Bank and Gaza. But as prime minister he performed a dramatic reversal: orchestrating Israel’s unilateral disengagement from the Gaza Strip. Landau brilliantly chronicles and analyzes his surprising about-face. Sharon suffered a stroke in January 2006 and remains in a persistent vegetative state. Considered by many to be Israel’s greatest military leader and political statesman, this biography recounts his life and shows how this leadership transformed Israel, and how Sharon’s views were shaped by the changing nature of Israeli society.
Genre: Non-Fiction > Biographies & Memoirs 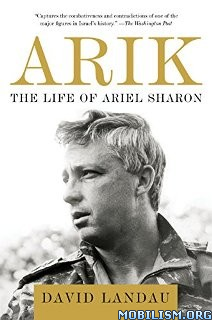