ARMS Series (4-8) by Stephen Arseneault
Requirements: ePUB / MOBI /AZW Reader, 5.5MB
Overview: I came to this planet fifty some odd years ago. After exiting my mother’s portal, the doctor slapped me around until I started breathing the oxygen. I’ll admit, at the time, I had no idea what I was doing or where I was. Being an infant Human, I was completely reliant on the responsible actions of others. It was a time that I have largely forgotten.
Genre: Fiction > Sci-Fi/Fantasy 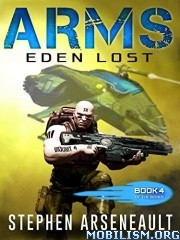 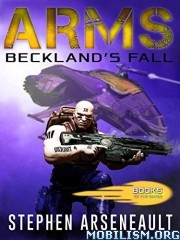 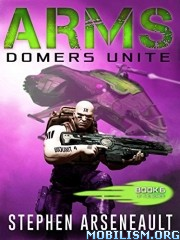 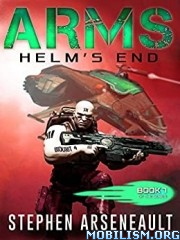 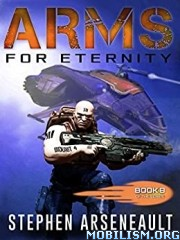 #4 – Eden Lost
The Earthers have taken full control of Eden. And with her comes the titanium resources required to rebuild their fleets. Is the war between New Earth and Domicile on the verge of restarting? Is it too late to be stopped? Do Harris and his team have the means? All support is lost as their government, their media, and their people, turn against them while pointing fingers of blame. Only, are the Earthers the real enemy?

#5 – Beckland’s Fall
Beckland, the colony where the Great War came to an end, has just been overrun by the Earthers and the Denzee. At home, military preparedness has been hijacked by the pacifists in the Senate. It may be up to Harris Gruberg and his cohorts to stop the spread of the truce-world madness before all-out war is declared. The Alien passersby, may not be passing at all.

#6 – Domers Unite
The Earthers and Denzee are marching across known space. The truce worlds have fallen. The outer colonies are next. The call for restarting the Domicile war machine has never been louder. Can the pacifists be overruled and the invasion thwarted? Harris Gruberg and company will have to find the answer.

#7 – Helm’s End
The war has been going badly for the Domers. Half the outer colonies are under control of New Earth and the Denzee. A return to Helm is setting up to be an epic fight. Beyond that lies the capitol of the free world, Domicile.

#8 – For Eternity
Humans have managed to fight and survive repeated attacks from the aliens who surround them. Is the final fight coming? Will humanity be free or will we forever be slaves to our enemies?