Viking Women: Life and Lore by Lisa Hannett
Requirements: .ePUB reader, 1.2 MB
Overview: Let’s travel in time together, a thousand or so years back, and meet Viking women in their hearth-lit world. How did these medieval viragoes live, love and die? How can we encounter them as flesh-and-blood beings with fears and feelings – not just as names in sagas or runes carved into stone? In this groundbreaking work, Lisa Hannett lifts the veil on the untold stories of wives and mothers, girls and slaves, widows and witches who sailed, settled, suffered, survived – and thrived – in a society that largely catered to and memorialised men. Hannett presents the everyday experiences of a compelling cast of women, all of whom are resourceful and petty, hopeful and jealous, and as fabulous and flawed as we are today. Lisa Hannett is an award-winning Canadian-Australian writer and academic.
Genre: Non-Fiction > History 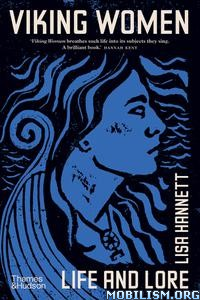 Driving the Green Book: A Road Trip Through the Living History of Black Resistance by Alvin Hall
Requirements: .ePUB reader, 25 MB
Overview: Join award-winning broadcaster Alvin Hall on a journey through America’s haunted racial past, with the legendary Green Book as your guide.

For countless Americans, the open road has long been a place where dangers lurk. In the era of Jim Crow, Black travelers encountered locked doors, hostile police, and potentially violent encounters almost everywhere, in both the South and the North. From 1936 to 1967, millions relied on The Negro Motorist Green Book, the definitive guide to businesses where they could safely rest, eat, or sleep.

Most Americans only know of the guide from the 2018 Green Book movie or the 2020 Lovecraft Country TV show. Alvin Hall set out to revisit the world of the Green Book to instruct us all on the real history of the guide that saved many lives. With his friend Janée Woods Weber, he drove from New York to Detroit to New Orleans, visiting motels, restaurants, shops, and stores where Black Americans once found a friendly welcome. They explored historical and cultural landmarks, from the theatres and clubs where stars like Duke Ellington and Lena Horne performed to the Lorraine Motel where Dr. Martin Luther King, Jr. was assassinated. Along the way, they gathered memories from some of the last living witnesses for whom the Green Book meant survival—remarkable people who not only endured but rose above the hate, building vibrant Black communities against incredible odds.
Genre: Non-Fiction > History 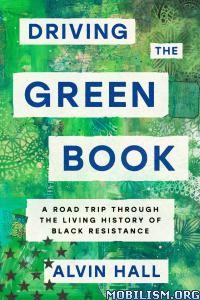 In current debates about globalization, open and borderless elites are often set in opposition to the immobile and protectionist working classes. This view obscures a major historical fact: for around a century—from the 1860s to the 1970s—worker movements were at the cutting edge of internationalism.

The creation in London of the International Workingmen’s Association in 1864 was a turning point. What would later be called the “First International” aspired to bring together European and American workers across languages, nationalities, and trades. It was a major undertaking in a context marked by opening borders, moving capital, and exploding inequalities.

In this urgent, engaging work, historian Nicolas Delalande explores how international worker solidarity developed, what it accomplished in the nineteenth and twentieth centuries, and why it collapsed over the past fifty years, to the point of disappearing from our memories.
Genre: Non-Fiction > History 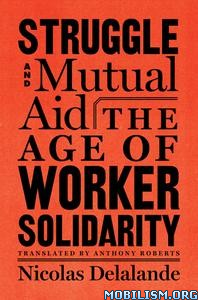 Princely Ambition: Ideology, Castle-Building and Landscape in Gwynedd, 1194-1283 (Explorations in Local and Regional History) by Craig Owen Jones
Requirements: .ePUB reader, 4 MB
Overview: While the Edwardian castles of Conwy, Beaumaris, Harlech, and Caernarfon are rightly hailed as outstanding examples of castle architecture, the castles of the native Welsh princes are far more enigmatic. Where some dominate their surroundings as completely as any castle of Edward I, others are concealed in the depths of forests, or tucked away in the corners of valleys, their relationship with the landscape of which they are a part far more difficult to discern than their English counterparts.

This ground-breaking book seeks to analyse the castle-building activities of the native princes of Wales in the thirteenth century. Employing a probing analysis of the topographical settings and defensive dispositions of almost a dozen native Welsh masonry castles, Craig Owen Jones interrogates the long-held theory that the native princes’ approach to castle-building in medieval Wales was characterised by ignorance of basic architectural principles, disregard for the castle’s relationship to the landscape, and whimsy, in order to arrive at a new understanding of the castles’ significance in Welsh society.
Genre: Non-Fiction > History 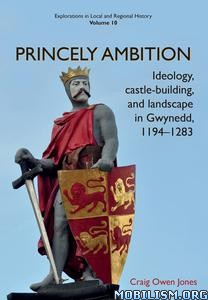 Cobalt Red: How the Blood of the Congo Powers Our Lives by Siddharth Kara
Requirements: .ePUB reader, 13 MB
Overview: An unflinching investigation reveals the human rights abuses behind the Congo’s cobalt mining operation―and the moral implications that affect us all.

Cobalt Red is the searing, first-ever exposé of the immense toll taken on the people and environment of the Democratic Republic of the Congo by cobalt mining, as told through the testimonies of the Congolese people themselves. Activist and researcher Siddharth Kara has traveled deep into cobalt territory to document the testimonies of the people living, working, and dying for cobalt. To uncover the truth about brutal mining practices, Kara investigated militia-controlled mining areas, traced the supply chain of child-mined cobalt from toxic pit to consumer-facing tech giants, and gathered shocking testimonies of people who endure immense suffering and even die mining cobalt.

Cobalt is an essential component to every lithium-ion rechargeable battery made today, the batteries that power our smartphones, tablets, laptops, and electric vehicles. Roughly 75 percent of the world’s supply of cobalt is mined in the Congo, often by peasants and children in sub-human conditions. Billions of people in the world cannot conduct their daily lives without participating in a human rights and environmental catastrophe in the Congo. In this stark and crucial book, Kara argues that we must all care about what is happening in the Congo―because we are all implicated.
Genre: Non-Fiction > History 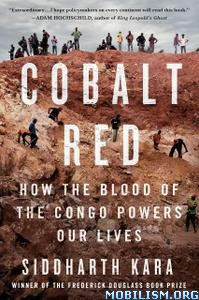 Today Hong Kong, Tomorrow the World: What China’s Crackdown Reveals About Its Plans to End Freedom Everywhere by Mark L. Clifford
Requirements: .ePUB reader, 71.9 MB
Overview: A gripping history of China’s deteriorating relationship with Hong Kong, and its implications for the rest of the world.

For 150 years as a British colony, Hong Kong was a beacon of prosperity where people, money, and technology flowed freely, and residents enjoyed many civil liberties. In preparation for handing the territory over to China in 1997, Deng Xiaoping promised that it would remain highly autonomous for fifty years. An international treaty established a Special Administrative Region (SAR) with a far freer political system than that of Communist China—one with its own currency and government administration, a common-law legal system, and freedoms of press, speech, and religion.

But as the halfway mark of the SAR’s lifespan approaches in 2022, it is clear that China has not kept its word. Universal suffrage and free elections have not been instituted, harassment and brutality have become normalized, and activists are being jailed en masse. To make matters worse, a national security law that further crimps Hong Kong’s freedoms has recently been decreed in Beijing. This tragic backslide has dire worldwide implications—as China continues to expand its global influence, Hong Kong serves as a chilling preview of how dissenters could be treated in regions that fall under the emerging superpower’s control.

Today Hong Kong, Tomorrow the World tells the complete story of how a city once famed for protests so peaceful that toddlers joined grandparents in millions-strong rallies became a place where police have fired more than 10,000 rounds of tear gas, rubber bullets and even live ammunition at their neighbors, while pro-government hooligans attack demonstrators in the streets. A Hong Kong resident from 1992 to 2021, author Mark L. Clifford has witnessed this transformation firsthand. As a celebrated publisher and journalist, he has unrivaled access to the full range of the city’s society, from student protestors and political prisoners to aristocrats and senior government officials. A powerful and dramatic mix of history and on-the-ground reporting, this book is the definitive account of one of the most important geopolitical standoffs of our time.
Genre: Non-Fiction > History 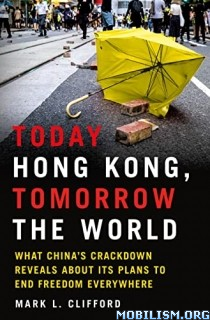 1923: Life in Football One Hundred Years Ago by Marvin Close
Requirements: .ePUB reader, 5.8mb
Overview: 1923: Life in Football 100 Years Ago takes a deep dive into the matches, personalities and events that lit up the game a century ago. Based on exhaustive archival research, it’ s also a social history that reveals how fans and footballers lived their day to day lives and how they were affected by the year’ s happenings. What they ate, drank and how they spent their leisure time. How players trained and what they earned. Who the top clubs and players were and what type of tactics they used. What kit and boots they wore and how they prepared and travelled to games, often alongside the fans. The book explores why mining communities produced so many of the year’ s top footballers, and how an amateur playing army captain made an unlikely debut for the full England side. From the infamous White Horse Cup Final and the shocking murder of footballer Tommy Ball, to the painful legacy of World War One on the game and the emergence of top professional football in Europe, it’ s a unique look at a memorable year in football and beyond.
Genre: Non-Fiction > History 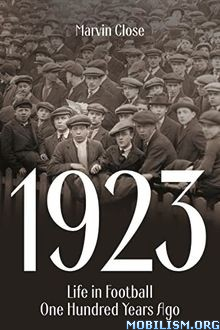 Brethren in Christ: A Calvinist Network in Reformation Europe by Ole Peter Grell
Requirements: .PDF reader, 13 MB
Overview: This groundbreaking book explores the migration of Calvinist refugees in Europe during the Reformation, across a century of persecution, exile and minority existence. Ole Peter Grell follows the fortunes of some of the earliest Reformed merchant families, forced to flee from the Tuscan city of Lucca during the 1560s, through their journey to France during the Wars of Religion to the St Bartholomew Day Massacre and their search for refuge in Sedan. He traces the lives of these interconnected families over three generations as they settled in European cities from Geneva to London, marrying into the diaspora of Reformed merchants. Based on a potent combination of religion, commerce and family networks, these often wealthy merchants and highly skilled craftsmen were amongst the most successful of early modern capitalists. Brethren in Christ shows how this interconnected network, reinforced through marriage and enterprise, forged the backbone of international Calvinism in Reformation Europe.
Genre: Non-Fiction > History 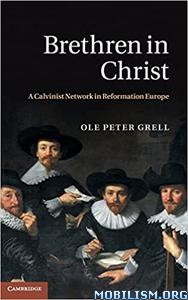 Sacral Kingship in Bourbon France: The Cult of Saint Louis, 1589 – 1830 by Sean Heath
Requirements: .PDF reader, 33 MB
Overview: Historians of the ancien régime have long been interested in the relationship between religion and politics, and yet many issues remain contentious, including the question of sacral monarchy. Scholars are divided over how – and, indeed, if – it actually operated. With its nuanced analysis of the cult of Saint Louis, covering a vast swathe of French history from the Wars of Religion through the zenith of absolute monarchy under Louis XIV to the French Revolution and Restoration.
Genre: Non-Fiction > History 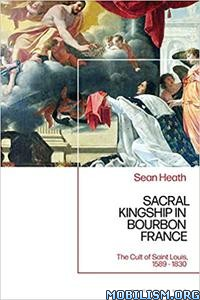 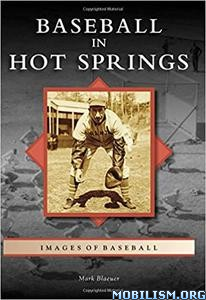