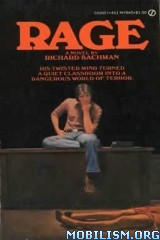 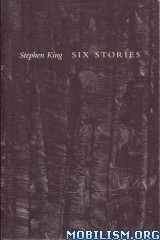 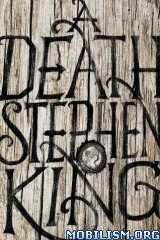 Rage (as Richard Bachman): A disturbed high-school student with authority problems kills one of his teachers and takes the rest of his class hostage. Over the course of one long, tense and unbearable hot afternoon, Charlie Decker explains what led him to this drastic sequence of events, while at the same time deconstructing the personalities of his classmates, forcing each one to justify his or her existence.

A Death: Short story. A Death tells the story of Jim Trusdale, not the sharpest tool in the shed, who is accused of killing 10-year-old Rebecca Cline on her birthday and stealing her silver dollar. The story is set in 1889 in the Dakotas, before it became part of the United States, as referenced in the story. It’s not a scary story, but one can be filled with horror at the thought of how justice worked in the Old West.

These Lifeless Things by Premee Mohamed
Requirements: .ePUB reader, 633 KB | Retail
Overview: Eva is a survivor. She’s not sure what she survived, exactly, only that They invaded without warning, killed nearly all of humanity, and relentlessly attack everyone who’s left. All she can do to stay sane, in the blockaded city that’s no longer home, is keep a journal about her struggle.

Fifty years later, Eva’s words are found by Emerson, a young anthropologist sent to the ruins to study what happened. The discovery could shed light on the Invasion, turning the unyielding mystery of the short war into a story of hope and defiance.
Genre: Fiction > Sci-Fi/Fantasy 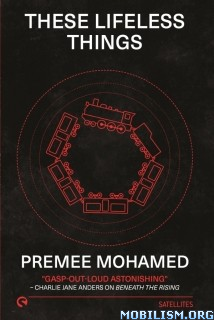 Immortal Path to Heaven by Cang Tian Bai He
Requirements: .ePUB reader, 2.9 MB
Overview: Ou Yangming was an orphan who was adopted by a reputable old blacksmith from a military camp. After working as a helper under the old man for years, he was given a chance to acquire the Military Fire—a trait allowing him to smith and restore equipment with the Military Fire produced from his hands. Gifted with mental power, Ou Yangming controlled his Military Fire unusually well and was also strangely talented in martial arts. On top of it, he could also attach Unique Attributes into weapons with a hundred-percent success rate. Those who belittled Ou Yangming because of his background and age eventually honored him so much that they would do anything to get their hands on his equipment. Little did Ou Yangming know that as he slowly unfolded the mysteries of the Military Fire and his mental power, he was advancing step by step on the immortal path to Heaven!
Genre: Fiction > Sci-Fi/Fantasy 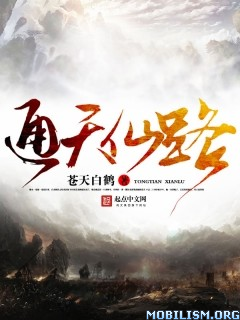 New chapters not posted? PM me and I will updated links with latest chapters available, As I don’t actively keep track of all translated novels.

I Became a Living Cheat (Riaru de Reberu Age Shitara Hobo Chītona Jinsei ni Natta) by Miki Nazuna
Requirements: .ePUB reader, 1.8 MB
Overview: If a man ‘Levels Up’, any boring work can be repeated endlessly―Natsuno Taiyou. “Talent” should be useful only in game, but even in reality how is it useful!? When Taiyou woke up he received a power from a fairy “The ability to Level Up in the real world”, but immediately when leveling up boring work, surprisingly ‘popularity’ had dropped down!―However, the charm level that was originally 0, has thank god become ‘65535′! Taiyou aims to level 100. And enjoy a harem life with seven brides.
Genre: Fiction > Sci-Fi/Fantasy 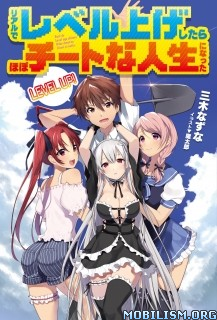 By mastering the mysteries of the Timegate, the Stasis has repeatedly steered mankind away from the brink of utter extinction. Through countless millennia, through the “mayfly flickerings” of innumerable transient civilizations, its members have intervened at critical junctions, reseeding the galaxy with viable potential survivors. In the process, they have reconfigured the basic structure of the universe, all in the name of human continuity.

Pierce is a newly recruited member of the Stasis, serving out a complex twenty-year apprenticeship while struggling to find his way through the paradoxical maze of history (and unhistory) that surrounds him. As his once simple existence expands and replicates over vast stretches of time, Pierce uncovers a new and unexpected destiny, one that will embroil him in the larger purposes of the Stasis and in the ultimate, unresolved fate of humanity itself.

Skillfully merging the threads of an individual life with the grandest, most overarching concerns, Palimpsest offers both visionary brilliance and narrative excitement in equal measure. Powerfully imagined, beautifully constructed, and written throughout with great economy of means, it is the kind of mind-expanding mini-epic that only science fiction-and only a master practitioner like Charles Stross-could produce.
Genre: Fiction > Sci-Fi/Fantasy 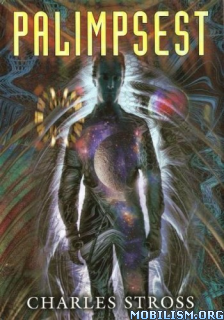 Steal Across the Sky by Nancy Kress
Requirements: .ePUB, .MOBI/.AZW reader, 887 KB
Overview: Aliens appeared one day, built a base on the moon, and put an ad on the internet. The Atoners claim to have wronged humanity ten thousand years before, and request 21 volunteers to visit seven planets and Witness for us. At first, everyone thought it was a joke. Three of those volunteers tell what they found on Kular A and Kular B.
Genre: Fiction > Sci-Fi/Fantasy 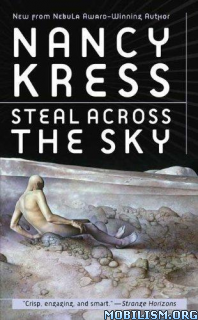 Griffin Mage Trilogy by Rachel Neumeier (Books 1-3)
Requirements: .ePUB reader, 1.9 MB
Overview: Rachel Neumeier started writing fiction to relax when she was a graduate student and needed a hobby unrelated to her research. Prior to selling her first fantasy novel, she had published only a few articles in venues such as The American Journal of Botany. However, finding that her interests did not lie in research, Rachel left academia and began to let her hobbies take over her life instead.
She now raises and shows dogs, gardens, cooks, and occasionally finds time to read. She works part-time for a tutoring program, though she tutors far more students in Math and Chemistry than in English Composition.
Genre: Fiction > Sci-Fi/Fantasy 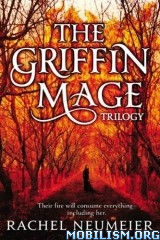 The Lord of the Changing Winds
Griffins lounged all around them, inscrutable as cats, brazen as summer. They turned their heads to look at Kes out of fierce, inhuman eyes. Their feathers, ruffled by the wind that came down the mountain, looked like they had been poured out of light; their lion haunches like they had been fashioned out of gold. A white griffin, close at hand, looked like it had been made of alabaster and white marble and then lit from within by white fire. Its eyes were the pitiless blue-white of the desert sky.
Little ever happens in the quiet villages of peaceful Feierabiand. The course of Kes’ life seems set: she’ll grow up to be an herb-woman and healer for the village of Minas Ford, never quite fitting in but always more or less accepted. And she’s content with that path — or she thinks she is. Until the day the griffins come down from the mountains, bringing with them the fiery wind of their desert and a desperate need for a healer. But what the griffins need is a healer who is not quite human . . . or a healer who can be made into something not quite human.

The Land of the Burning Sands
Gereint Enseichen of Casmantium knows little and cares less about the recent war in which his king tried to use griffins and fire to wrest territory from the neighboring country of Feierabiand…but he knows that his kingdom’s unexpected defeat offers him a chance to escape from his own servitude.
But now that the griffins find themselves in a position of strength, they are not inclined to forgive and the entire kingdom finds itself in deadly peril. Willing or not, Gereint will find himself caught up in a desperate struggle between the griffins and the last remaining Casmantian mage. Even the strongest gifts of making and building may not prove sufficient when the fiery wind of the griffins begins to bury the life of Casmantium beneath the burning sands . . .

Law of the Broken Earth
In Feierabiand, in the wide green Delta, far from the burning heat of the griffin’s desert, Mienthe’s peaceful life has been shaken. Tan – clever, cynical, and an experienced spy – has brought a deadly secret out of the neighboring country of Linularinum.
Now, as three countries and two species rush toward destruction, Mienthe fears that even her powerful cousin Bertaud may be neither able nor even willing to find a safe path between the secret Linularinum would kill to preserve and the desperate ferocity of the griffins. But can Mienthe?
And, in the end, will Tan help her . . . or do everything in his power to stand in her way?

Legacy of Dragonwand by Daniel Peyton (Legacy of Dragonwand Trilogy Book#1)
Requirements: .ePUB reader, 352 KB
Overview: Over 1000 years ago, nearly all the ancient wizards were destroyed after the Wizard Wars. However, the one who started the War still remains, having worked his will in secret. If he can find the last Dragonwand, he will regain his powers as the dark dragon. Unaware of the Dragonwand or the betrayer, sixteen-year-old Markus is looking for a wizard who will give him a letter of recommendation for the College of Wizardry. During his journey, he stumbles upon Tolen the Wise, who sends Markus on a quest to end the darkness and find the Dragonwand before it gets into the wrong hands. As Markus discovers growing powers and makes allies, will he find what he needs to complete Tolen’s task, or will the ancient, dark wizard uncover the Dragonwand and forever change the fate of the land of Gallenor?
Genre: Fiction > Sci-Fi/Fantasy 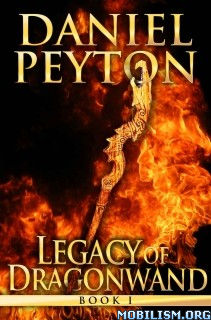 A Walk Between Stars by Tyler Parsons
Requirements: .ePUB reader, 212 KB
Overview: Roman Briggs has eight days to live.
Stranded and floating in deep space with no hope of rescue, simply feeding himself has become the most dangerous part of his daily routine. That is, until the Manti show up.
Unable to board the alien vessel, Briggs is forced to survive strapped to the hull of their ship as it hurtles through space.
Truly on the outside looking in, Briggs finds himself silently pulled into the daily lives of his alien saviors, window by window. Until he witnesses something he shouldn’t…
Genre: Fiction > Sci-Fi/Fantasy 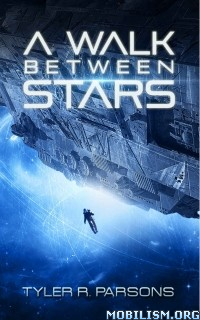 Hero Born by Andy Livingstone
Requirements: .ePUB reader, 958 KB
Overview: At the darkest hour, when all hope is lost, a hero is born.
When Brann is wrenched from his family home after witnessing its destruction and the death of those he holds dear, he is thrust into a life of slavery. Miles away, a deposed and forgotten Emperor seeks an instrument to use in his bid to rise once again to power. Ruthless and determined, nothing and no one will stand in his way. Brann might be the Emperor’s tool, but heroes can be forged in the most unlikely of ways…
Genre: Fiction > Sci-Fi/Fantasy 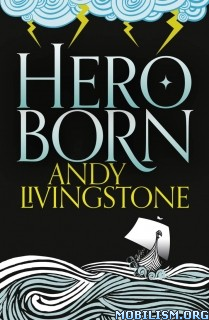