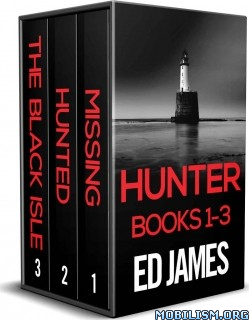 A straightforward domestic call out twists out of control when 16-year-old schoolgirl Stephanie Ferguson alleges her stepfather, Doug Ferguson, has been abusing her. Hunter is soon working with DS Chantal Jain of Police Scotland’s Sexual Offences Unit to kick off the prosecution. But before a full statement can be taken, Stephanie disappears from hospital.

Now, Hunter must hunt the girl down before anyone else can track her down. Where has Stephanie gone? Did she run? Or did someone take her? Will he get to the truth before it gets beaten into lies? Or before Stephanie is silenced for good…? And why does this case keep throwing up old enemies from Hunter’s past?

DC Craig Hunter of Police Scotland’s Sexual Offences Unit. Ex-Army. Back doing the work that drives him, that makes a difference.

Private Sean Tulloch. Squaddie. Monster. He charms women. Moves in, dominates them, abuses them. Under investigation by the Sexual Offences Unit and the Royal Military Police, his partner Paisley Sanderson receives a threat. Soon she’s in hospital and Tulloch is in the wind.

Now, Hunter and DS Chantal Jain must hunt Tulloch down before he can strike again. Where is he? How did he know they were investigating him? A simple trip to Portugal soon grows out of control. Will Hunter take down Tulloch before his already horrific crimes escalate? Are the Army Police really on their side? Is DI Bruce really hunting a missing child or do his intentions lie closer to Chantal? Can Hunter and Chantal overcome their very different but very similar demons? And, in Sean Tulloch, has Hunter finally met his match?

When a bungled raid leads DC Craig Hunter back to his old unit in Edinburgh, he has a chance to rebuild his career on a new high-profile case.

When he receives a mysterious message from his brother, Murray, indicating he might have been killed, Hunter must head up to the Scottish Highlands, desperate to pick up his brother’s trail in the Black Isle, the mysterious stretch just north of Inverness.

But the more Hunter digs, the less hope he has of learning Murray’s fate. What was Murray doing up there? Was it connected to his lucrative YouTube channel? Or worse, was it connected to the man housesitting for Murray — Hunter’s estranged father, Jock? 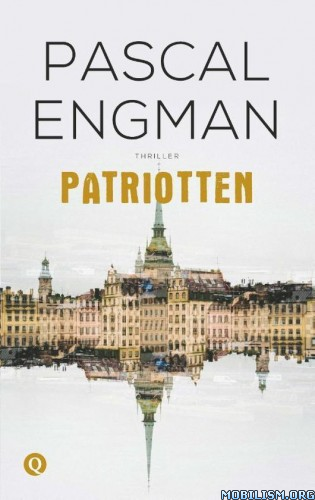 Echoes of Harbin by John Baxter King
Requirements: .ePUB Reader, 235 kB
Overview: Two elderly women are killed in different cities. A security guard is shot and left for dead. The crimes are linked to a notorious gang, though no motive can be established.
Joe Blatch has a personal interest in finding the killers. He finds much more than he ever anticipated.
From Virginia to Arkansas, from Armenia to Manchuria, comes a tale of brutality and treachery, of stolen riches, and a quest for vengeance that spans continents and generations.
Genre: Mystery/Thriller 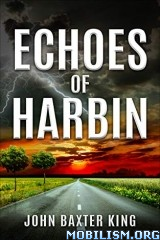 Out Of His Depth by Steven Lea
Requirements: .ePUB Reader, 342 kB
Overview: Recently bereaved ex-cop John Barker is enticed back to work by his boss who sends him on a cushy stakeout on Galaxy Starlight, a brand new cruise ship heading for the Caribbean.

When passengers start dying, mysteriously at first, then brutally out in the open, Barker realises there’s much more to it.
Aided by ship-singer Lucy Jones, Barker digs deeper despite repeated warnings, discovers more lives at stake, and that he’s more closely involved than he could have imagined.

Out of His Depth is a story of deception, murder, organised crime, revenge and betrayal, set on one of the world’s most modern and luxurious cruise ships.
Genre: Mystery/Thriller 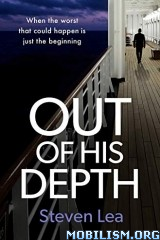 Death in the Grand Manor by Anne Morice (The Tessa Crichton Mysteries #1)
Requirements: .ePUB reader, 377 KB
Overview: ‘For God’s sake don’t get the idea that you’re Miss Marple. It could quite conceivably lead to your being whacked on the head.’

The narrator of this classic mystery is fashionable young actress, Tessa Crichton—obliged to turn private detective when murder strikes in the rural stronghold of Roakes Common. Leading hate-figures in the community are Mr. and Mrs. Cornford – the nouveaux riches of the local Manor House – suspected by some of malicious dog killing.

Tessa however has other things on her mind when she goes to stay with her cousin Toby and his wife Matilda. There’s her blossoming career, for one thing, not to mention coping with her eccentric cousins. Also the favourable impression made by a young man she meets under odd circumstances in the local pub. If it wasn’t for that dead body turning up in a ditch . . .

The murder mystery will lead Tessa to perilous danger, but she solves it herself, witty, blithe and soignée to the last.
Genre: Fiction > Mystery/Thriller 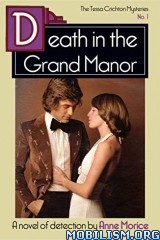 Dressed to Kill by Tegan Maher (Cori Sloane Witchy Werewolf #5)
Requirements: .ePUB/.AZW3/.MOBI reader, 741kb
Overview: Life couldn’t be better for Cori Sloane. She has a fabulous boyfriend, her town’s prospering, and for once, the local supernaturals are all playing nice. Sure, she still has to deal with a family feud here and there, but that’s par for the course when witches, werewolves, vampires, and all manner of shifters live in the same town.
Her peace and quiet end with a deafening crash when a fender bender turns into a murder investigation, and the prime suspect has friends in high places. Unfortunately, so did her ex. Though the woman swears she’s innocent, Cori knows she’s hiding something, and she’s determined to find out what before an innocent person goes to prison for a crime she didn’t commit.
This is book 5 in the Cori Sloane, Witchy Werewolf cozy mystery series. If you like your mysteries with a heaping helping of magic, southern sarcasm, and small-town gossip, then this is the book for you!
Genre: Cozy Paranormal 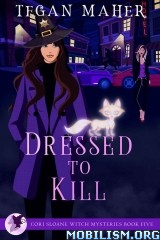 China Trade by S.J. Rozan (Lydia Chin & Bill Smith #1)
Requirements: .ePUB reader, 276KB
Overview: It’s a city within a city, of smells, sounds, dark shops, and close-knit families; it’s a world all its own. And in all of New York’s Chinatown, there is no one like P.I. Lydia Chin, who has a nose for trouble, a disapproving Chinese mother, and a partner named Bill Smith who’s been living above a bar for sixteen years.

Hired to find some precious stolen porcelain, Lydia follows a trail of clues from highbrow art dealers into a world of Chinese gangs. Suddenly, this case has become as complex as her community itself–and as deadly as a killer on the loose…
Genre: Fiction > Mystery/Thriller 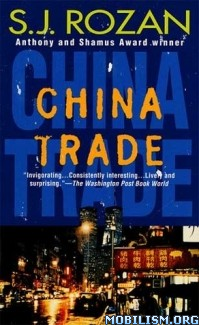 Download Murder by Patrick Logan (Detective Damien Drake #3)
Requirements: .ePUB reader, 612KB
Overview: There are more than 10 million ebooks available online, but there is only one that predicts murder before it happens.

Detective Damien Drake is from the old guard, and he doesn’t have time for reading, let alone staring at a glowing screen. But when gets called in to help with a case, he suddenly finds himself thrust into the world of digital books.

And one particular story, about murdered women, their lips painted bright red with their own blood, captivates not only Damien, but the entire world.

Except these books aren’t fiction, they’re real. But unlike other true crime stories, not all of these murders have been committed… yet.

Download Murder: A Terrifying Psychological Murder Mystery is the third book in the Detective Damien Drake Series, which merges the grittiness of the movie Se7en and the psychological breadth of Hannibal to create truly original detective stories that will make you want to lock your doors and stay inside… and turn off your tablet, computer, and eReader.
Genre: Fiction > Mystery/Thriller 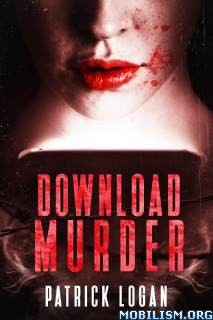 Millie Spark can kill anyone…….

A special effects make-up artist, her talent is to create realistic scenes of bloody violence.

Then, one day, she wakes to find her lover dead in her bed.

Twenty-five years later, her sentence for murder served, Millicent is ready to give up on her broken life – until she meets troubled film student and reluctant petty thief Jerry.

Together, they begin to discover that all was not what it seemed on that fateful night . . . and someone doesn’t want them to find out why.
Genre: Fiction > Mystery/Thriller 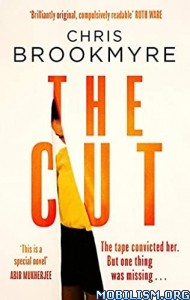 Lexi is not all that happy she’s been killed before her latest book can be published—a scandalous drama not-so-loosely based on the secrets of those in her real life. She wants revenge for her death, but there are more suspects to the killing than Gianna can keep straight. On top of that, the bride-to-be asks Gianna to step into Lexi’s ridiculously high stilettos and become her new maid of honor. With only a week before the wedding, the clock is ticking down for Gianna to find a killer. Seven days of giggly women, angry relatives, and a ghost who is more vengeful than helpful. While Gianna keeps her attention on a houseful of suspects, a killer watches her every move…and if Gianna isn’t careful, they just may strike again!
Genre: Fiction > Mystery/Thriller 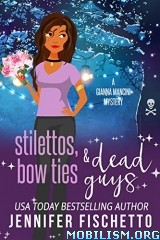