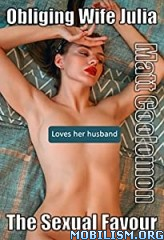 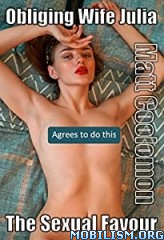 Obliging Wife Julia: Loves her husband (#1)
Julia has done this before, back in highschool, for the football guys she and her girlfriends used to hang around with. There used to be wet t-shirt contests, and it was fun to flash your boobs at a passing boat or whatever. Now on a roadtrip with her husband, she’s feeling naughty enough to try it again.

It’s all sexy fun on a holiday at the lake when a near-death experience for Rodney and heroic act by another man turns things rather serious.

Obliging Wife Julia: Agrees to do this (#2)
Young wife Julia was already on a path to more open sexuality with her husband. They had begun teasing each other with ideas of her flashing other men and being hit on while she was alone or out with girlfriends. The fact that they now owe a debt of life and death to a lonely man in desperate need of a woman’s touch has them both even more curious.

Rodney is a matchstick man. It’s an old nickname from school and still fits in his early adulthood. He gets that his wife is attracted to muscular men. It’s something he’s always had to deal with and accept, being looked at unfavourably in comparison. It’s only a physical thing though. It means nothing, and his super-hot wife is more interested in his brains and ability to provide for her. He knows and understands that entirely, and he’s wondering if he could handle letting her be with one of these muscle men. It’s something he strangely finds arousing. 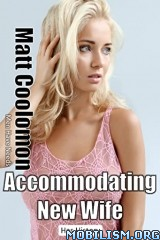 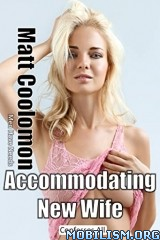 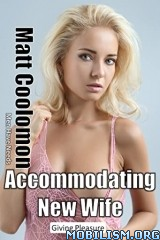 1. Accommodating New Wife: Has History
Hailey is a young single woman who has this thing about taking care of men’s needs. She feels the natural order of things is for a guy and girl to fit together in that way, and she doesn’t like for her male friends to be missing out at all. After a couple of years allowing the guys at the marina sex though, she has decided to put things on hold for a while.
Archie is a single guy with a nice bungalow and a good job. He’s got some savings and is ready to find a girl and settle down, maybe buy a house, start a family. He’s about to bump into his ex-girlfriend from school, who he hasn’t seen in a few years.

2. Accommodating New Wife: Confesses All
Newly married Hailey and Archie are fascinated with the goings on next door. It seems the old guy is inviting a friend around to share his wife. Archie is stunned and can’t comprehend why a man would allow that. Hailey has an explanation for her husband and convinces him that the husband is being kind to his friend and the wife is probably enjoying herself while helping the guy out, and also putting on a live sex show for her husband. So it’s win-win-win all around right?

The whole idea has implication because young husband Archie owes a virgin male friend his life, due to a near drowning incident when they were kids. This unfortunate friend is 23 and no woman has ever even looked at him, while extremely fortunate Archie is having sex with his pretty blond wife every night.

3. Accommodating New Wife: Giving Pleasure
Hailey is returning home to her father’s marina to live and is bringing her new husband with her. The fact that she used to have sex with all the single guys at the marina was always going to be an issue. She decided to confess this to her husband before the move. She even agreed to allow one of her husband’s virgin friends to have sex with her, hoping to open his mind to the idea of free-love.

Young husband Archie is a bit intimidated by the men at the marina. They will be wanting to have sex with his wife and he thinks he’s probably going to let them. As long as they don’t get her pregnant! 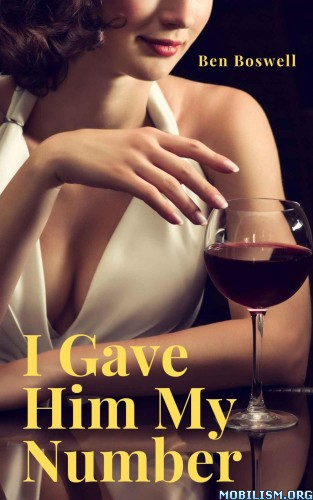 Shy Plays, High Stakes by Arnica Butler
Requirements: .ePUB reader, 189kb
Overview: Mike has a gorgeous wife who has been slowly, shyly opening up to his hotwife fantasy. She’s even been willing to play what they call “the game,” flirting with strangers while he watches.

Mikealso has a good buddy, endowed with bad-boy looks, sizeable biceps, and all kinds of know-how and charm. He’s also open to just about anything – he’s the whole reason the lifestyle is even on Shiloh’s radar.

Mike also has a problem. He’s thousands of miles away on long-term international business, while his buddy Joey is taking care of “stuff” and keeping an eye on Shiloh.

Sure, Mike is hoping that Shiloh will dip more than her toe in the hotwife lifestyle, but with Joey leading, you don’t always know where you’ll end up. He could be leading Shiloh toward the fulfillment of Mike’s fantasies… 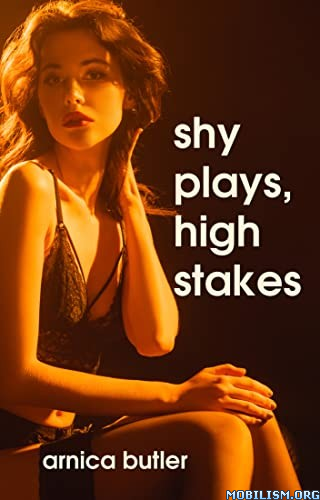 Her Dangerous Passion by TJ Mack
Requirements: .ePUB .MOBI reader, 175kb
Overview: When beautiful flight attendant and model Anastasia’s husband Timothy suggests she go out with another man to hot up their lacklustre bedroom relationship, she is at first not interested. But then she meets the handsome and rich Brad on her flight and everything changes. 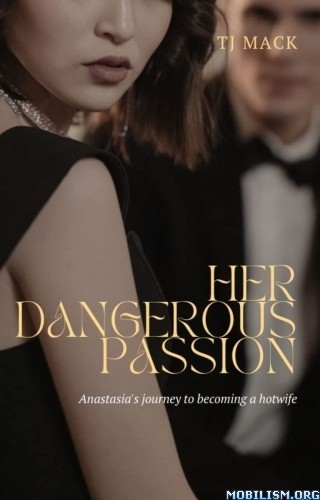 Insidious by Tamsen Parker (The After Hours Series)
Requirements: .ePUB reader, 421kb
Overview: Going to college is the escape I’ve been waiting for. The cage of my Upper East Side childhood may have been gilded, but it was still a cage my toxic family kept me in.

I have a new best friend who introduces me to kink, and also to the man who will rule my world for the next six years. After fighting so hard to be free, I never expected to crave bondage and submission so much. 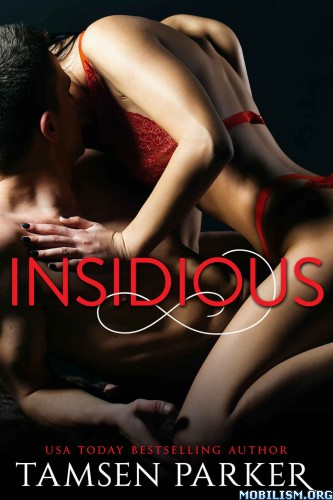 Our New Plaything by Matt Tims
Requirements: .ePUB reader, 212kb
Overview: John and Abby finally have the house to themselves after sending the last of their boys off to college. They both have so much on their plate. John plans to grow his business like never before, while Abby can’t wait to explore her hobbies and book a dream vacation to Greece.

But then Abby invites her friend’s eighteen-year-old niece to stay with them until she finishes high school after learning that the girl needs a place to live for the next three months. 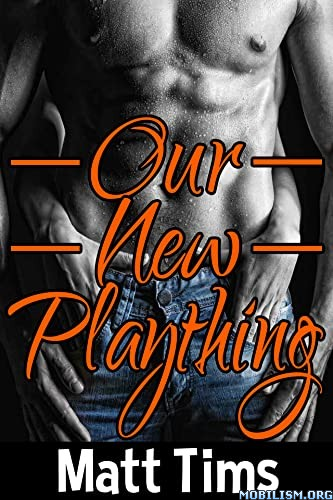 Programming His Household: Complete Bundle (#1-7) by Rick Ranger
Requirements: .ePUB, .MOBI/.AZW reader, 860 KB
Overview: I’m a sophomore in college. I spend a lot of time working out. And I’m definitely in shape. I also have certain assets the ladies love.

The thing is, I never expected the women in my household to find those assets appealing. Had it not been for a special program I discovered on my computer, I would never have explained their strange behavior. But Sarah and Grace are definitely acting odd around me… in a way that I find quite desirable.

The program doesn’t just make them act different—it gives me ultimate control over them, too.

The question is: what am I going to do with my newfound power? 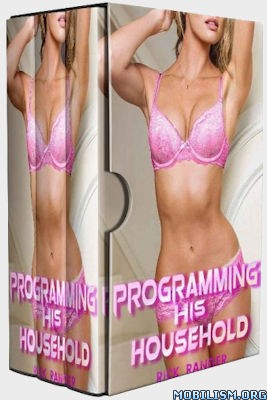 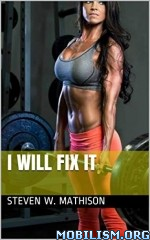 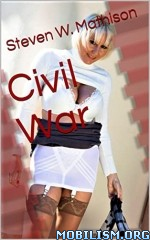 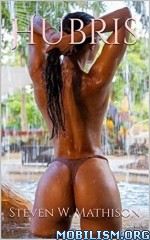 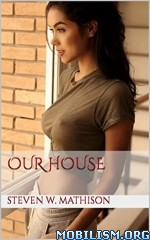 I Will Fix It
Michael Nesbitt has a problem. He is obese, a drunk, a chain smoker… and he hasn’t touched his wife Linda in a year. She has had enough, and she takes Michael’s best friend as a lover to prove her point. She and Michael had been attached at the hip since High School, nearly 15 years before… but, now she gives him an ultimatum. Get himself in shape again, or hit the road – and she will be keeping company with Charlie, Michael’s best friend, while Michael takes care of business. Linda has given him one year to make things right again. Michael hits the road. He has one leg, most of his body, and all but one toe in the grave as things stand. He joins a gym and falls flat on his face. Lying on his back, a quivering mess, an Amazon of a woman, a weight room gym rat, makes Michael a promise: I Will Fix It

Civil War
Joseph Banks is having a terrible year. He is sixty-one years old, has a bad heart, and because of that, suffers from erectile dysfunction. His wife of forty-two years had lost her patience and sought relief with a young man just above the legal age to drink. She does not view her affair as cheating, and refuses to stop once Joseph discovers her secret. She brings the entire family in for an intervention. Not one adult in the family supports Joseph’s objection, or his demand that his wife cease her infidelity, particularly in his home. The only family supporting Joseph are his three teenaged granddaughters. Civil war breaks out in the family once his wife begins insisting Joseph meet and befriend her young lover, who she wants the entire family to embrace. Loyalty is loyalty, and betrayal is betrayal. There is no uglier, or more vicious war, than a civil war.

Hubris
Vicky elected to walk a path so many others had. She had it all – a wonderful, kind, lovingly devoted husband of twenty years, a great circle of friends, a son and daughter now in college and excelling in their course work. Her husband earned a high seven figures a year, and she, herself, earned over to six figures a year. They had a beautiful home and an exciting, affectionate, stress-free loving family.
Vicky wanted more… just a bit more, and just for the hell of it. Just because she could. And why not? She well knew her husband would be upset, and she also knew she could manage her husband’s anguish. She had it all worked out, every angle examined and fool-proofed. Her husband… the gentle, loving man that he was… would have an initial conniption fit, and she would counter his anger with the plan-within-the-plan. The scales would balance and all would be as it should be.
Vicky was a smart woman and an exceptional negotiator. She knew she could manage this little hiccup in her wondrous world with her eyes closed.
Hubris being what it is, she thought of her husband as a cuddly little puppy in her lap. A few gentle words, a gentle petting, and a gentle pull on his tail…
Brad is no puppy, though. That tail she intends to pull is a tiger’s tail, and this tiger doesn’t care for having its tail pulled.
Only a fool yanks a tiger’s tail.

Our House
Rob Sterling was a stellar student in High School. He was just as stellar in College… until he decided College wasn’t doing it for him. So, he went home… where he was told he needed to find himself something to occupy his time.
Something like a job. What to do? What to do?
Well, if you’re Rob Sterling you decide to buy a very old house and renovate it. You also decide to Youtube the renovation and keep a journal… which later becomes published. And then, driving home in the worst near freezing torrential rain storm in recorded history, he nearly runs down his worst nemesis in the world. She was standing in the road nearly frozen to death. What’s Rob to do except bring her home with him? What could possibly go wrong with having the most hateful creature he had ever known living with him? People change… don’t they?