It by Alexa Chung
Requirements: .ePUB reader, 4.45 mb.
Overview: With influences that range from Jane Birkin to Mick Jagger, Alexa Chung is a unique fashion icon. Her first book, It, provides her legion of fans with a long-awaited inside look at her world. A truly one-off collection of Alexa’s personal writings, drawings and photographs, It covers everything from her thoughts on life, love and music to her favourite looks and how to decide what to wear in the morning. With wit, charm and a refreshingly down-to-earth attitude, this gorgeously designed full-colour book is a must-have for anyone who loves fashion, music and just about everything Alexa Chung.
Genre: Non-Fiction > General 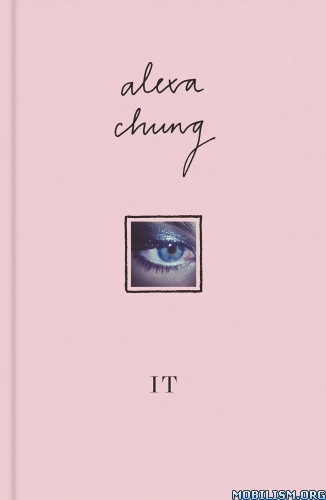 Decoding Digital: What Is Cryptocurrency: A Simple Guide To Understanding Digital Currencies And Profiting From The Next Boom In The Industry by Cahill Camden
Requirements: .ePUB reader, 8 MB
Overview: I’m sure you have more than a few questions on your mind. I get it. You’re looking for an expert to help you get answers – but you don’t want all of that “tech talk” and jargon that comes with a lot of books out there.
Genre: Non-Fiction > General 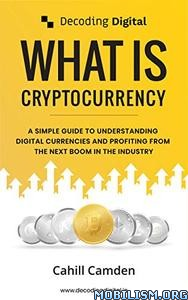 Taxes for Small Business: Advanced And Effective Methods Of Tax Process For Small Businesses by Abraham Douglas
Requirements: .ePUB, .PDF reader, 1.8 MB
Overview: However, the season of taxation can be quite taxing if you don’t know how to calculate your taxes. Even if you have someone to do your taxes for you, it will always come in handy to know how taxes are calculated and also to ensure that you aren’t paying anything more or less than what you are supposed to be paying. The concepts mentioned in this book will help you understand the details of different taxes for small businesses and what all you need to know while filing your taxes.
Genre: Non-Fiction > General 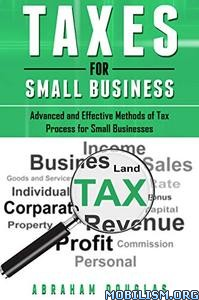 Woodworking for beginners: 17 Project and Practical Techniques you should apply by Paul Berger
Requirements: .ePUB, .PDF reader, 2.2 MB
Overview: Woodworking can be tremendously satisfying and even a life-changing hobby! Producing work with wood can lead to skills you never knew you could have and maybe even feed your wallet. Who wouldn’t love that right?
Genre: Non-Fiction > General 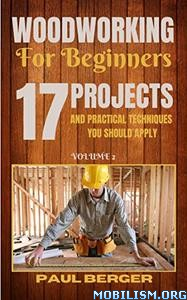 Philosophy and the Puzzles of Hamlet: A Study of Shakespeare’s Method by Leon Harold Craig
Requirements: .ePUB reader, 688 KB
Overview: Shakespeare’s famous play, Hamlet, has been the subject of more scholarly analysis and criticism than any other work of literature in human history. For all of its generally acknowledged virtues, however, it has also been treated as problematic in a raft of ways.

In Philosophy and the Puzzles of Hamlet, Leon Craig explains that the most oft-cited problems and criticisms are actually solvable puzzles. Through a close reading of the philosophical problems presented in Hamlet, Craig attempts to provide solutions to these puzzles.

The posing of puzzles, some more conspicuous, others less so, is fundamental to Shakespeare’s philosophical method and purpose. That is, he has crafted his plays, and Hamlet in particular, so as to stimulate philosophical activity in the “judicious” (as distinct from the “unskillful”) readers. By virtue of showing what so many critics treat as faults or flaws are actually intended to be interpretive challenges, Craig aims to raise appreciation for the overall coherence of Hamlet: that there is more logical rigor to its plot and psychological plausibility to its characterizations than is generally granted, even by its professed admirers.

Philosophy and the Puzzles of Hamlet endeavors to make clear why Hamlet, as a work of reason, is far better than is generally recognized, and proves its author to be, not simply the premier poet and playwright he is already universally acknowledged to be, but a philosopher in his own right.
Genre: Non-Fiction > General 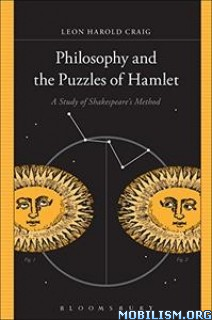 How to Keep a Sketchbook Journal by Claudia Nice
Requirements: .ePUB reader, 6 MB
Overview: Keep a sketchbook journal and explore your world, preserve your thoughts and celebrate life!More than a diary of written words, a sketchbook journal allows you to indulge your imagination and exercise your artistic creativity. It is a personal, private place where you have unlimited freedom to express yourself, experiment, discover, dream and document your world. The possibilities are endless.In How to Keep a Sketchbook Journal, Claudia Nice shows you samples from her own journals and provides you with advice and encouragement for keeping your own. She reviews types of journals, from theme and garden journals to travel journals and fantasy sketchbooks, as well as the basic techniques for using pencils, pens, brushes, inks and watercolors to capture your thoughts and impressions.Exactly what goes in your journal is up to you. Sketch quickly to capture a thought or image before it vanishes. Draw or paint with care, to render an idea or vision as realistically as possible. Write about what you see. The choice is yours–and the memories you’ll preserve will last a lifetime.
Genre: Non-Fiction > General 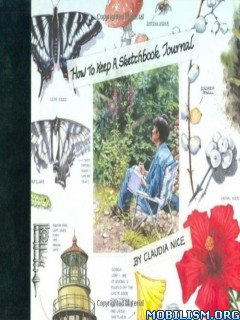 Drawing in Pen & Ink by Claudia Nice
Requirements: .ePUB reader, 12 MB
Overview: Got a yearning to pick up a pen and see what you can do? Go for it! But don’t sketch alone—let popular artist and teacher Claudia Nice be your guide. She’ll make your first steps fun and successful!

In her trademark style—friendly and encouraging—Claudia will show you how to do a sketch of a subject that actually ends up looking like the subject. And she shares her secrets for turning simple lines and dots into all kinds of lifelike textures, including leaves, glass, hair, fruit, water, clouds, wood grain, grass, fur and feathers.

Easy (and fun!) exercises get you started. Step-by-step projects teach techniques as you draw trees, flowers, barns, animals and other subjects—even people! And demonstrations show you how to put all that you’ve learned together to create a finished picture.

So go ahead—grab that pen and have fun! Just follow along with Claudia to get the hang of it, and before you know it you’ll be making your own, original pen-and-ink drawings!
Genre: Non-Fiction > General 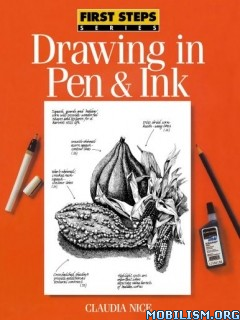 Sketching Outdoors in Spring by Jim Arnosky
Requirements: .PDF reader, 11 MB
Overview: Expanding on the philosophy expressed in his award-winning Drawing from Nature, Jim Arnosky encourages artists of all ages to explore the outdoors in their sketchbooks. Provides drawings of landscapes, plants, animals, and other aspects ol nature accompanied in comments from the artist on how and why he drew them.
Genre: Non-Fiction > General 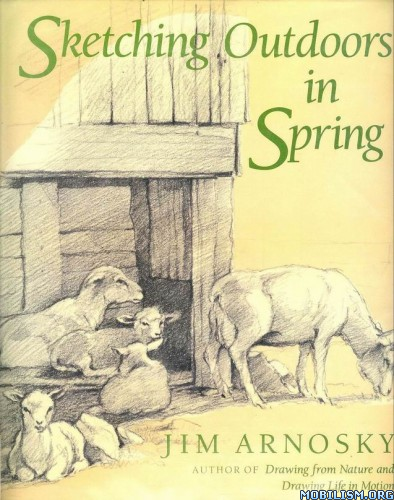 Big Friendship: How We Keep Each Other Close by Aminatou Sow, Ann Friedman
Requirements: .ePUB reader, 2.4 MB
Overview: A close friendship is one of the most influential and important relationships a human life can contain. Anyone will tell you that! But for all the rosy sentiments surrounding friendship, most people don’t talk much about what it really takes to stay close for the long haul.

Now two friends, Aminatou Sow and Ann Friedman, tell the story of their equally messy and life-affirming Big Friendship in this honest and hilarious book that chronicles their first decade in one another’s lives. As the hosts of the hit podcast Call Your Girlfriend, they’ve become known for frank and intimate conversations. In this book, they bring that energy to their own friendship—its joys and its pitfalls.

Aminatou and Ann define Big Friendship as a strong, significant bond that transcends life phases, geographical locations, and emotional shifts. And they should know: the two have had moments of charmed bliss and deep frustration, of profound connection and gut-wrenching alienation. They have weathered life-threatening health scares, getting fired from their dream jobs, and one unfortunate Thanksgiving dinner eaten in a car in a parking lot in Rancho Cucamonga. Through interviews with friends and experts, they have come to understand that their struggles are not unique. And that the most important part of a Big Friendship is making the decision to invest in one another again and again.
Genre: Non-Fiction > General 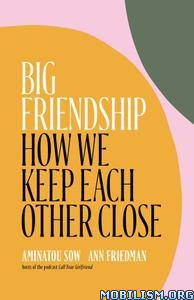 The New One: Painfully True Stories from a Reluctant Dad by Mike Birbiglia, J. Hope Stein
Requirements: .ePUB reader, 2 MB
Overview: With laugh-out-loud funny parenting observations, the New York Times bestselling author and award-winning comedian delivers a book that is perfect for anyone who has ever raised a child, been a child, or refuses to stop acting like one.

In 2016 comedian Mike Birbiglia and poet Jennifer Hope Stein took their fourteen-month-old daughter Oona to the Nantucket Film Festival. When the festival director picked them up at the airport she asked Mike if he would perform at the storytelling night. She said, “The theme of the stories is jealousy.”

Jen quipped, “You’re jealous of Oona. You should talk about that.”

And so Mike began sharing some of his darkest and funniest thoughts about the decision to have a child. Jen and Mike revealed to each other their sides of what had gone down during Jen’s pregnancy and that first year with their child. Over the next couple years, these stories evolved into a Broadway show, and the more Mike performed it the more he heard how it resonated – not just with parents but also people who resist all kinds of change.
Genre: Non-Fiction > General 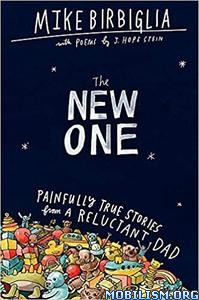