The Giant’s Almanac by Andrew Zurcher (Twelve Nights #2)
Requirements: .ePUB reader, 2.7 MB | Retail
Overview: Fitz thinks he is an ordinary eleven-year-old and loves to turn simple things into mini-adventures, like sneaking next door and filching books from Mr Ahmadi’s vast library of mysterious tomes, and goading the guard dog into giving breakneck chase.

But one tranquil evening three sharp knocks on the front door change everything . . .

Now on the run from a threat that has been waiting his entire life, Fitz’s only hope is to put his life in the hands of his enigmatic neighbour, Mr Ahmadi. Taken on as an apprentice in a secret society who keep all they really do cloaked in mystery, Fitz has to quickly learn the ropes within the most skilful, most powerful, most dangerous and wealthiest organisation in the world . . .
Genre: Fiction > Children/Young Adult 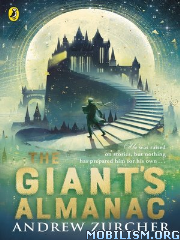 The Boy at the End of the World by Greg Van Eekhout
Requirements: .ePUB reader, 2.0MB
Overview: Fisher is the last boy on earth-and things are not looking good for the human race. Only Fisher made it out alive after the carefully crafted survival bunker where Fisher and dozens of other humans had been sleeping was destroyed.
Luckily, Fisher is not totally alone. He meets a broken robot he names Click, whose programmed purpose-to help Fisher “continue existing”-makes it act an awful lot like an overprotective parent. Together, Fisher and Click uncover evidence that there may be a second survival bunker far to the west. In prose that skips from hilarious to touching and back in a heartbeat, Greg van Eekhout brings us a thrilling story of survival that becomes a journey to a new hope-if Fisher can continue existing long enough to get there.
Genre: Fiction > Children/Young Adult > Fantasy 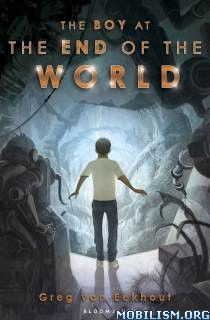 Thirteen Pearls by Melaina Faranda (Girlfriend Fiction #18)
Requirements: .ePUB, .PDF reader, 1.2 Mb
Overview: Edie Sparks has grand plans. She’s building a boat to sail solo around the world, but she needs cash, and fast. So when her uncle offers her good money to work on his island pearl farm for six weeks she jumps at the chance. All she has to do is baby-sit her little cousin and help with the cooking and cleaning – how hard could it be?
But soon Edie is wrangling a monster-brat, struggling to find exciting new ways to cook fish, arguing with her uncle and being wooed by two handsome boys. The work is hard and thankless and an isolated island off the coast of Far North Queensland turns out to be not as idyllic as it sound – especially when she has no control over the powerful forces of nature.
Genre: Fiction > Children/Young Adult

The Threads of Magic by Alison Croggon
Requirements: .ePUB reader, 5.7 MB
Overview: Pip lives by his wits in the city of Clarel. But when he picks the wrong pocket, Pip finds himself in possession of a strange dried heart in a silver casket—and those who lost it will stop at nothing to get it back. With assassins on his trail and the ominous heart beginning to whisper to him, Pip and his childlike older sister El are drawn deeper into the forbidden world of magic. Now they must seek the help of the secret witches of Clarel and Princess Georgette—who is sick of being a pawn in everyone else’s game—to wage revolution against a chilling king, a power-hungry church cardinal, and an ancient evil they don’t truly understand. A beautifully written adventure full of courage and kindness, The Threads of Magic transports readers to a magical city of airy palaces and rotten slums, of agents of the Office of Witchcraft Examination and midsummer dancing in the Weavers’ Quarter, of dangerous fathers and chosen family.
Genre: Fiction > Children/Young Adult 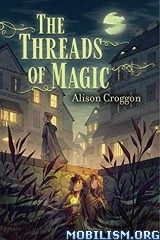 The Last Windwitch by Jennifer Adam
Requirements: .ePUB reader, 3.3 MB
Overview: Many years ago, in the kingdom of Fenwood Reach, there was a powerful Windwitch who wove the seasons, keeping the land bountiful and the people happy. But then a dark magic drove her from the realm, and the world fell into chaos.

Brida is content in her small village of Oak Hollow. There, she’s plenty occupied trying to convince her fickle magic to actually do what it’s meant to in her work as a hedgewitch’s apprentice—until she accidentally catches the attention of the wicked queen.

On the run from the queen’s huntsman and her all-seeing Crow spies, Brida discovers the truth about her family, her magic, and who she is destined to be—and that she may hold the power to defeating the wicked queen and setting the kingdom right again.
Genre: Fiction > Children/Young Adult 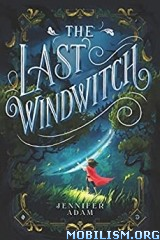 Cece Rios and the Desert of Souls by Kaela Rivera
Requirements: .ePUB reader, 1.0 MB
Overview: When a powerful desert spirit kidnaps her sister, Cece Rios must learn forbidden magic to get her back.

Living in the remote town of Tierra del Sol is dangerous, especially in the criatura months, when powerful spirits roam the desert and threaten humankind. But Cecelia Rios has always believed there was more to the criaturas, much to her family’s disapproval. After all, only brujas—humans who capture and control criaturas—consort with the spirits, and brujeria is a terrible crime.

When her older sister, Juana, is kidnapped by El Sombrerón, a powerful dark criatura, Cece is determined to bring Juana back. To get into Devil’s Alley, though, she’ll have to become a bruja herself—while hiding her quest from her parents, her town, and the other brujas. Thankfully, the legendary criatura Coyote has a soft spot for humans and agrees to help her on her journey.

With him at her side, Cece sets out to reunite her family—and maybe even change what it means to be a bruja along the way.
Genre: Fiction > Children/Young Adult 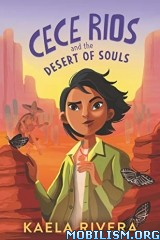 The Sky Above Us by Natalie Lund
Requirements: .ePUB readers, 1.4 MB | Retail
Overview: From the author of We Speak in Storms comes a twisty, psychological thriller about three friends searching for the truth in the aftermath of a plane crash.

The morning after their senior year beach party, Izzy, Cass, and Janie are woken by a thundering overhead. Then they and their classmates watch in shock as a plane crashes into the water. When the passengers are finally recovered, they are identified as Izzy’s twin brother, Israel, Cass’s ex-boyfriend, Shane, and Janie’s best friend, Nate. But Izzy can feel when her brother is in pain, and she knows he’s not really dead. So she, Cass, and Janie set out to discover what actually happened that day–and why the boys were on the plane.

Told in alternating timelines and points of view, this powerful and captivating novel follows the three boys in the weeks leading up to that fateful flight, and the girls they left behind as they try to piece together the truth about the boys they loved and thought they knew. A spellbinding story about the ripple effects of tragedy, the questions we leave unanswered, and the enduring power of friendship.
Genre: Fiction > YA, Mystery/Thriller 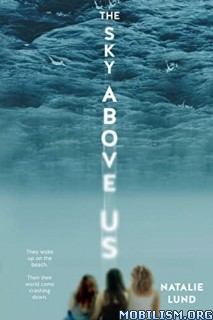 New girl Rachel Chavez is eager to make a fresh start at Manchester Prep. But as one of the few scholarship kids, Rachel struggles to fit in, and when she gets caught up in a prank gone awry, she ends up with more enemies than friends.

To her surprise, however, the prank attracts the attention of the Mary Shelley Club, a secret club of students with one objective: come up with the scariest prank to orchestrate real fear. But as the pranks escalate, the competition turns cutthroat and takes on a life of its own.

When the tables are turned and someone targets the club itself, Rachel must track down the real-life monster in their midst . . . even if it means finally confronting the dark secrets from her past.
Genre: Fiction > YA, Thriller, Horror 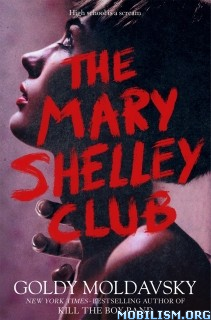 When the Rebel Queen is captured, Kiva is charged with keeping the terminally ill woman alive long enough for her to undergo the Trial by Ordeal: a series of elemental challenges against the torments of air, fire, water, and earth, assigned to only the most dangerous of criminals.

Then a coded message from Kiva’s family arrives, containing a single order: “Don’t let her die. We are coming.” Aware that the Trials will kill the sickly queen, Kiva risks her own life to volunteer in her place. If she succeeds, both she and the queen will be granted their freedom.

But no one has ever survived.

With an incurable plague sweeping Zalindov, a mysterious new inmate fighting for Kiva’s heart, and a prison rebellion brewing, Kiva can’t escape the terrible feeling that her trials have only just begun. 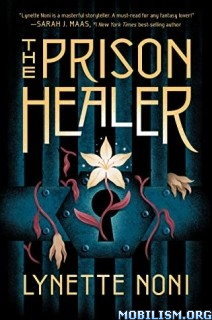 Esta isn’t a stranger to high-stakes heists. She’s a seasoned thief who has no reservations about using her affinity for time to give her an edge, and she’s trained her whole life for one mission: travel back to 1902 New York, steal the ancient Book of Mysteries, and use its power to destroy the Brink and free the Mageus from the Order’s control. But the Book held a danger that no one anticipated—Seshat, an angry goddess was trapped within its pages. Now that terrible power lives within Harte, and if given the chance, Seshat will use Esta to destroy the world and take her revenge.

Only Esta and Harte stand in her way. Yet in their search to recover the elemental stones needed to bind Seshat’s power, Esta and Harte have found themselves stranded in time with a continent between them. As Esta fights to get back to Harte, the Order is no longer the only obstacle standing in her way.

Saving Harte—and magic itself—will put even Esta’s skills to the test. And all the while, another danger grows, one more terrible than both Seshat and the Order combined…
Genre: Fiction > Children/Young Adult 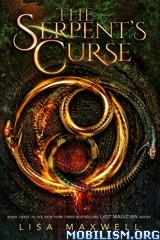