The Viṣṇu Purāṇa: Ancient Annals of the God with Lotus Eyes by McComas Taylor – Translator
Requirements: .ePUB, .PDF reader, 7 mb
Overview: Viṣṇu is a central deity in the Hindu pantheon, especially in his manifestation as the seductive cattle-herding youth, Kṛṣṇa. The purāṇas are sacred texts, which, as the Sanskrit name implies, are collections of narratives from ‘long ago’. The Viṣṇu Purāṇa is thus an ancient account of the universe and guide to life, which places Viṣṇu-Kṛṣṇa at the centre of creation, theology and reality itself.

This text, composed about 1,500 years ago, provides a comprehensive and accessible introduction to the most important themes and narratives that constitute the Hindu imagination: the creation and destruction of the universe, the origin of gods and mortals, the peopling of the world, and the structure and conduct of ideal brahminical society.

The Viṣṇu Purāṇa describes the trials of exemplary devotees, the existential struggles between gods and demons, and the exploits of legendary cultural heroes. It also contains many ecstatic songs of praise for the deity. The ever-popular accounts of Kṛṣṇa’s love games with the cattle-herding girls of Vṛṇdāvana, which have proliferated in literature, dance, song and visual arts over the millennia, are found here in authoritative form.

This faithful yet fluent blank-verse rendering of this great Hindu classic is the first new English translation in nearly 200 years. It will be welcomed by the scholarly community, while remaining readily accessible to a general readership.
Genre: Non-Fiction > Faith, Beliefs & Philosophy 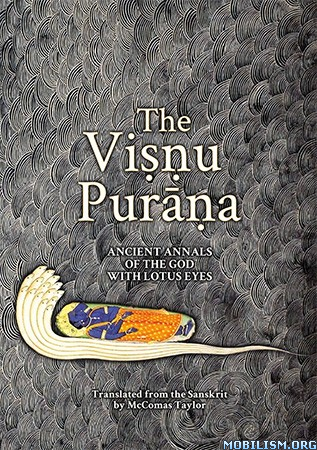 Forbidden Science: From Ancient Technologies to Free Energy by J. Douglas Kenyon
Requirements: .ePUB reader, 4,2 MB
Overview: Reveals the cutting edge of New Science and shows how established science disallows inquiry that challenges the status quo–even when it produces verifiable results. Following the model of his bestselling Forbidden History and Forbidden Religion, J. Douglas Kenyon has assembled from his bimonthly journal, Atlantis Rising, material that explores science and technology that has been suppressed by the orthodox scientific community–from the true function of the Great Pyramid and the megaliths at Nabta Playa to Immanuel Velikovsky’s astronomical insights, free energy from space, cold fusion, and Rupert Sheldrake’s research into telepathy and ESP.
Genre: Non-Fiction > Faith, Beliefs & Philosophy Stilling the Mind: Shamatha Teachings from Dudjom Lingpa’s Vajra Essence by B. Alan Wallace, Brian Hodel
Requirements: .PDF reader, 28MB
Overview: In his previous book, The Attention Revolution, bestselling author Alan Wallace guided readers through the stages of shamatha, a meditation for focusing the mind. In Stilling the Mind, he uses the wisdom of Dzogchen–the highest of all the meditation traditions–to open up the shamatha practice into a space of vast freedom. Here, Wallace introduces us to Dudjom Lingpa’s Vajra Essence, one of the most cherished works of the Nyingma school from which Dzogchen stems. With his trademark enthusiasm and keen intelligence, Wallace makes obscure concepts intelligible to contemporary readers and allows us to glimpse the profound realizations of a great nineteenth-century spiritual adept.
Genre: Non-Fiction > Faith, Beliefs & Philosophy 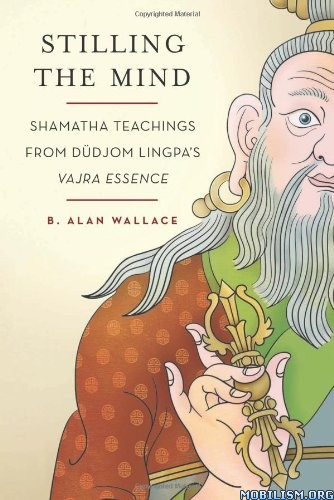 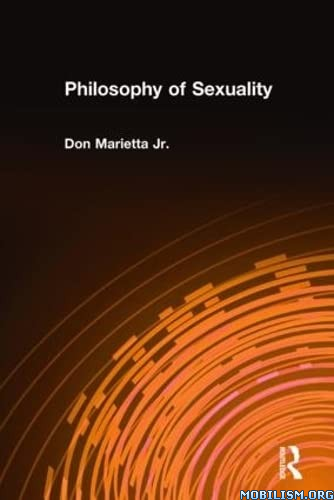 Determined to Believe?: The Sovereignty of God, Freedom, Faith, and Human Responsibility by John C. Lennox
Requirements: .ePUB, .PDF reader, 3.7MB
Overview: A serious biblical and philosophical investigation of theological determinism: the idea that everything that happens has already been decided by God, including who will and won’t be saved.

This book was written for those who are interested in, or troubled by, questions about God’s sovereignty and human freedom and responsibility. Christian apologist John Lennox writes in the spirit of helping people understand the biblical treatment of these concepts.

In this mind-bending review of the topics of theological determinism, predestination, election, and foreknowledge, Lennox:

Defines the problem, considering the concept of freedom, the different kinds of determinism, and the moral issues these pose.

Explores the range of theological opinion and unpacks what the Bible—especially the gospels and Paul’s letter to the Romans—teaches about human and sovereign will.

Addresses the question of Christian assurance: how can I know if I have salvation?

This nuanced and detailed study challenges some of the widely held assumptions about theological determinism and brings a fresh perspective to the debate.

This book is for anyone who’s asked questions like:

Is my decision to believe or disbelieve in Jesus actually my decision?

Is it possible for a genuine believer to lose their salvation?

How much free will do I really have?

By the author of Seven Days that Divide the World and 2084: Artificial Intelligence and the Future of Humanity, Determined to Believe? will launch your consciousness into a fresh understanding and appreciation of this important Christian debate and help you think both biblically and logically about the human condition.
Genre: Non-Fiction > Faith, Beliefs & Philosophy 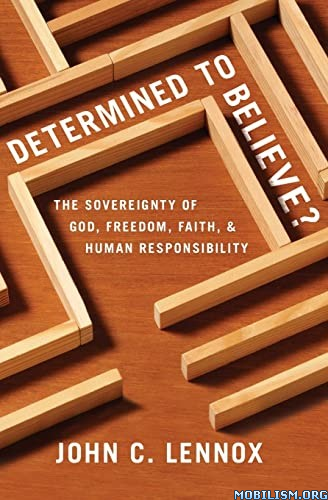 How to Manifest: Make Your Dreams a Reality in 40 days by Laura Chung
Requirements: .ePUB reader, 7 MB
Overview: An empowering 40-day plan for manifesting your dreams, each entry in this manifestation book is accompanied by an exercise that builds on the previous one. By the end, you’ll see what you hoped for embodied in the real world!

Manifestation is a wildly popular concept emphasizing the strength of personal power in bringing your deepest desires into the realm of the physical. Put simply: what you dream, you can achieve. Wellness educator Laura Chung charts a 40-day plan for manifesting dreams, filled with the most essential information you’ll need to get started (an intention, a blank journal, and this book!). Her techniques include: intention setting, meditation, and ritual to connect to your inner wisdom for guidance. You will learn how to craft your own story through the practice of scripting and create an abundance mindset through inspired action and writing in a manifestation journal.
Genre: Non-Fiction > Faith, Beliefs & Philosophy 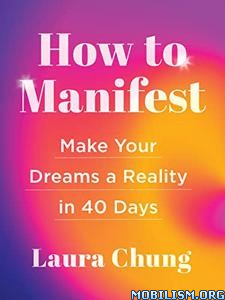 The Practical Witch’s Almanac 2023: Infinite Spells (Good Life) by Friday Gladheart
Requirements: .ePUB reader, 12 MB
Overview: The Practical Witch’s Almanac is your personal guide for the year. Celebrate the Sabbats and work with the energy of the moon to achieve your goals. You’ll never need another spell book! This year’s theme is Infinite Spells. Spells for many occasions are included and each is broken down to show you how they work. By understanding how spells are made, you’ll be able to design your own or make substitutions for ingredients. It’s all about empowering you and inspiring your creativity.You’ll learn how to develop your own spells based on the fundamental principles of magic. The worksheets and Book of Shadows templates guide you through constructing your spells and recording their results. You’ll learn how to prepare yourself and your space for magic, how to use your almanac to help you find the perfect time to cast your spells, and how to use the magical correspondences to give your spells a boost. This is the year for you to embrace your power and use your magic to grow, heal, and be your authentic, Witchy self!This edition has everything you’ve come to depend on including:• Sabbats, exact Cross-Quarters & Holidays• Moon Phases & Astrological Signs• Meteor Showers, Blue Moons & Eclipses• Trivia & Historical Tidbits• Weekly Psychic Insights• Monthly Study Guides• Magical Correspondence for: herbs, stones, crystals, colors, tarotcards, runes, and more.• and of course Spells, Rituals, Meditations, Exercises, and Recipes.
Genre: Non-Fiction > Faith, Beliefs & Philosophy 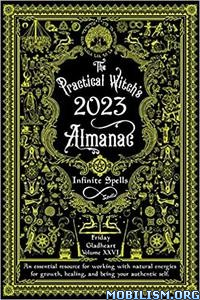 Nostradamus is widely known as the greatest diviner and visionary who ever lived. In the whole of publishing history, only the Bible has sold more copies than his prophecies, which have been in print since his death in the 16th century.

Using a revolutionary new analysis of the secret dating of Nostradamus’s prophecies, The Complete Prophecies for The Future reveals startling new interpretations, offering answers to relevant questions: Is the demise of the British monarchy inevitable? Will there be a Global War—and, if so, what will this mean for the world’s climate?

Nostradamus predicted the Twin Towers disaster of 9/11, the 2003 Iraq War, Hurricane Katrina, the devastating tsunamis of 2004/2005—and he foretold the future for decades to come. Thanks to Mario Reading’s groundbreaking translations and sharp, knowledgeable commentaries, readers can now scan the future history of the 21st century—before it happens.
Genre: Non-Fiction > Faith, Beliefs & Philosophy 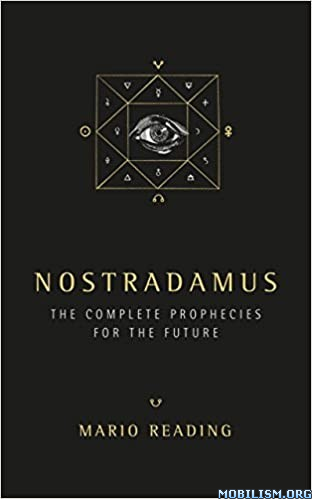 If They Give You Lined Paper, Write Sideways by Daniel Quinn
Requirements: .ePUB reader, 2 MB
Overview: In Ishmael, Daniel Quinn offered new ways of seeing and understanding human history, and our collective future. His message was transformative for millions of people, and Ishmael continues to attract tens of thousands of new readers each year. Subsequent works, such as The Story of B and My Ishmael, expanded upon his insights and teachings, but only now does he finally tackle the one question he has been asked hundreds of times but has never taken on: “How do you do what you do?” In If They Give You Lined Paper, Write Sideways Quinn elucidates for readers the methods behind his own thought processes, challenging and ultimately empowering them to view the world for themselves in creative, perhaps even revolutionary ways. If They Give You Lines Paper, Write Sideways also includes Quinn’s never before published essays “The New Renaissance” and “Our Religions.”
Genre: Non-Fiction > Faith, Beliefs & Philosophy Manifesting Made Easy! by Jefferey Smith
Requirements: ePub Reader, 4.8mb
Overview: How would you have a positive mindset for manifesting? How do you manifest your dreams? What action do I take to manifest my vision? What does it mean when your dreams are manifesting? How do you manifest your abundance? How do you attract abundance energy? Keep reading…
Do you know that your words may lead your mind to think that you are setting a high vibration intention that will attack what you want to manifest? Keep reading…
“The money I spend will always be replaced with more”.
“We receive exactly what we see. See yourself in abundance and you will attract it”.
In this book you will discover Manifesting Motivation
Interesting ways to Manifesting Your Life
What you need to know about Manifesting Justice
Exciting and Fun ways to Manifesting Abundance
Manifesting Your Dreams in fascinating ways!
“Abundance to many means plenty, or a very large quantity of something. It definitely is the innate tendency of things in nature and of this life to manifest, become more and grow”.
Genre: Non-Fiction> Faith, Beliefs & Philosophy, Spiritual 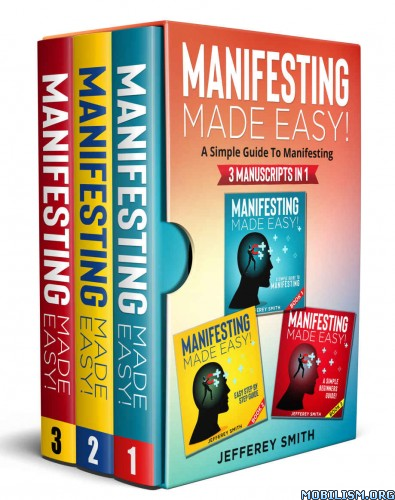