Sidekicks by Dan Santat
Requirements: AZW3/CBR Reader, 86MB
Overview: INTRODUCING: METAL MUTT! STATIC CAT! AND… FLUFFY!?!
Captain Amazing, hero of Metro City, is so busy catching criminals that he rarely has time for his pets at home. He doesn’t even notice when they develop superpowers of their own.
So when he announces that he needs a sidekick, his dog, hamster, and chameleon each decide to audition. But with each pet determined to win the sidekick position, the biggest battle in Metro City might just be at the Captain’s house.
Then archvillain Dr. Havoc returns to town, and suddenly the Captain’s in serious trouble. Can the warring pets put their squabbles aside? Or is it curtains for the Captain?
It’s stay, sit, and save the world in this romp of a graphic novel!
Genre: Comics > Graphic Novels | Children’s > Middle Grade 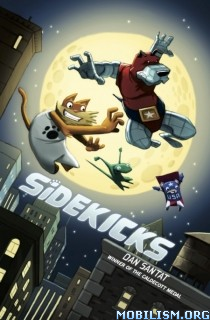 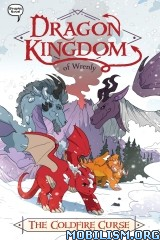 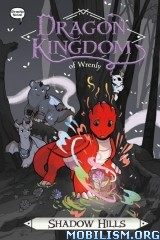 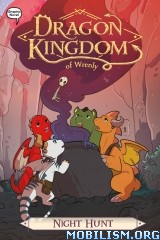 1. The Coldfire Curse – In the first installment of the exciting Dragon Kingdom of Wrenly graphic novel series, the scarlet dragon Ruskin’s bravery is put to the test when a curse threatens his kingdom.
As the pampered pet dragon of the Prince of Wrenly, Ruskin has never known life beyond the walls of the palace. Until the day a young dragon from Crestwood comes to the palace to plead for help. An evil curse has been unleashed in Crestwood and threatens to destroy all of Wrenly. Ruskin has a choice to make: stay safe at home in the palace, or try to help save his kingdom. For Ruskin, there is no choice. He knows he has to try and help if he can.
What Ruskin and his new dragon friends don’t yet realize is that the curse was awoken for one reason only—to put Ruskin in harm’s way. The mission to reverse the curse is far more dangerous than anyone realizes…in fact, it’s seemingly impossible. Why is Ruskin the target of these shadowy forces? And how far is Ruskin willing to go to save his kingdom?

2. Shadow Hills – In the second book in the Dragon Kingdom of Wrenly graphic novel series, Ruskin, Cinder, and Groth are back for another exciting quest, this time to save a group of cursed shadow dragons!
A royal errand brings Ruskin, Cinder, and Groth to Shadow Hills, home to the most mysterious creatures in all of Wrenly—the shadow dragons. Legend says that shadow dragons are hostile to outsiders and cannot be trusted. But that’s not how it seems to Ruskin and his friends.
In fact, nothing is quite as it seems in Shadow Hills. The young dragons have been sent there by sinister forces that believe Ruskin is destined to rule over all of Wrenly. These same forces will do anything to prevent that from happening…even if it means putting the entire kingdom at risk. Will Ruskin and his friends see through the deception and learn who they can really trust before it’s too late?

3. Night Hunt – In the third installment of the exciting Dragon Kingdom of Wrenly graphic novel series, Ruskin and his friends compete in the legendary Night Hunt.
Ruskin is excited to visit Crestwood to witness a very special event, the Night Hunt, and to root for his new best friends Cinder and Groth as they compete in the exciting contest. But then Ruskin is chosen to compete, too, even though, according to the rules, he shouldn’t be allowed since he doesn’t live in Crestwood. Cinder thinks Ruskin had something to do with this special treatment and that, as the legendary scarlet dragon, Ruskin cares more about glory than he should. But is that really who Ruskin is?
It’s game on as these friends compete against each other for the ultimate prize. What they don’t realize is that nothing about this Night Hunt will follow the rules, and once again, the fate of Wrenly is at stake. Can they put aside their differences and work together before it’s too late?

Box (Kiste #1) by Patrick Wirbeleit
Requirements: CBR Reader, 64MB
Overview: Every kid knows a cardboard box can be magic. But what if it could talk? This funny, fast-paced graphic novel celebrates friendship and the fun of building new things.
Matthew likes to build things. And invent things. So finding a box sitting in front of his house one day is a real stroke of luck. But he has to pinch himself when it suddenly starts talking. A living toolbox! Even better, Box loves to invent things too, so the two become fast friends. But where did Box come from, and how did he get to be so magical? When his secret comes out and accidentally leaves Matthew’s parents frozen, the two friends will have to race to find the answers and save the day.
Genre: Comics > Graphic Novels | Children 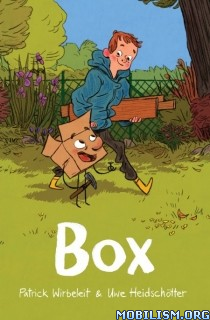 Wonder Cat Kyuu-chan Vol. 1 by Sasami Nitori
Requirements: CBR Reader, 114MB
Overview: There’s more to this kitty than meets the eye! Kyuu-chan loves snacks, cuddles, and bow ties, but most of all loves Hinata, the young professional who adopted this mischievous wonder cat into his home. As the two adjust to life together, they discover that they have a lot to learn from each other. The ordinary and the extraordinary live side by side in this delightful slice-of-life manga!
Genre: Comics > Graphic Novels | Children’s > Middle Grade 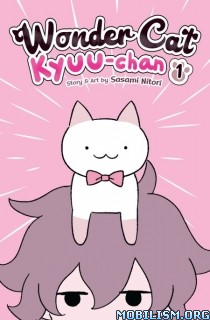 Long acclaimed around the world, Upton Sinclair’s 1906 muckraking novel The Jungle remains a powerful book even today. Not many works of literature can boast that their publication brought about actual social and labor change, but that’s just what The Jungle did, as it led to the passage of the Pure Food and Drug Act of 1906. In today’s society, where labor and safety of the food we eat remain key concerns for all, Sinclair’s shocking story still resonates. Bringing new life and energy to this classic work, adapter and illustrator Kristina Gehrmann takes Sinclair’s prose and transforms it through pen and ink, allowing you to discover (or rediscover) this book and see it from a whole new perspective.
Genre: Comics > Graphic Novels | Historical Fiction 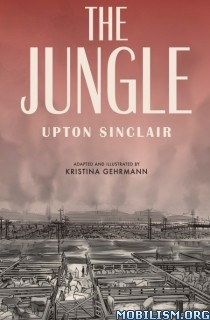 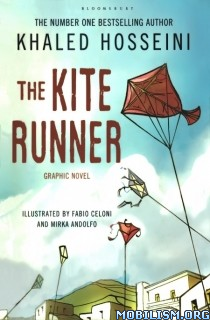 Stone Rabbit series by Erik Craddock (Books 1-4)
Requirements: CBR Reader, 198MB
Overview: A full-color series of riotous, riproaring graphic novels that chronicles the zany of adventures of a quicktempered and quick-witted young rabbit.
Erik Craddock grew up during the ’80s and ’90s on a steady diet of comics, video games, and pop culture. It was during his time as a student at New York City’s School of Visual Arts that Stone Rabbit was born. He lives in Babylon, New York.
Genre: Comics > Graphic Novels | Children’s > Middle Grade 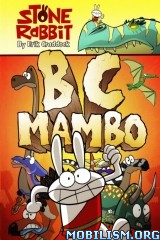 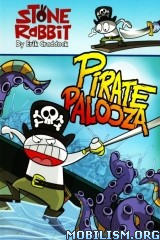 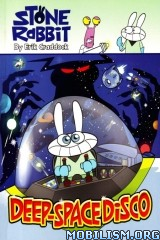 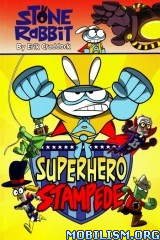 1. BC Mambo – Stone Rabbit is a bored little bunny who lives a humdrum existence in the sleepy town of Happy Glades. But all that changes when he discovers a time portal of doom—right under his bathroom rug! Suddenly, Stone Rabbit finds himself on a Jurassic journey in a prehistoric world, facing off against vicious velociraptors, terrifying T. rexes, and a nefariousNeanderthal bent on world conquest. Will our hero be able to save the past and return to the present—or will he become extinct?

2. Pirate Palooza – When his coffee table’s leg breaks, Stone Rabbit replaces it with the cursed peg leg of a long-dead pirate–and inadvertently unleashes the ghostly fury of Captain Barnacle Bob! Suddenly, our hero finds himself clashing cutlasses with salty specters and fleeing from scary sea beasts. Will Stone Rabbit escape with both of his long ears intact? Or will he end up as a squid’s snack?

3. Deep-Space Disco – Don’t try to pat THIS bunny.
In a case of mistaken identity, Stone Rabbit is beamed up into space and imprisoned by intergalactic enforcers. Will our hero escape laser lockup in time to stop an alien invader from atomizing the earth?

4. Superhero Stampede – After being zapped by a homemade reality transmutation device, Stone Rabbit finds himself inside the pages of his favorite comic book. Endowed with stupendous new superpowers and a cool costume, our hero must battle a baneful band of egotistical evildoers to save the world. Will Stone Rabbit be victorious—or will his exploits end up in the bargain bin of Jim Dandy’s Comic Emporium? 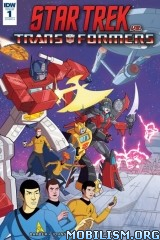 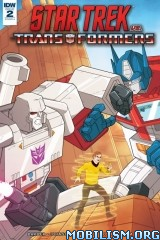 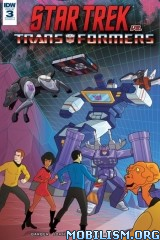 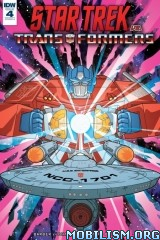 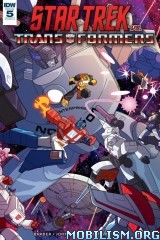 Star Trek vs. Transformers #1 – At the edge of Klingon space, the Starship Enterprise finds there’s more to the final frontier than meets the eye, when Kirk and his crew come face to face with the strangest life forms of all: Cybertronians! This unprecedented crossover brings together two of the greatest science fiction universes of all time—in the style of their classic animated series! A five-year mission meets a four-million-year war!

Star Trek vs. Transformers #2 – The Enterprise is burning, brought down by the united forces of the Klingons and Decepticons. Captain Kirk and Optimus Prime have a plan to strike back, but can they bring their scattered Starfleet crew and Autobots together before Megatron wipes them out? The no-holds-barred Saturday morning mash-up continues!

Star Trek vs. Transformers #3 – Klingons and Decepticons lay siege to a remote Federation dilithium mine—and the only thing holding them back is the shaky alliance of Captain Kirk and Optimus Prime. But what dark secret is buried beneath the ground… and can this uneasy partnership withstand the revelations?

Star Trek vs. Transformers #4 – With the Enterprise disabled by the Klingon-Decepticon alliance, things look dire for Spock, Optimus Prime, and the landing team. But with the Autobots’ help, can Captain Kirk come up with a solution to save the day from a massive Cybertronian threat?

Star Trek vs. Transformers #5 – The stunning conclusion! As the Klingon-Decepticon alliance prepares to wipe out their enemies once and for all, Kirk and the Autobots make one last desperate bid to merge Cybertronian technology with Starfleet ingenuity. It’s a final conflict you won’t want to miss! 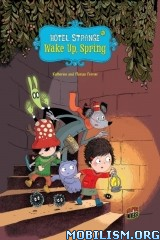 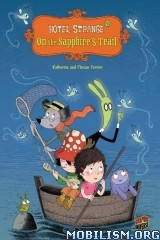 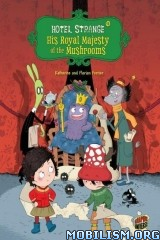 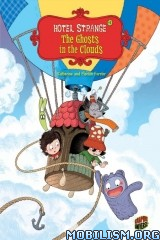 1. Wake Up, Spring – The calendar says it’s spring, but winter weather won’t end. What’s happening? The quirky residents of Hotel Strange go on a quest to find out.

2. On the Sapphire’s Trail – The adorable characters of Hotel Strange are busy planning a music festival, until thieves kidnap Marietta and Mr. Lclair. They must solve the mystery of a missing sapphire to save their friends, and the festival!

3. His Royal Majesty of the Mushrooms – Kiki, a resident of Hotel Strange, has some good fortune when he discovers a crown in the woods. A group of mushroom people rush to call him their ruler, agreeing to do his bidding.

4. The Ghosts in the Clouds – Mr. Snarf has been a bad ghost. He hasn’t scared people. In fact, he’s even made friends! Now some grumpy ghosts are taking him away from Hotel Strange. The hotel’s other residents set off to rescue him, taking to the clouds in a hot air balloon in search of the Kingdom of Ghosts. Once they arrive, the ghosts put the Hotel Strange gang on trial—will they be able to save Mr. Snarf?

Mellybean and the Giant Monster (Mellybean #1) by Mike White
Requirements: CBR Reader, 52MB
Overview: A graphic novel about a spunky pup who gets trapped in a world filled with magic, adventure, and one giant, grumpy monster.
Melly loves to play games. All her feline friends want to do, though, is take a nap. So when she doesn’t leave them alone, the cats trick her into burying a shoe in the backyard. But the small prank turns into a big problem when Melly falls down the hole . . . and is magically transports her to another world!
Melly lands smack-dab in the middle of a scuffle between a group of knights and a huge monster. But Melly soon befriends the grumpy giant, learning he isn’t as scary as he seems. He’s being hunted by a greedy king. One who has also been stealing from his people and locking them up in the dungeons. So although Melly is desperate to find a way back home to Mama and Papa (her human owners), she makes it her mission to help her new friend and the kingdom. But how could someone so tiny defeat such a powerful king? It may just take a game that only Melly can win.
Genre: Comics > Graphic Novels | Children 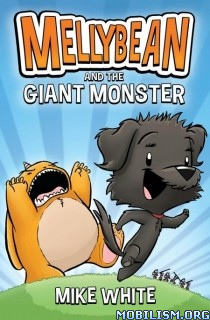