Superhot: Mind Control Delete (MULTi14) [FitGirl Repack]
Requirements:Windows 10
Overview:
Built on the foundations of SUPERHOT and SUPERHOT VR, MIND CONTROL DELETE continues to bring you more of SUPERHOT’s signature power fantasy.
Time moves only when you move. Enemies pour in from every direction. You are in complete control as you shoot, slice, and explode your way through dozens and dozens of increasingly challenging stages. The closer you get to the core, the more powerful you become. You amass an arsenal of skills and weapons. You uncover snippets of precious knowledge – of the meaning that you crave so much.
You shoot and slice. You move forward. You repeat. You repeat. You repeat. It becomes a ritual. It starts to mean something again.
The third game in the SUPERHOT franchise – MIND CONTROL DELETE gives you more insight into the world of SUPERHOT, more story, more signature gameplay. Keep dancing the slow motion ballet of destruction for so much longer than ever before. 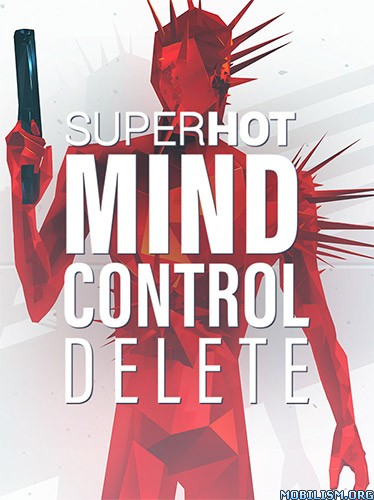 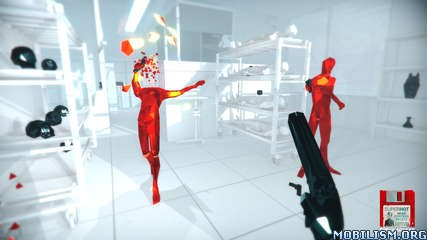 Repack Features
Based on SUPERHOT.MIND.CONTROL.DELETE-CODEX ISO release: codex-superhot.mind.control.delete.iso (1,456,832,512 bytes)
100% Lossless & MD5 Perfect: all files are identical to originals after installation
NOTHING ripped, NOTHING re-encoded
Significantly smaller archive size (compressed from 1.4 GB to 786 MB)
Installation takes less than a minute
After-install integrity check so you could make sure that everything installed properly
HDD space after installation: 2 GB
Language can be changed in game launcher settings
Repack uses XTool library by Razor12911
At least 2 GB of free RAM (inc. virtual) required for installing this repack
Repack by FitGirl

CARRION (v1.0.3, MULTi11) [FitGirl Repack]
Requirements:Windows 7 SP1
Overview:
CARRION is a reverse horror game in which you assume the role of an amorphous creature of unknown origin. Stalk and consume those that imprisoned you to spread fear and panic throughout the facility. Grow and evolve as you tear down this prison and acquire more and more devastating abilities on the path to retribution. 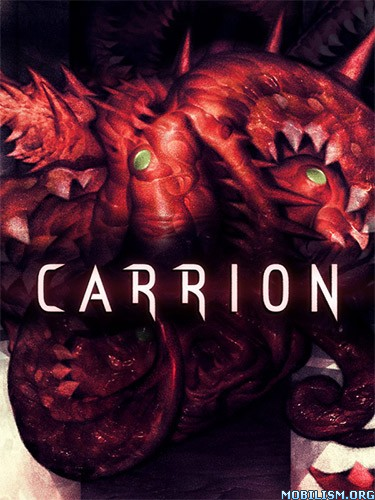 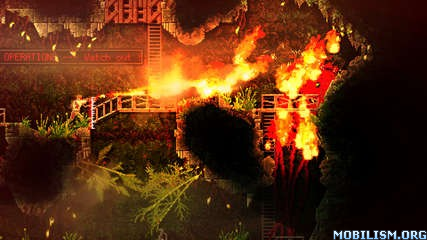 Repack Features
Based on GOG DRM-free release v1.0.3: 117,602,512 bytes
100% Lossless & MD5 Perfect: all files are identical to originals after installation
NOTHING ripped, NOTHING re-encoded
Shockingly smaller archive size (compressed from 112.2 to 91.7 MB)
Installation takes some seconds
After-install integrity check so you could make sure that everything installed properly
HDD space after installation: 167 MB
Language can be changed in game settings
At least 2 GB of free RAM (inc. virtual) required for installing this repack
Repack by FitGirl

Jets’n’Guns 2 (v1.0) [FitGirl Repack]
Requirements: Windows 7/8/10
Overview:
Jets’n’Guns 2 is a side-scrolling space shooter with insane levels of action and destruction. Now with local co-op support!
The universe is once again facing a terrible threat. An unknown but powerful entity from another dimension has entered our reality and is attempting to wipe out all sentient life. The inhabited planets of the galaxy are too divided to take action. It’s up to you, the bravest and finest pilot in the galaxy, to face the enemy alone and prevail against overwhelming odds!
Assume the role of an elite space pilot and jump into an epic adventure to save the universe from inevitable doom. Travel the galaxies and unleash an arsenal of the deadliest weapons and devices ever installed in a spaceship! 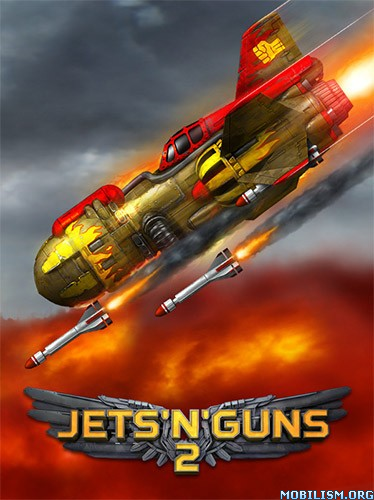 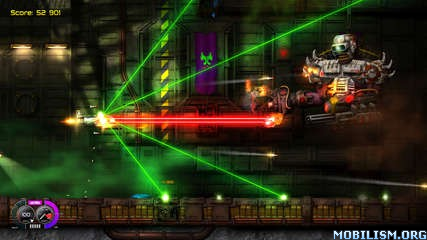 Repack Features
Based on Steam v1.0 release: 351 MB
CODEX-SiMPLEX crack applied over
100% Lossless & MD5 Perfect: all files are identical to originals after installation
NOTHING ripped, NOTHING re-encoded
Smaller archive size (compressed from 351 to 246 MB)
Installation takes 4 minutes
After-install integrity check so you could make sure that everything installed properly
HDD space after installation: 351 MB (1.5 GB during installation)
At least 2 GB of free RAM (inc. virtual) required for installing this repack
Repack by FitGirl

ReCore – Definitive Edition [FitGirl Repack]
Requirements:Windows 10 Version 14393.98 or higher required
Overview:
From legendary creator Keiji Inafune and the makers of Metroid Prime comes the “ReCore Definitive Edition”, an action-adventure masterfully crafted for a new generation. You are “Joule Adams”, one of the last remaining humans on the planet “Far Eden”, a mysterious and dangerous world controlled by robotic foes bent on your destruction. To survive you must forge friendships with a courageous group of “Corebot” companions, each with unique abilities and powers. The ReCore Definitive Edition includes the new “Eye of Obsidian” adventure. Join the plucky Corebot “Violet” and journey into the permanent midnight of the “Starving Sea”, a previously unexplored region of Far Eden where ancient enemies plot their revenge—on Joule and all humankind! 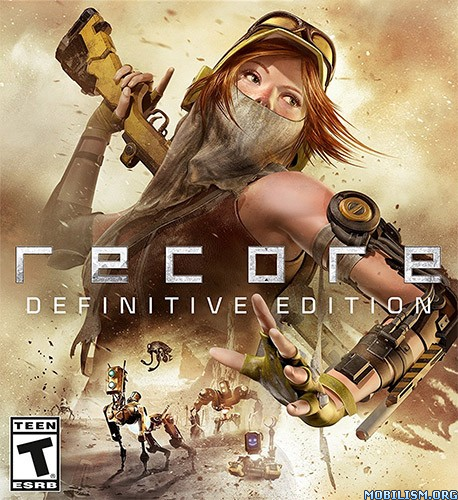 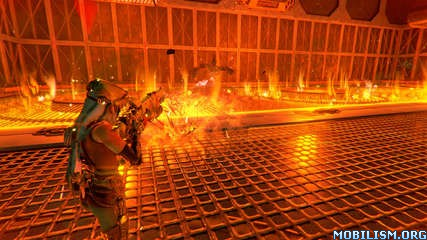 Based on Steam multilanguage Build 2250180: 17 GB
Reconfigured CODEX crack applied over. Alternative ALI213 crack is available in NoDVD folder
Game build version displayed in the main menu depends on emu used. It’s 911 for CODEX and 213 for ALI213
100% Lossless & MD5 Perfect: all files are identical to originals after installation
NOTHING ripped, NOTHING re-encoded
Selective Download feature: you may skip downloading and installing of language packs you don’t need
Significantly smaller archive size (compressed from 17 to 8.4~8.8 GB, depending on selected components)
Installation takes 20-25 minutes
After-install integrity check so you could make sure that everything installed properly
HDD space after installation: 18 GB (~32 GB during installation)
Use "Language Selector.exe" in game root to change the game language
At least 2 GB of free RAM (inc. virtual) required for installing this repack
Repack by FitGirl

Othercide (MULTi12) [FitGirl Repack]
Requirements:Windows 7/8/10 (64-bit)
Overview:
Descend into Humanity’s last hope. The Daughters, echoes of the greatest warrior to ever live, are all who stand before Suffering and death.
Lead your army of Daughters to battle with all the skill you can muster. Your prowess in combat will decide their fate, shape their abilities and personality. Make the toughest decision and sacrifice one to heal another – survivors will get stronger, ready to fight the next battle.
Combat is an intricate dance of spectacular actions and counters: plan ahead of time and set up impressive chains of abilities to outsmart the enemy. Fight in epic boss battles against the sources of Suffering – dread creatures pulled from the worst of Humanity’s crimes against itself.
You will fight. You will fail. You will rise again. 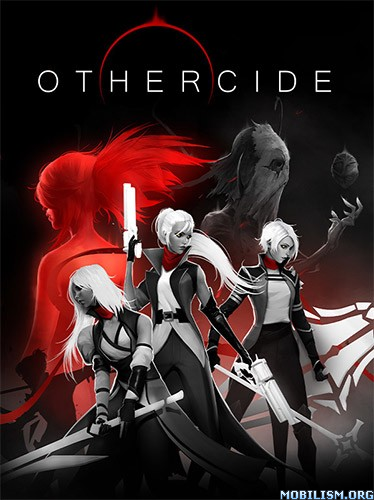 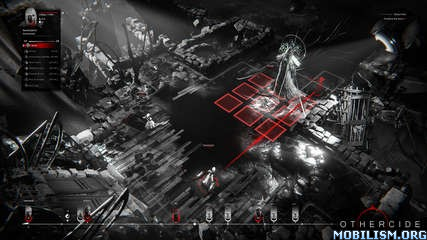 Game Features
Lead, evolve and sacrifice your army of Daughters
Outsmart nightmarish creatures in a spectacular Tactical RPG
Endless combat possibilities with the Dynamic Timeline System
A deep and complex narrative
Failure is not the end. Return with lost powers to face a new nightmare

Repack Features
Based on Othercide-HOODLUM ISO release: hlm-othercide.iso (4,497,565,696 bytes)
100% Lossless & MD5 Perfect: all files are identical to originals after installation
NOTHING ripped, NOTHING re-encoded
Significantly smaller archive size (compressed from 4.2 to 2.9 GB)
Installation takes 3-7 minutes (depending on your system)
After-install integrity check so you could make sure that everything installed properly
HDD space after installation: 6 GB (up to 9 GB during installation)
Language can be changed in "Othercide_DataPluginsx86_64hlm.ini"
At least 2 GB of free RAM (inc. virtual) required for installing this repack
Repack by FitGirl

After her numerous adventures, Thalya has earned herself some peace and quiet, and so the Never-Gives-Subordinates-Vacation Evil sends her to the pirate holiday paradise of Turtoga.Title: Dungeons 3 Evil of the Caribbean
Genre: Simulation, Strategy
Release Date: 2 Mar, 2018Support the software developers. BUY IT!
• http://store.steampowered.com/app/711680/Dungeons_3__Evil_of_the_Caribbean/Dungeons 3 Evil of the Caribbean MULTi9-PLAZA
Size: 4.5 GB

– Burn or mount the .iso
– Run setup.exe and install

The King almost died. Pierre and Olivier tasted the Kings’ meal and later it was fed to the prisoners – and no man felt anything wrong. Strength and mind are leaving the noble ruler every minute, and enemies are ready to raise a rebellion, while the King is on the verge of life and death.Title: The Monk and the Warrior. The Heart of the King.
Genre: Action, Adventure, RPG
Release Date: 2 Mar, 2018Support the software developers. BUY IT!
• http://store.steampowered.com/app/732060/The_Monk_and_the_Warrior_The_Heart_of_the_King/The Monk and the Warrior The Heart of the King-PLAZA
Size: 3.3 GB