Deep Freeze by Lisa Jackson (The first book in the West Coast series)
Requirements: .MP3 reader, 497 mb
Overview: Jenna Hughes left Hollywood for a farm in Oregon to get away from fame. But someone has followed the former movie star – an obsessed fan whose letters are personal and deeply disturbing.

And while Jenna’s already shaken up by what she’s seen on paper, she’d be terrified if she knew what Sheriff Shane Carter is investigating. It’s a shocking case that started with the discovery of a dead woman in the woods. Now two more women are missing, and one of them looks just like Jenna.

As a blizzard bears down on their small town, the merciless killer’s grisly work has only just begun. Jenna is getting close to meeting her biggest fan – the one who wants to own her forever. Bestselling author Lisa Jackson combines a compelling heroine’s search for security with a terrifying story of spellbinding suspense.
Genre: Fiction > Mystery/Thriller 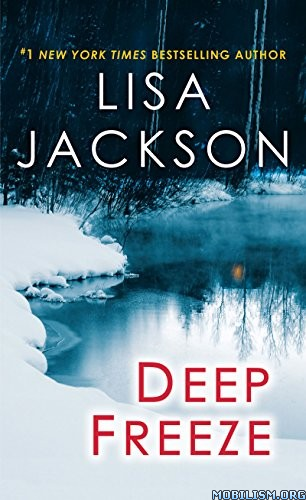 Confessions by Lisa Jackson
Requirements: .MP3 reader, 443 mb
Overview: Young love-that was what Nadine and Hayden had. The kind of love that captures the soul and never dies. That is, until Hayden’s father swindled Nadine’s family, and they didn’t see each other for thirteen years. When his father suddenly dies, Hayden returns home to the family’s lakeside mansion-and to his first love. But Nadine and her two young sons aren’t quite ready to trust again. Soon Hayden is left trying to work through mistrust and misinformation to gain the love of the girl no amount of money could make him forget….
Genre: – > Romantic Suspense 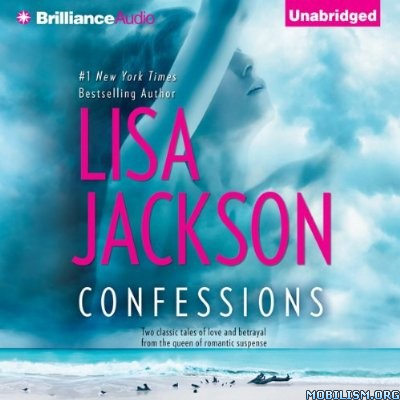 Cold Blooded by Lisa Jackson (The second book in the New Orleans / Rick Bentz / Reuben Montoya series)
Requirements: .MP3 reader, 278 mb
Overview: Another serial killer is wreaking havoc in New Orleans, and it’s up to detectives Rick Bentz and Reuben Montoya, the protagonists from Jackson’s previous thriller, Hot Blooded, to reign him in. This time around, the detectives are joined by Olivia Benchet, a reluctant psychic who hails from a highly dysfunctional family. Olivia’s visions of a priestly killer who tortures and sacrifices young females provide Bentz and Montoya with their best clues, but Olivia may be the next victim if Bentz doesn’t shrug off his cynicism concerning visions and romantic entanglements with the wild-haired psychic. Twice burned by his former wife, who had an affair with his half-brother, Bentz now lives for work and his rebellious, 19-year-old daughter, Kristi. The hunt for the murderer escalates when Olivia realizes her visions are a two-way mirror, and the killer has Kristi and Olivia in his sights. Jackson’s sanctimonious serial killer, who refers to himself as The Chosen One, is stock, but the dynamics between her protagonists, particularly between Bentz and Olivia, are a welcome counterpoint to the violent action.
Genre: – > Romantic Suspense 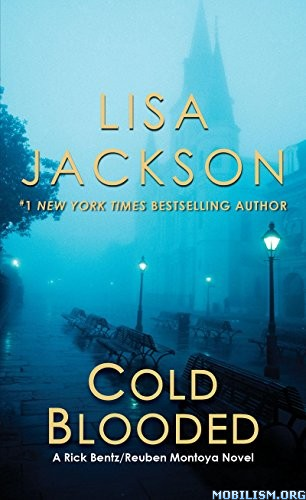 Peace Talks by Jim Butcher (The Dresden Files #16)
Requirements: .M4B reader, 369mb
Overview: Meet Harry Dresden, Chicago’s first (and only) wizard PI. Turns out the ‘everyday’ world is full of strange and magical things – and most of them don’t play well with humans. That’s where Harry comes in.

But he’s forgotten his own golden rule: magic – it can get a guy killed.
Genre: Audiobooks > Fiction > Science fiction/Fantasy 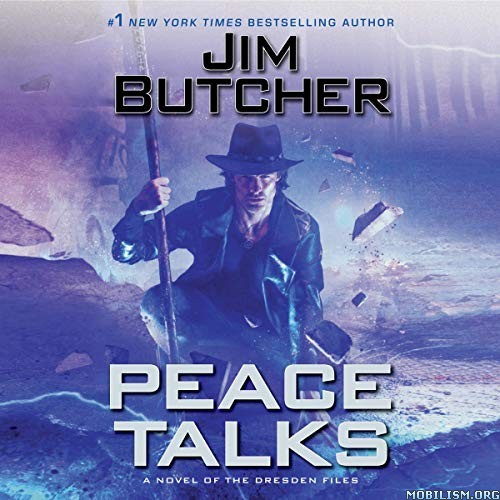 Chosen to Die by Lisa Jackson (The second book in the Alvarez & Pescoli series)
Requirements: .MP3 reader, 690 mb
Overview: Detective Regan Pescoli has worked the -Star Crossed Killer- case for months, never imagining she’d be captured by the madman she’s been hunting. Regan knows exactly what he’s capable of–and avoiding the same fate will take every drop of her courage and cunning. Regan Pescoli is unlike any woman Nate Santana has met before. But now she’s missing, and Nate knows something is dangerously wrong. The only person who can help him find her is Detective Selena Alvarez, Regan’s partner. As Nate and Selena dig deeper into the Star-Crossed Killer case and the body count rises, the truth about Regan’s disappearance becomes chillingly clear.
Genre: – > Romantic Suspense 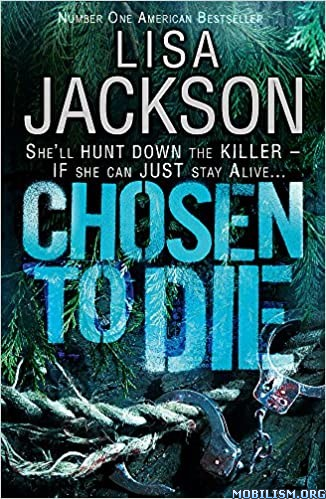 C Is for Cowboy by Lisa Jackson (The third book in the Love Letters series)
Requirements: .MP3 reader, 188 mb
Overview: Bent on destroying her powerful family, someone had abducted pampered Casey McKee and stashed her deep in the snowy Oregon wilds. Only one man could possibly save her: ruthless tracker Sloan Redhawk. The brooding cowboy swiftly hunted Casey down – and the headstrong heiress made the blood sing anew in his icy loner’s heart. But Redhawk knew evil still stalked the mighty McKees, and Casey remained an all-too-tempting target. For a killer as well as a cowboy….
Genre: – > Romantic Suspense 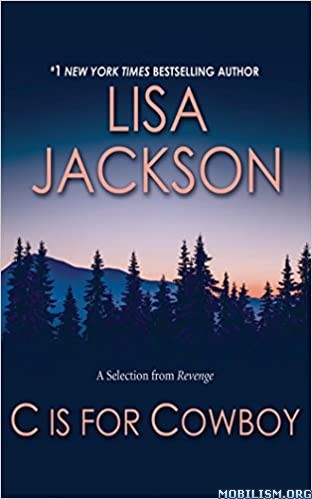 Born to Die by Lisa Jackson (The third book in the Alvarez & Pescoli series)
Requirements: .MP3 reader, 392 mb
Overview: A sad, strange coincidence.that’s Dr. Kacey Lambert’s initial response to the deaths of two women who bear an uncanny resemblance to herself. It’s not like there was any real connection between Kacey and the B-movie actress or the elementary school teacher. But Detective Selena Alvarez suspects otherwise. One of the bodies contained traces of poison at the time of death. Selena and her partner, Detective Regan Pescoli, can find no motive for murder. But Kacey has started to notice ties between the dead women’s lives and her own-all close in age, born within miles of each other. And all have links to Trace O’Halleran, the man Kacey just started dating.
Genre: – > Romantic Suspense 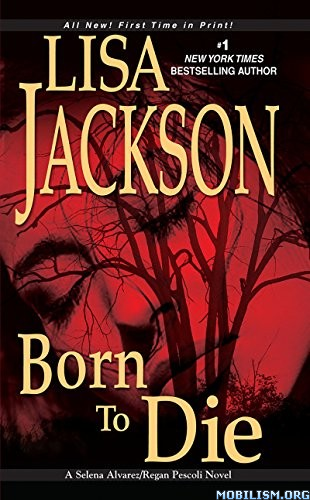 B Is for Baby by Lisa Jackson (The second book in the Love Letters series)
Requirements: .MP3 reader, 199 mb
Overview: In one night of loving, legendary rodeo rider Jenner McKee had stolen Beth Crandall’s heart. Now, with a chip on his shoulder as daunting as the mighty McKee fortune, Jenner could rob Beth of something even more precious – the son he’d unwittingly fathered.For someone had nearly destroyed proud Jenner, left him feeling like half a man. And Beth and her baby might be his last hope for a future – if sinister secrets from the past didn’t claim them first….
Genre: – > Romantic Suspense 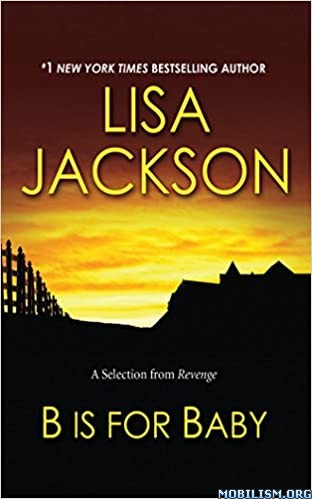 Almost Dead by Lisa Jackson
Requirements: .MP3 reader, 383 mb
Overview: Cissy Cahill’s world is unravelling fast. One by one, her family are dying. Cissy’s right to be afraid — but not for the reasons she thinks. The truth is much more terrifying. Hidden in the shadows of the Cahill family’s twisted past is a shocking secret — a secret that will only be satisfied by blood. And Cissy must uncover the deadly truth before it’s too late for herself and her innocent baby son.
Genre: – > Romantic Suspense 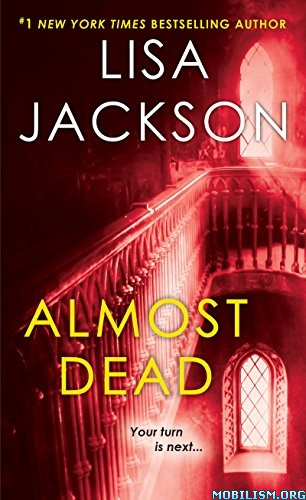 Afraid to Die by Lisa Jackson (The fourth book in the Alvarez & Pescoli series)
Requirements: .MP3 reader, 320 mb
Overview: Afraid to Scream Others may dread the chill of winter, but he relishes it. The way the frigid water preserves his victims, the feel of their icy skin beneath his fingers.And soon the world will see their beauty – and his vengeance. Afraid to Run The town of Grizzly Falls is on edge in the wake of a serial killer, and Detective Selena Alvarez is no exception. That case was solved, but a new nightmare is about to unfold. There are two victims so far – their bodies found frozen solid and deliberately displayed. Both are women she knew. And each wears a piece of Selena’s jewelry. Afraid to Die Selena’s partner, Detective Regan Pescoli, and the entire department are on the case, as is P.I. Dylan O’Keefe – a man Selena got too close to once before. But this killer already knows too much about Selena’s secret terror, her flaws, and the past she’s tried to outrun. And soon he’ll show her that she has every reason to be afraid.
Genre: – > Romantic Suspense 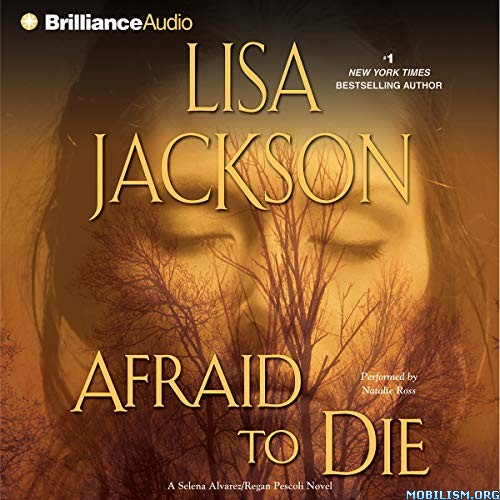