A deformed genius plots vengeance while struggling to survive. A wastrel prince comes of age, finding a power he never imagined. Two worlds are destined to collide.

Only one can be king.

“An intriguing low-magic world packed with interesting cultures to be further delved. Nell shows considerable skill in displaying his world distinctly through the eyes of his different characters.” – Fantasy Book Review

“The novel’s brilliant world works on so many levels; it has a rich political landscape, moral complexity, and immense environmental challenges, all told in beautiful, thoughtful prose.” – Indiereader

“A must for lovers of fantasy, especially those who enjoy losing themselves in a epic tale.” – Reader’s Favourite

Ruka, called a demon at birth, is a genius. Born malformed and ugly into the snow-covered wasteland of the Ascom, he was spared from death by his mother’s love. Now he is an outcast, consumed with hate for those who’ve wronged him. But to take his vengeance, he must first survive. Across a vast sea in the white-sand island paradise of Sri Kon, Kale is fourth and youngest son of the Sorcerer King. And at sixteen, Kale is a disappointment. As the first prince ever forced to serve with low-born marines, Kale must prove himself and become a man, or else lose all chance of a worthy future, and any hope to win the love of his life. Though they do not know it, both boys are on the cusp of discovery. Their worlds and lives are destined for greatness, or ruin.

But in a changing world where ash meets paradise, only one man can be king… The first installment of an epic, low- fantasy trilogy. Kings of Paradise is a dark, bloody, coming-of-age story shaped by culture, politics, and magic.

“The world that Mr. Nell has created is pretty incredible. But the thing that really made me love this story was the characters he filled that world with.” – Goodreads

“If Kale changes, Ruka grows and festers like a storm. Without a doubt, the darker of the two characters, I feel Richard Nell has created a compelling and classic character here.” Goodreads

“This dark fantasy epic will be held up against George R.R. Martin’s masterwork, A Song of Ice and Fire. Read this book now so you can act pompous around your friends when HBO turns it into a television series.” – Goodreads 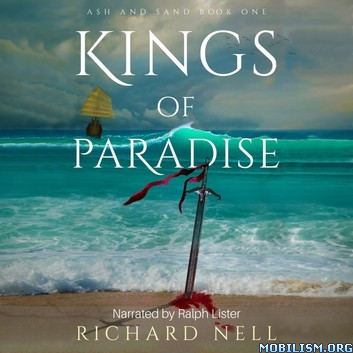