Hitler 1889-1936: Hubris by Ian Kershaw
Requirements: .M4A/.M4B reader, 767 MB
Overview: Ian Kershaw’s “Hitler” allows us to come closer than ever before to a serious understanding of the man and of the catastrophic sequence of events which allowed a bizarre misfit to climb from a Viennese dosshouse to leadership of one of Europe’s most sophisticated countries. With extraordinary skill and vividness, drawing on a huge range of sources, Kershaw recreates the world which first thwarted and then nurtured the young Hitler. As his seemingly pitiful fantasy of being Germany’s saviour attracted more and more support, Kershaw brilliantly conveys why so many Germans adored Hitler, connived with him or felt powerless to resist him.
Genre: Audiobooks > Non-Fiction 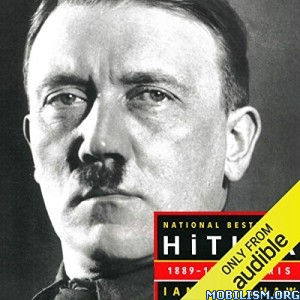 Chinese and Americans: A Shared History by Guoqi Xu , Akira Iriye
Requirements: .PDF reader, 2.2mb
Overview: Chinese-American relations are often viewed through the prism of power rivalry and civilization clash. But China and America’s shared history is much more than a catalog of conflicts. Using culture rather than politics or economics as a reference point, Xu Guoqi highlights significant yet neglected cultural exchanges in which China and America have contributed to each other’s national development, building the foundation of what Zhou Enlai called a relationship of “equality and mutual benefit.”

Xu begins with the story of Anson Burlingame, Abraham Lincoln’s ambassador to China, and the 120 Chinese students he played a crucial role in bringing to America, inaugurating a program of Chinese international study that continues today. Such educational crosscurrents moved both ways, as is evident in Xu’s profile of the remarkable Ge Kunhua, the Chinese poet who helped spearhead Chinese language teaching in Boston in the 1870s. Xu examines the contributions of two American scholars to Chinese political and educational reform in the twentieth century: the law professor Frank Goodnow, who took part in making the Yuan Shikai government’s constitution; and the philosopher John Dewey, who helped promote Chinese modernization as a visiting scholar at Peking University and elsewhere. Xu also shows that it was Americans who first introduced to China the modern Olympic movement, and that China has used sports ever since to showcase its rise as a global power. These surprising shared traditions between two nations, Xu argues, provide the best roadmap for the future of Sino-American relations.
Genre: Non-Fiction > History 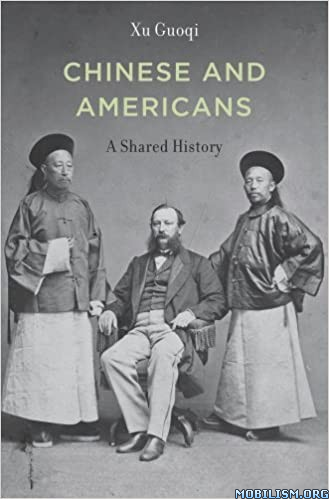 Facts About the Presidents: A Compilation of Biographical and Historical Information by Joseph Nathan Kane, Janet Podell, Steven Anzovin
Requirements: .PDF reader, 3.1mb
Overview: Includes a biographical chapter on each president, plus a statistical section with comparative information on such areas as religion, family histories, and education.

THE PRESIDENTS of the United States, from George Washington to George W. Bush, are subjects of continuing popular interest and scholarly research. About these forty-two men countless books have been published—individual biographies, collective biographies, academic studies, political analyses, pictorial histories. Facts About the Presidents is a compilation that presents, in one volume, data concerning the Presidents’ lives, backgrounds, and terms in office, as well as information about the office itself. It would not be possible, obviously, to cover in one book every known fact about every President, but the facts most likely to be sought by the general reader are included.

In Part I a chapter is devoted to each President in the chronological order in which he took office. The data in these chapters are arranged uniformly. A genealogical compilation presents vital material about the President’s parents, brothers and sisters, wives, and children. Family history is followed by data on elections, congressional sessions, cabinet and Supreme Court appointments, and the Vice President, as well as highlights of the President’s life and

In Part II material is presented in comparative form, with collective data and statistics on the Presidents and on the office of the presidency.

It should also be noted that many dates disagree with those previously printed. Such discrepancies do not necessarily indicate that the dates presented here are incorrect; the others may be in error. Should further research bring primary sources to light to contradict any of the dates in Facts About the Presidents, we will appreciate hearing of these documents so that they may be examined to determine whether the new data should be included in future editions.
Genre: Non-Fiction > History 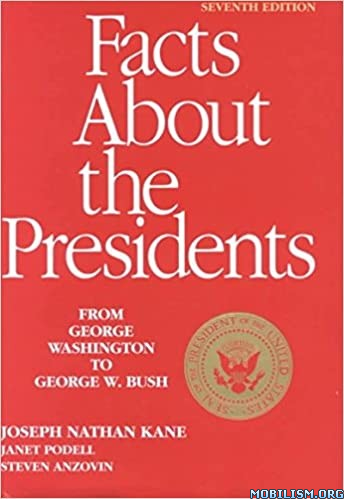 The Tudor Murder Files by James Moore
Requirements: ePUB reader, 14 MB
Overview: In the Tudor age the murder rate was five times higher than it is today. Now, in this unique true crime guide, the Tudor Murder Files reveals just how bloody and brutal this fascinating era really was.From the dark days of Henry VIII to the turbulent times of Shakespeare, James Moore’s new book is the first to chart the period’s most gripping murder cases in all their grizzly detail. Featuring tales of domestic slaughter, sexual intrigue and cunning assassinations, as well as murder mysteries worthy of Agatha Christie, the book vividly brings to life the violent crime wave that gripped the 16th century both at home and abroad. Enter a world in which stabbings were rife, guns were used to kill victims for the first time and in which culprits frequently escaped justice.The book also reveals just how severe some of the penalties could be, with gruesome punishments for those who dared to commit the gravest of crimes. Discover how one murderer was gruesomely ‘pressed to death’, another boiled alive for poisoning his victims and meet some of history’s most notorious serial killers, including one considered so barbaric she was labelld a vampire.
Genre: Non-Fiction, History 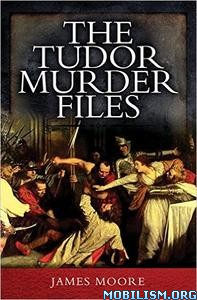 J. D. Salinger’s The Catcher in the Rye: A Cultural History by Josef Benson
Requirements: .ePUB, .PDF reader, 2.4 MB
Overview: Since its publication in 1951, The Catcher in the Rye has been a cultural phenomenon, not only as an assigned text for English courses, but as a touchstone for generations of alienated youth. As the focus of recent major films and a successful off-Broadway play attest, J.D. Salinger and his novel continue to fascinate an American reading public. But who was J.D. Salinger, and how did he come to write a novel whose impact continues to resonate with millions of readers?

In J.D. Salinger’s The Catcher in the Rye: A Cultural History, Josef Benson examines the legacy of an elusive author and his work. After exploring how the novel reflected Salinger’s tortured psyche, the study discusses how the book made an impact on multiple generations of readers—from 1960s counter-culture youth and followers of the Black Power movement of the 1970s to the disenfranchised teens of the Reagan era and the celebrity-fixated masses of the present day. Benson also unravels the mystery behind Salinger’s reclusiveness, the effects the novel had on the reading public who adored it, and why three American assassins cited the novel as an inspiration.
Genre: Non-Fiction > General

The first book that fully integrates information about the brain and neural processing into the standard curriculum in cognitive psychology.

Based on a need for a text that could accurately, productively, and seamlessly integrate information on both the brain and neural processing, Edward E. Smith (Columbia University) and Stephen M. Kosslyn (Harvard University) created Cognitive Psychology: Mind and Brain 1.e. Without question, the study of cognition has progressed enormously over the past decade. Most importantly, much of the recent progress in cognitive studies has come from the advent of cognitive neuroscience, which uses neuroscientific methods and data to address psychological issues. However, throughout years of academic teaching, the authors came to realize that no currently available book was able to summarize and make accessible the major findings, theories, and research the field had produced. Now, in this text’s first edition, these issues have been addressed. Using findings in neuroscience to illuminate and motivate key distinctions in cognitive psychology, the authors have written a cognitive psychology book that is informed by neuroscience – the first of its kind and one poised to set a new standard in undergraduate cognitive studies.
Genre: Non-Fiction > Educational 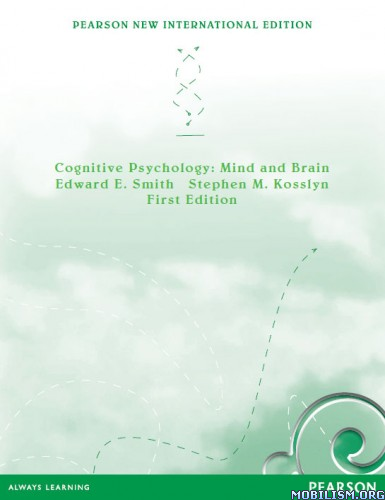 Join millions of others across the globe by ditching fad diets and turning to a proven solution which does not sacrifice taste or enjoyment of eating.
Genre: Non-Fiction > Food & Drink

Cognitive Behavioural Therapy by Stephen Briers (Brilliant Business)
Requirements: .PDF reader, 9 mb
Overview: CBT – what it is, how it works, and how to use it.

Cognitive behavioural therapy (or CBT) delivers powerful tools you can put to work to dramatically improve your life.

In this book, psychologist Dr Stephen Briers clearly explains how CBT works, gives you plenty of exercises to help put the theory into practice and reveals its effectiveness through stories from people, just like you, who have used CBT to turn their lives around.
Genre: Non-Fiction > Educational 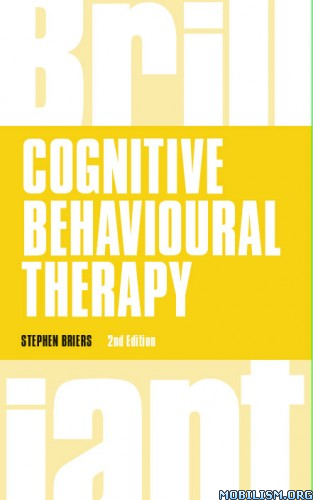 Seeking Truth: Roger North’s Notes on Newton and Correspondence with Samuel Clarke c.1704-1713 by Jamie C. Kassler
Requirements: .PDF reader, 4.3mb
Overview: In the early 1690s Roger North was preparing to remove from London to Rougham, Norfolk, where he planned to continue his search for truth, which for him meant knowledge of nature, including human nature. But this search was interrupted by three events. First, between c.1704 and the early part of 1706, he read Newton’s book on rational (quantitative) mechanics and, afterwards, his book on optics in Clarke’s Latin translation. Second, towards the latter part of 1706, he and Clarke, a Norfolk clergyman, corresponded about matters relating to Newton’s two books, after which Clarke removed to London and the correspondence ceased. Third, in 1712 North received a letter from Clarke, requesting him to read and respond to his new publication on the philosophy of the Godhead. As Kassler details, each of these events presented a number of challenges to North’s values, as well as the way of philosophising he had learned as a student and practitioner of the common law. Because he never made public his responses to the challenges, her book also includes editions of North’s notes on reading Newton’s books, as well as what now remains of the 1706 and later correspondence with Clarke. In addition, she presents analyses of some of North’s ’second thoughts’ about the issues raised in the notes and 1706 correspondence and, from an examination of Clarke’s main writings, provides a context for understanding the correspondence relating to the 1712 .
Genre: Non-Fiction > Educational