Ian Fleming and SOE’s Operation Postmaster: The Top Secret Story Behind 007 by Brian Lett
Requirements: .ePUB reader, 1.7 MB
Overview: This is a true story of a force of ‘licensed to kill’ secret agents, commanded by a real war time secret service chief code names M, with whom Ian Fleming worked, and upon whom his James Bond stories were based. Brigadier Colin Gubbins was M, the Special Operations Executive was his Secret Service, Professor Dudley Newitt was Q and Captain Gus March-Phillips commanded ‘Maid of Honor Force’, the team of ‘James Bonds’ who, in a daring operation, sailed a Q ship to West Africa and stole three enemy ships from a neutral Spanish port on the volcanic island of Fernando Po. Ian Fleming worked closely with M to oil the wheels that made the operation possible, and prepared the cover story, in which the British Government lied in order to conceal British responsibility for the raid. M’s agents prepared the ground on Fernando Po, even enmeshing the Governor in a honey trap. March-Phillips and his team carried out the raid successfully in January 1942, despite much opposition from the local regular Army and Navy commanders, and in the face of overwhelming odds. Foreign Secretary Anthony Eden told Fleming’s lies on the international stage, denying any British complicity in the operation. As a result, a secrecy embargo enveloped Operation POSTMASTER until recently.The author, an experienced criminal QC, proves beyond doubt that this thrilling operation, and the men who carried it out, were the inspiration for Fleming’s James Bond.
Genre: Non-Fiction > Biographies & Memoirs 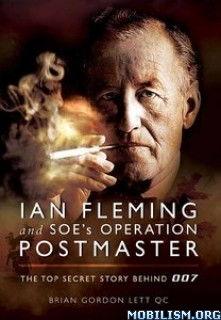