Emilie series by Martha Wells (#01-2)
Requirements: ePUB/MOBI Reader | 3.5 MB
Overview: Martha Wells is the author of fourteen SF/F novels, including Wheel of the Infinite, City of Bones, The Element of Fire, and the Nebula-nominated The Death of the Necromancer. She has a fantasy trilogy: The Wizard Hunters, The Ships of Air, and The Gate of Gods, currently out in paperback. Her most recent fantasy novels are The Cloud Roads (March 2011), The Serpent Sea (January 2012), and The Siren Depths, forthcoming in December 2012. A YA fantasy, Emilie and the Hollow World, will be out in May 2013 from Strange Chemistry Books.
She has had short stories in the magazines Black Gate, Realms of Fantasy, Lone Star Stories, and Stargate Magazine, and in the Tsunami Relief anthology Elemental and The Year’s Best Fantasy #7. She has essays in the nonfiction anthologies Farscape Forever and Mapping the World of Harry Potter from BenBella Books. She has also written two media-tie-in novels, Stargate Atlantis: Reliquary and Stargate Atlantis: Entanglement. Her books have been published in eight languages, including French, Spanish, German, Russian, and Dutch.
Genre: Fiction » Sci-Fi/Fantasy/Horror 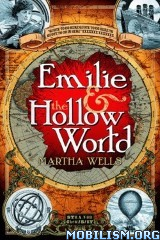 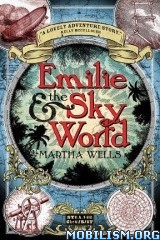 Book 1: Emilie and the Hollow World
While running away from home for reasons that are eminently defensible, Emilie’s plans to stow away on the steamship Merry Bell and reach her cousin in the big city go awry, landing her on the wrong ship and at the beginning of a fantastic adventure.
Taken under the protection of Lady Marlende, Emilie learns that the crew hopes to use the aether currents and an experimental engine, and with the assistance of Lord Engal, journey to the interior of the planet in search of Marlende’s missing father.
With the ship damaged on arrival, they attempt to traverse the strange lands on their quest. But when evidence points to sabotage and they encounter the treacherous Lord Ivers, along with the strange race of the sea-lands, Emilie has to make some challenging decisions and take daring action if they are ever to reach the surface world again.

Book 2: Emilie and the Sky World
A Girl’s Own Adventure in the spirit of Jules Verne
When Emilie and Daniel arrive in Silk Harbor, Professor Abindon, an old colleague of the Marlendes, warns them that she’s observed something strange and potentially deadly in the sky, a disruption in an upper air aether current. But as the Marlendes investigate further, they realize it’s a ship from another aetheric plane. It may be just a friendly explorer, or something far more sinister, but they will have to take an airship into the dangerous air currents to find out.
Emilie joins the expedition and finds herself deep in personal entanglements, with an angry uncle, an interfering brother, and an estranged mother to worry about as well as a lost family of explorers, the strange landscapes of the upper air, and the deadly menace that inhabits the sky world.