Ambition, Pragmatism, and Party: A Political Biography of Gerald R. Ford by Scott Kaufman
Requirements: .ePUB reader, 5.5 MB
Overview: Within eight turbulent months in 1974 Gerald Ford went from the United States House of Representatives, where he was the minority leader, to the White House as the country’s first and only unelected president. His unprecedented rise to power, after Richard Nixon’s equally unprecedented fall, has garnered the lion’s share of scholarly attention devoted to America’s thirty-eighth president. But Gerald Ford’s (1913–2006) life and career in and out of Washington spanned nearly the entire twentieth century. Ambition, Pragmatism, and Party captures for the first time the full scope of Ford’s long and remarkable political life.

The man who emerges from these pages is keenly ambitious, determined to climb the political ladder in Washington, and loyal to his party but not a political ideologue. Drawing on interviews with family and congressional and administrative officials, presidential historian Scott Kaufman traces Ford’s path from a Depression-era childhood through service in World War II to entry into Congress shortly after the Cold War began. He delves deeply into the workings of Congress and legislative-executive relations, offering insight into Ford’s role as the House minority leader in a time of conservative insurgency in the Republican Party.

Kaufman’s account of the Ford presidency provides a new perspective on how human rights figured in the making of U.S. foreign policy in the Cold War era, and how environmental issues figured in the making of domestic policy. It also presents a close look at the 1976 presidential election—emphasizing the significance of image in that contest—and extensive coverage of Ford’s post-presidency. In sum, Ambition, Pragmatism, and Party is the most comprehensive political biography of Gerald Ford and will become the definitive resource on the thirty-eighth president of the United States.
Genre: Non-Fiction > Biographies & Memoirs 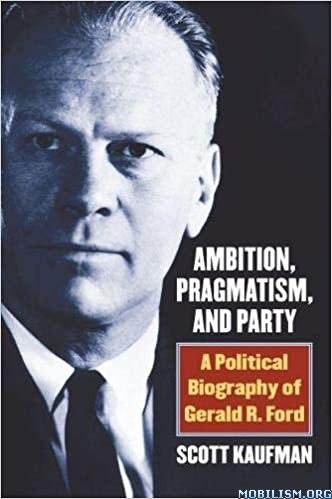