Writer, Sailor, Soldier, Spy: Ernest Hemingway’s Secret Adventures, 1935-1961 by Nicholas Reynolds
Requirements: .ePUB reader, 20 MB
Overview: A “riveting”* international cloak-and-dagger epic ranging from the Spanish Civil War to the liberation of Western Europe, wartime China, the Red Scare of Cold War America, and the Cuban Revolution, here is the stunning untold story of a literary icon’s dangerous secret life – including his role as a Soviet agent code-named “Argo” – that fueled his art and his undoing.In 2010, while he was the historian at the esteemed CIA Museum, Nicholas Reynolds, a longtime American intelligence officer, former U.S. Marine colonel, and Oxford-trained historian, began to uncover clues suggesting Nobel Prize-winning novelist Ernest Hemingway was deeply involved in mid-twentieth-century spycraft – a mysterious and shocking relationship that was far more complex, sustained, and fraught with risks than has ever been previously supposed. Now Reynolds’s meticulously researched and captivating narrative, Writer, Sailor, Soldier, Spy, “looks among the shadows and finds a Hemingway not seen before” (London Review of Books), revealing for the first time the whole story of this hidden side of Hemingway’s life: his troubling recruitment by Soviet spies to work with the NKVD, the forerunner to the KGB, followed in short order by a complex set of secret relationships with American agencies, including the FBI, the Department of State, the Office of Naval Intelligence (ONI), and the Office of Strategic Services (OSS), a precursor to the CIA.
Genre: Non-Fiction > Biographies & Memoirs 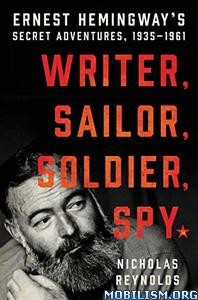