The WAG and The Scoundrel by Debbie McGowan (Gray Fisher #1)
Requirements: ePUB Reader, 574 kB
Overview: Three years after the death of his civil partner, DCI Gray Fisher is finally ready to make the break from the police. For too long, he has used his work as a means of survival; now, he’s looking forward to a nice, quiet life in academia.

Investment banker Will Richards is a walking, talking contradiction. With his love of surfing and his farmhouse menagerie of rescue animals, he’s far removed from Gray’s idea of the perfect man, but that’s ‘not a problem’. Gray wants nothing more than friendship, and Will seems happy to accept that. After all, with his mum’s illness and resigning from his job, he’s got enough on his plate already.

When former colleague, Rob Simpson-Stone, asks for Gray’s help with a case of a destitute banker who faked his own death, Gray is understandably reluctant to get involved…until Rob reveals the identity of one of the suspects.
Genre: Mystery Romance MM 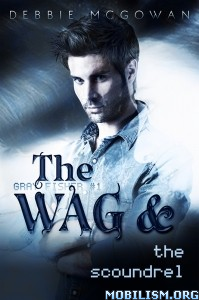