The Score by by Demetrius Sewell
Requirements: ePUB Reader | 314 KB
Overview: The last thing Tatum Fox needs right now in her life is a man. But that doesn’t stop her from making the decision to face her past and accept her attraction to men outside her race…the same men her family warns her will only use her.
See her as an experiment.
When she meets Seth Carter, a sexy restaurateur who won’t take no for an answer, Tatum has a choice to make—she can either be accepted by her opinionated family, or be forced to turn away from them and the only security she’s ever known. But Seth has racial issues of his own. He can’t stop the rumors that he’s prejudiced in his business practices.
Will they overcome their issues together, or will Tatum uncover Seth’s secret agreement to get her into his life, and run back to her family?
Genre: Romance 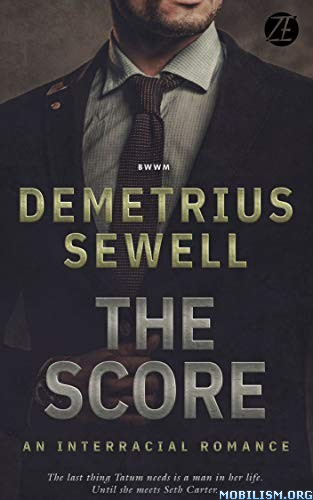