The Killing Games by Antony J Woodward (Christopher Bourgh #2)
Requirements: ePUB Reader | 253 kb
Overview: The slick and twisted sequel to The Mendacity Games.
Christopher Bourgh is being hunted by hitmen but he has no idea who’s sent them. As if that wasn’t enough he’s about to start college. Now a stranger in a strange land Chris is about to learn that those wicked games he’d played back in England are about to come circling right back to him.
As the past catches up with him Chris finds himself forced to confront the fallout from his web of lies and death. He’s dragged into the wrong crowd, being bullied into a battle he wants no part of. Secrets and murders, involving a serial killer and a bent detective, start to pile up as Chris struggles to keep a handle on a game he can no longer control.
And that’s not including the punk boy who seemingly wants to date him, drawing him dangerously close to a secret that might just be the death of him.
Secrets and murder collide in this stunning thriller…
Genre: Mystery/Thriller/Suspense 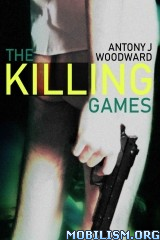