They are hunted and executed, and their magic is illegal.

Anti-cultivation propaganda posters are plastered on every street corner. The Counter-Cultivation division investigates, the elite Black Corpses are sent in for the kill. None are spared. Mercy doesn’t exist.

But did the cultivators really bring the War of Tribulation? Are they actually responsible for the Heavenly Curse? Are they truly the bloodthirsty psychopaths the government paints them to be?

Wang Fan is a homicide detective who fights for justice, and who believes that officers like himself are tasked with championing the rights of the common citizens. Then a seemingly routine case goes awry, and he finds himself dragged into the darkness of the cultivation world. And when he realizes the Black Corpses have their sniper rifles aimed at the back of his head, he has no choice.

He has to fight the system to survive.

But can he escape the most elite and technologically advanced troops the Sinotech Corporation sends at him? Does he dare to peel back the veil of lies and secrecy to uncover the truth? Do you dare take that journey with him?
Genre: Fiction > Sci-Fi/Fantasy 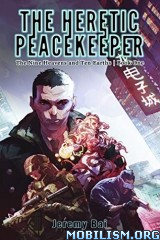