The Cretaceous Period: The History and Legacy of the Geologic Era that Ended with the Extinction of Dinosaurs by Charles River Editors
Requirements: .ePUB reader, 1.10 Mb
Overview: Scientists have long attempted to understand Earth’s past, and in service to that effort, they have divided the world’s history into eons, eras, periods, epochs and ages. For example, the current eon is called the Phanerozoic, which means “visible life.” This is the eon in which multi-cellular life has evolved and thrived. Before this, life was microscopic (single cell).

Before the Triassic, primitive life had built up in the oceans and seas, and some lifeforms finally had crawled onto land during the Paleozoic era. With that, life had become well established, but then came the Permian-Triassic mass extinction, the worst extinction event in the history of the planet. At the end of the Triassic, another extinction event cleared the way for dinosaurs to become the dominant set of species in the Jurassic.
Genre: Non-Fiction > History 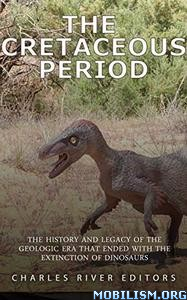