The Brotherhood Chronicle by Tejas Desai (#2-3)
Requirements: .ePUB reader, 1.0 MB
Overview: Tejas Desai is the author of the international crime epic The Brotherhood Chronicle, set to be released in 2018-2020, and the acclaimed Good Americans (2013), which Kirkus Reviews has called "a solid collection of rare caliber" that "speaks volumes about the human condition and modern life in America." He is the founder of The New Wei literary movement, which he has written about in the Huffington Post, Neworld Review, Publishing Perspectives and other publications. He was born, lives and writes in New York City, where he works as a supervising librarian.
Genre: Fiction > Mystery/Thriller 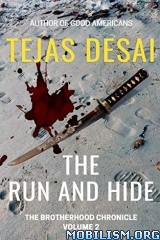 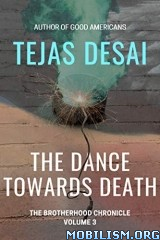 2. The Run and Hide
After the cataclysmic events in New York City, Niral Solanke, scarred both internally and externally, was banished to the other side of the world to the country of Thailand, where he began working for an international criminal gang called the Dragons. He had incurred a debt after his friend Wan, a Dragon associate, saved his life and helped him find the Italian-American mobster Roberto Tragliani. The amount of the debt was unclear and seemed to increase endlessly, but Niral did not care. For the next few years, he was a broken shell of a man, discarding morality, sex, religion, and anything else but the simplest pleasures, surviving day to day in a world that had grown increasingly violent and inhumane.

While he welcomed death as much as life, luck shined upon him. Despite the wishes of some fellow Dragons, his weak demeanor and hesitancy to commit violence did not result in a death sentence. Rather, he was given to a diamond merchant, a fellow American named Duncan Smith, a legitimate business partner of the local Dragon boss, Fan Hong. But soon they were betrayed, and the criminal world asked him to conform, just as many organizations and ideologies had asked for his loyalty in the past. Then others, both old and new, were ready to pounce on him, too, just as men and women in his orbit continued their dance toward death, liberation, or something in between, forced to survive in a violent, oppressive, chaotic universe.

3. The Dance Towards Death
The third volume of The Brotherhood Chronicle continues the turbulent story of former private investigator Niral Solanke and several survivors of a complex international criminal world. Niral is returning to Thailand from India, still indebted to the Dragons despite living with Bhai in Dwarka, participating in the violent events in Yam Gam and speaking with Manu about his daughter in Mumbai.

Duncan is preparing to go to Chiang Mai to be with his wife Lamai, but first needs to pick up Niral at the airport while avoiding Nam and the arrival of Dragon reinforcements from New York. Mr. Hong is increasingly paranoid about loose ends and an impending war with Sumantapat, but he prepares to go abroad while leaving the dirty work to Nam. Nat and Rob are in Isan searching for Apsara, while Pom, after taking Sumantapat’s tip and following his own hunch, has walked into a trap in Bangkok.

In the New York City area, Vince Stevens has just outed Hemraj and Ashley’s association with Ashok, leading Bob and Sveta to change their residence from Kings Point to Queens in order to ally with Lance and Carty. In India, Manu does Niral’s work for him as The Brotherhood tries to assuage the caste divisions in Yam Gam. Bhai and Talim continue to plot for Shri Diwali, and Niral continues to balance his divided loyalties to all parties while figuring out how to get out of the complex situation in which he finds himself.