Sins of Angels Series (4-5) by Matt Larkin, J.S. Morin
Requirements: ePUB / MOBI / AZW Reader, 2.7MB
Overview: I am a creator of worlds and a destroyer of words. As a fantasy writer, my works range from traditional epics to futuristic fantasy with starships. I have worked as an unpaid Little League pitcher, a cashier, a student library aide, a factory grunt, a cubicle drone, and an engineer–there is some overlap in the last two.

Through it all, though, I was always a storyteller. Eventually I started writing books based on the stray stories in my head, and people kept telling me to write more of them. Now, that’s all I do for a living.
Genre: Fiction | Sci-fi/Fantasy 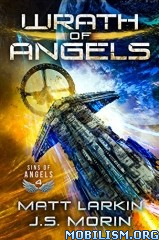 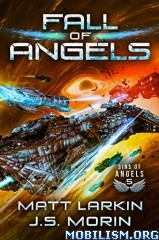 #4 – Wrath of Angels
he started a quest to free mankind from the departed angels’ dogma. Instead, she delivered mankind for judgment.

The awakened angels took no time in reasserting themselves as the dominant species in the universe. As galactic powers vie for control of the angels’ battleship, the angels show them how inferior human technology is. As Rachel Jordan looks on helplessly, furious angels take out their wrath on the sinful human empires that sprang up in their absence.

The only ones spared the angel’s judgment? The Redeemers.

Rachel doesn’t want to live in a universe where those zealots are the standard of piety. But how can she defeat an enemy that ruled humankind with iron wings for millennia?

#5 – Fall of Angels
To fight a war with heaven, make an ally of hell.

Despite the best of intentions, Rachel Jordan has unleashed an apocalypse on the holy universe—possibly the apocalypse. As mankind faces the unforgiving judgment of the angels, she turns to every source she can think of for help.

The ancient Adversary that once nearly wiped out humanity is the only force ever known to have stood against the angels. By Rachel’s reasoning, that might make them humanity’s only allies worth having.

Will Rachel’s quest to free humanity’s minds from angelic dogma end up costing her entire species its soul?