Reading Harry Potter Again: New Critical Essays by Giselle Lisa Anatol
Requirements: PDF Reader, 1.2MB | Retail
Overview: As was argued in Reading Harry Potter: Critical Essays (Praeger, 2003), interpreting the underlying messages and themes of the Harry Potter series is vital for understanding the ways in which we perceive and interact with each other in contemporary society. The novels and corresponding film adaptations have broken records with their astonishing sales and widespread acclaim. They have also generated a plethora of writing—by critics, academics, and fans. J.K. Rowling’s Harry Potter books could easily be called this generation’s most formative narratives, and thus certainly warrant critical attention.

This new volume of essays covers the entire seven-book sequence. Contributors consider myriad themes from a variety of perspectives. Areas addressed include religion, morality, race, magic, and other themes popular in discussing the books. With this book in hand, fans of the series—indeed anyone interested in the Harry Potter phenomenon—will better appreciate and understand Rowling’s work and the impact of her stories on our culture and on our times.
Genre: Non-fiction | General 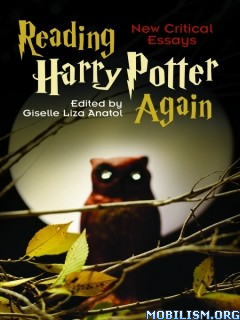