Passchendaele: The Untold Story by Robin Prior, Trevor Wilson
Requirements: .ePUB reader, 1.2 Mb
Overview: No conflict of the Great War excites stronger emotions than the war in Flanders in the autumn of 1917, and no name better encapsulates the horror and apparent futility of the Western Front than Passchendaele. By its end there had been 275,000 Allied and 200,000 German casualties. Yet the territorial gains made by the Allies in four desperate months were won back by Germany in only three days the following March. The devastation at Passchendaele, the authors argue, was neither inevitable nor inescapable; perhaps it was not necessary at all. Using a substantial archive of official and private records, much of which has never been previously consulted, Trevor Wilson and Robin Prior provide the fullest account of the campaign ever published.
Genre: Non-Fiction > History 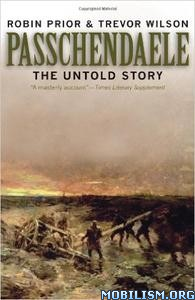