Minimalist – Icon Pack v4.2 [Patched]
Requirements: 5.0 and up
Overview: Complement your mobile screen with exclusive Minimal Icons. Each icon is a real masterpiece and designed in order to create a perfect minimal look. Minimalist Icon Pack have been designed with a Perfect blend of creativity with simplicity enhancing your mobile experience. 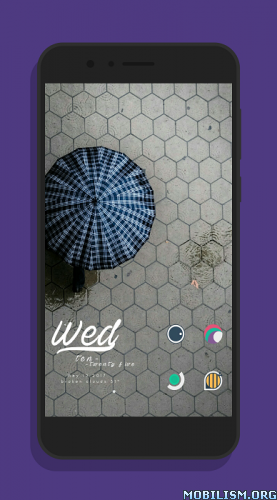 And do you know?

An average user checks their device more than a 50 times in a day. make each time a real pleasure with this Minimalist Icon pack.

Minimalist Icon pack Icon pack has 6300+ icons. and More icons will be added with regular updates.

• 70 Unique & Supreme collection of wallpapers for your screen. (more wallpapers will be added)

• A supported launcher is required to use this icon pack!

• FAQ section inside the app which answers a lot of questions you may have.Please read it before you emailing your question.

CM Theme Engine (not supported on some versions)

LG Home (not supported on some versions)

This icon pack has been tested, and it works with these launchers. However, it may also work with others too.In case you do not found an apply section in dashboard. You can apply icon pack from a theme setting.

• Google Now Launcher do not support any icon packs.

• Missing an Icon? feel free to send me an icon request and I will try to update this pack with your requests.

• FOR LG USERS: LG HOME With latest update LG HOME does not support icon pack on some devices. We are still working on it may be it will work in a upcoming release. so in a mean time you have to use a launcher on LG devices.