Last of the Mountain Men (Ally Oldfield #2) by Tony Moyle
Requirements: .ePUB, .MOBI/.AZW reader, 819 KB
Overview: There have always been Mountain Men. Their true identities hidden. Their real motives unknown. Until now.
They’ve been changing the course of human history for the last four centuries and very occasionally some of them were even quite good at it. Like most things in life, successful revolutions take a bit of practice.

Now their revolutionary achievements, or half-baked attempts, are being re-enacted in the twenty-first century, everything from the gunpowder plot to the French revolution. Someone has learnt their secrets and there’s twelve billion dollars up for grabs for anyone willing to help bring down the establishment.

Dr Ally Oldfield isn’t bothered by the money or the establishment. She has a new job, an exhibition to curate with Lance, a seemingly useless clumsy intern, busy body neighbours who don’t understand the phrase ‘sod off’ and a recent intruder who says she’s on the run from the FIB. None of this really matters. What matters more is why she’s being framed for most of the global chaos, and why it involves her own murky past?

History is creating chaos, but the only history Ally can’t figure out, is her own.
Genre: Fiction > Mystery/Thriller Historical 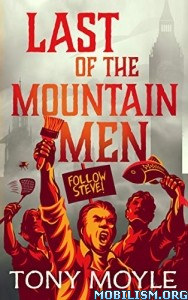