In the Beginning by Mary Newman (After the Coming Book 1)
Requirements: .ePUB Reader | 301 kb
Overview: They said they came in peace, wanting only to gather the righteous and take them to paradise. The aliens did so much more, emptying entire cities of humanity, destroying governments and political borders, taking all resources they considered valuable, and departing just as suddenly as they arrived, leaving Earth devastated. Their families taken, fourteen-year-old, Luke, and his best friend, Arnie, find themselves just trying to survive.
Ten years later, Luke and Arnie are as close as blood brothers. They survive as nomadic traders, traveling the continent, salvaging whatever they can find and bartering for food and water. They trust few, and call no place home. It’s not the life they thought they’d be living, but it’s the best they can do.
Rhett and his parents survived the alien invasion by retreating to their bunkers in rural Oklahoma. He keeps his family hidden and only ventures out on sporadic trade runs.
Until he is caught by an interloping gang bent on destruction.
When a good turn for a woman on her own leads them into the middle of a war between rival factions, Luke and Arnie must decide whether to finally stay and fight for those they care about, or keep on running.
Trust is hard when morals and integrity are forgotten words and you’re not even sure who your real friends are.
Genre: Romance MM 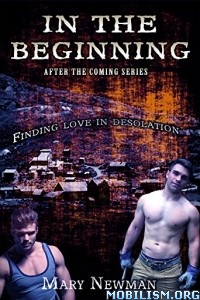