I’m Watching You is a brilliant thriller from best-selling Karen Rose and part of her Chicago series.

Kristen Mayhew, the Chicago Public Defender’s office star prosecutor, is no stranger to success. With success comes danger, though, and it’s only a matter of time before she herself becomes a victim.

A secret admirer is following Kristen’s every move. He kills the criminals she herself is powerless to stop, then sends her letters offering the murders as tokens of his respect. Kristen’s life is out of control, and, as the body count rises, the killer’s obsessive need for retribution will make Kristen a target, along with everyone she holds dear….
Genre: Audiobooks > Fiction Romance, Suspense 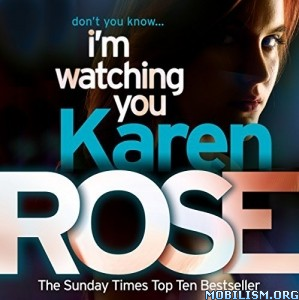