The Historiography of Alexander the Great by Krzysztof Nawotka, Robert Rollinger, Josef Wiesehofer, Agnieszka Wojciechowska
Requirements: .PDF reader, 4 MB
Overview: This volume tries to tackle the most serious problem facing modern Alexander the Great studies: that of inadequate sources. Its principal interest is in surviving ancient continuous accounts (Diodorus, Curtius Rufus, Plutarch, Arrian, and Justin), which are at least three hundred years younger than Alexander and in many ways one-sided in their Greek bias, often promoting the view of Alexander within the narrow bounds of a Western conqueror.The papers in this volume deconstruct these accounts and search for sources used by their authors, principally in narrative of eye-witnesses and other authors of the first generation after Alexander, including his court historian Callisthenes and his companions Onesicritus, Aristobulus, and Ptolemy. They search for fragments of ancient literary works known from papyri and for shadowy accounts created on the Persian side like the “mercenaries’ source”. Some papers look into propaganda patterns of the age of Alexander and their connections with cliches of Egyptian literature. Some investigate a parallel tradition on the last will of Alexander, enshrined in I Maccabees, and best known from the Alexander Romance. Finally, papers in this volume examine post-classical rendition of Alexander: Jewish from the Talmud to Josippon and Byzantine, composed of separate textual traditions of various ancient authors, with Plutarch taking pride of place.
Genre: Non-Fiction > History 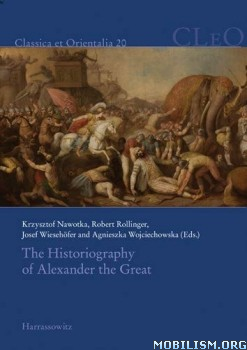