High Coast series (#1-2) by Tove Alsterdal / Narrated by Hillary Huber
Requirements: .MP3 player, 670 mb
Overview: Tove Kerstin Alsterdal, born on the 28th of December 1960 in Malmö, is a Swedish author, journalist and playwright. In 2009 she made her debut with her first book in the thriller genre, ‘The Forgotten Dead‘, and has since been published in many countries worldwide. She has also written manuscripts for movies and theatre, and been an editor for author Liza Marklund’s bestselling crime novels.
Genre: Audiobooks > Fiction / Crime Thrillers 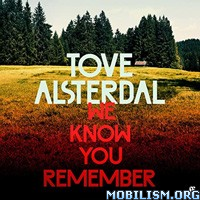 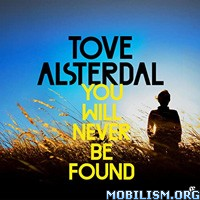 We Know You Remember, #1 The case was closed. The records were sealed. But they haven’t forgotten.

Detective Eira Sjödin is just old enough to remember the summer when 16-year-old Lina Stavred went missing. Her entire community was haunted by the disappearance – especially when Olof Hagström, just 14 himself, confessed to her murder.

That was two decades ago. No one in their small rural community has seen or heard from him since, but the spectre of his crime lingers in the forests around the town.

But now Olof is back, and he stands accused of another brutal crime. Eira will have to untangle years of well-kept secrets to get to the truth…because in Ådalen, where Eira knows everyone, nothing is what it seems.

Winner of Best Swedish Crime Novel 2020 and The Glass Key Award for Nordic Crime Fiction 2020, We Know You Remember is a brilliantly atmospheric police procedural guaranteed to keep you guessing to the end.

You Will Never Be Found, #2 He was locked inside an abandoned house. But he’s not the only one…

When a dead man is found locked in the basement of an abandoned house, deep in the woods, there is no evidence of what happened beyond his name – scratched into the wall before he died. The regional police can’t find anyone who knew him.

But no-one knows the locals like Detective Eira Sjöden. When her expert knowledge of her home town is again called in, she knows one of them must have seen something. Before she can uncover the truth, though, someone shockingly close to her disappears.

Has he fallen victim to the same criminal they’ve been chasing? And can Eira put the pieces together in time to save him?

High Coast 01 – We Know You Remember.rar
High Coast 02 – You Will Never Be Found.rar