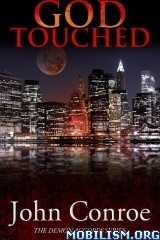 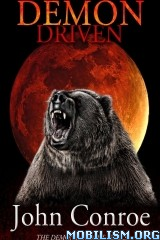 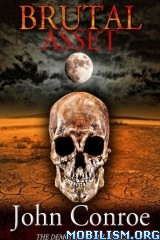 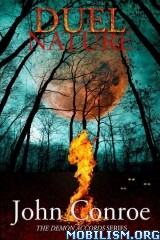 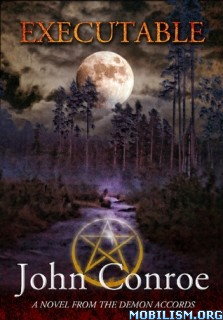 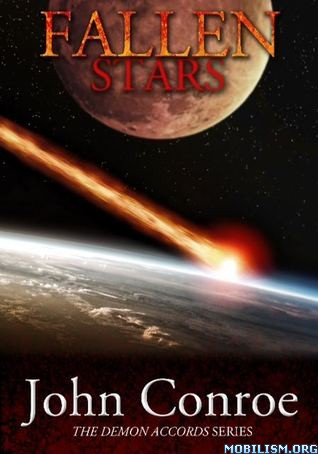 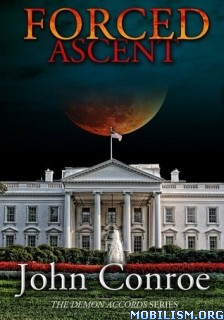 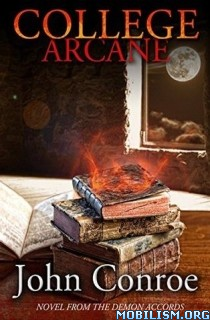 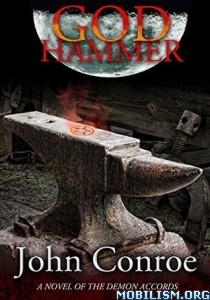 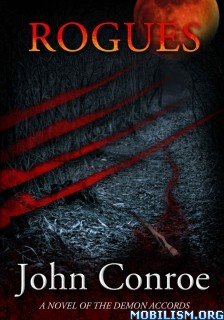 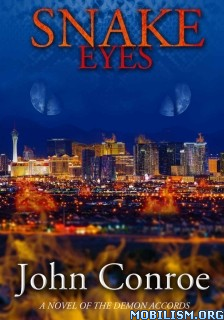 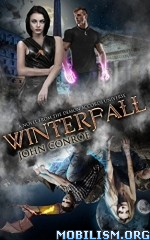 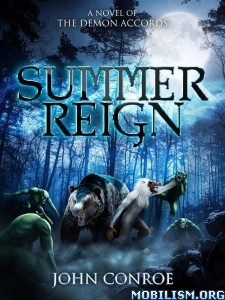 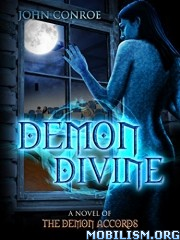 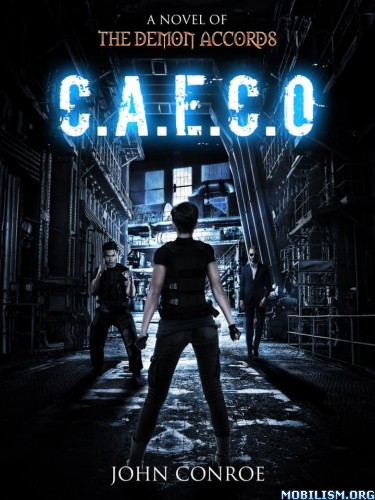 #1 – God Touched
Chris Gordon is a rookie cop in the Big Apple with an interesting sideline – hunting demons.
But after rescuing a beautiful girl from a demonic attack, he finds life stranger than he ever thought possible. Vampires, werewolves, shadowy federal agencies and a giant short-faced bear. And it’s not even Halloween yet.

#2 – Demon Driven
Seven months have passed since Chris Gordon met Tanya Demidova. In that time he has adapted to the vast changes in his life. Being faster and stronger, working for a paranormal police unit and dating a vampire. But new threats appear; from the South, from the North, within the NYPD and from the U.S. government.
But his greatest danger is already inside him

#3 – Brutal Asset
Partnered in an uneasy alliance with federal law enforcement, Chris Gordon has been hunting down the outlaw gang, Loki’s Spawn, who attacked his vampire girlfriend. But when he finds unexpected hostages who trigger his baser instincts, Chris is thrown into a search for answers to dark questions. How to control his inner demon, what do the Spawn want with children, and who is hunting him?

#4 – Duel Nature
Chris and Tanya have been assigned as Coven Rovers, traveling the country and trouble shooting the supernatural community. It’s a job that’s part cop and part auditor, one that should be long periods of boredom mixed with small parts of action. But this is Chris and Tanya, so a sudden assignment to check on a rogue vampire leads to a run in with a hostile Master vampire, a hit squad, monsters straight out of Native American folklore, black ops teams and worst of all, vampire politics. Now, more than ever, Chris must control his dark side, as the alternative is death.

#5 – Fallen Stars
Sometimes discretion is the better part of valor. Sometimes it’s just best to get the hell out of Dodge. After turning an ancient vampire to dust and stirring the Coven into a mob of pitchfork- and torch-bearing vampires, Chris Gordon thinks it might be time for a road trip. So, leaving Tanya to calm the troubled masses, he heads south to help a North Carolina Pack with some demon troubles. But with beautiful Stacia Reynolds in the shotgun seat and his trusty companion, Awasos, Chris just might find more trouble out of the Big Apple than in it as he follows the blacktop south. It’s demons and witches and bears, oh my.

#6 – Executable
For seventeen years Declan O’Carroll has lived quietly in the upstate Vermont town of Castlebury, waiting impatiently for a chance to get out and meet the great wide world. When an odd new girl appears in town, Declan finds out that the world might be coming to meet him. But the big question remains… who is in more danger? Declan or the world?

#7 – Forced Ascent
Chris Gordon has never had an easy relationship with the White House. Now, after rescuing his goddaughter from a secret base in New Hampshire, it’s reached a new low. You drop one little asteroid onto the continental United States and the entire government goes crazy. On top of that Halloween is fast approaching and demons are popping through into our world every which way. Forced into the world of high level politics, Chris and Tanya and their merry crew will have to stay two steps ahead of just about everyone if they’re going to have a chance in hell of preventing all Hell from breaking loose.

#8 – College Arcane
College. A time of transition from youth to young adulthood. New lessons, new responsibilities, new distractions. A period of life treasured by most. Unless you happen to attend an institute of higher learning where the bullies are werewolves, the teachers are sadists, and the pretty girls are all deadly. A school like that demands a special kind of student, someone with the skills and power to survive. Someone like Declan O’Carroll.

#9 – God Hammer
Summer in the Big Apple. Eight million stories of excitement and adventure… plus one. Declan O’Carroll is ready to start his summer internship at the hottest new company on the planet, Demidova Incorporated. What will he be doing? What tasks could he possibly handle for the most famous couple on Earth? After all what could a second semester college freshman hope to add to a multi-national conglomerate? As the strongest male witch in existence it might just be much, much more than anyone could ever predict.

#10 – Rogues
When a hunter is brutally mauled in northern Maine, it’s presumed that a black bear is the killer. But an astute local deputy suspects a more supernatural element. His call for assistance is answered by the supernatural community sending one of their very best. If it takes a thief to catch a thief, who do you use to catch a werewolf? But nothing is ever simple in the preternatural world. There’s more here than meets the eye… nose… ear… or fang.

#11 – Snake Eyes
Book 11 of the Demon Accords. Las Vegas. Sin City. What happens in Vegas…could kill most of the human race. When all trails lead Chris, Tanya and their entire team to the desert gambling mecca, the stakes become the highest possible. Facing a hybrid demon werewolf, his death witch mother, undead strippers and pregnancy cravings, Chris must rely on his team like never before if he’s to have any chance at saving the race of man, not to mention a spot in preschool for his unborn kids.

#12 – Winterfall
With Declan O’Carroll on Fairie and Chris Gordon on Earth what could go wrong? Try everything. Scheming elves, deadly zombies, killer goblins, flaming dragons and dirty diapers. With a growing, insidious threat to Earth, Chris and Tanya race to save lives while Declan, Stacia and friends work just as hard to save their own lives on an alien world, far removed from the comforts and safety of home. Only together will they overcome the odds. But come on, with this team, maybe the odds should look out.

#13 – Summer Reign
Faced with writing college papers, prepping for tests, and teaching testy witches, Declan O’Carroll has enough on his plate. Not to mention the magical withdrawal of leaving his very own magical kingdom behind on Fairie. But when he and his friends are attacked from creatures out of folklore and fable it seems the Queens of Summer and Winter aren’t done with him yet. But if they’re so eager to mess with Earth, maybe it’s time to Earth came to them. After all, he’s got some lessons to teach.

#14 – Demon Divine
Something unholy is hunting the streets of Burlington, Vermont, stalking the campus of the local university. Chris Gordon and his contingent of demon hunters is drawn to the northern Vermont city by a brutal murder of hellish proportions, ready to banish it from Earth.
But this Hellion is direct from the Abyss, incarnate and fully possessed of all the powers of high Hell royalty – female royalty at that. It’s been said that the female of the species is deadlier than the male, and this one might be the deadliest of all.
How do you flush out such dangerous prey without recreating the chaos that befell Washington such a short time ago? The answer: bait. The bait: Declan O’Carroll, witch prodigy with powers so sweet it’s like candy for the Devil’s own. Can Chris and company catch this monster before any harm comes to their friend and colleague? Or will Hell have its way? Can they see all the angles or does this Abyss bitch have the edge?

#15 – CAECO
Combat is literally her middle name, Chimeric Adaptive Enhanced Combat Operator, but now Caeco Jensen works for the FBI, building a new life and trying to learn from a painful past. It’s hard to fit in when you are one of a kind, but maybe, just maybe, there’s a place for her in this world. That is if threats from off planet don’t ruin it first. Forging and protecting a new future with her unique skillset won’t be easy, maybe almost as hard as making new friends.