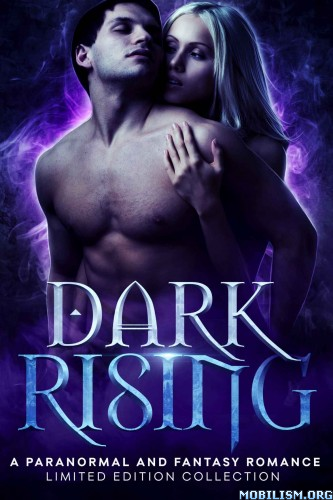 The Red Queen by, K.N. Lee
Graduating highschool was a piece of cake. Try surviving a college where fairies make up the cheerleading squad, doorways open to other worlds, and finals are life or death. Literally.
Welcome to Wonderland University.

Rescued by the Alpha by Anna Santos & Alyssa Breck
He stole the bride but didn’t know he was rescuing his mate.

Wanted by the Bear by Cecilia Lane
Can a rogue bear shifter and a halfblood fae put evil back in her grave?

Birthright by Ariel Marie
He’ll do what he must to secure his mates, his future and his birthright.

Partial Shift by Ines Johnson
Born with a crippling deformity, Aziza yearns to escape the brutality of the shifter world she was born into. But her genius intellect makes her a target in the human world.

Stars Descend by Kara Jaynes
I’m just a street rat, a trash picker. The Prince of Elves could have anyone, so what does he see in me?

Faith of the Fallen by Jessica West
Angels, demons and witches have to work together to save humanity in a paranormal suspense novel heavily influenced by Dante Alighieri’s Inferno.

Red Rex: Blood Echoes by Calinda B
His freak father drained his empath mother of her brain waves and preserved her cryogenically. Gaige is determined to find her. But then, his world turns red.

Huntress of the Unseen by Lucia Ashta
Demon huntress Katsumi has never allowed herself a weakness. Until now.

The Cursed Thorn by Nicole Zoltack
A cursed witch and a prince who longs to see the world star in this gender-bent retelling of Beauty and the Beast.

Rogue by Savannah Verte
Everyday immortal Bree Brigand gets a rude awakening as her family is slaughtered. Not only is the cursed, suicide blade of legend and lore real, but it has chosen her. She must quickly learn to fast-track a course she’s never navigated, in a world she thought only existed in campfire stories. But, only after coming to terms with the facts…her family is not her family.

The Frozen Heart by Cordelia Castel
A Wicked Snow Queen. A frozen heart. Will love triumph over evil?

The Dark Calling by Juliana Haygert
a clueless witch finds out there’s more to her magic when a group of witch hunters come for her–and a brooding warrior saves her.

A Dragon’s Heart by Tina Glasneck
Mia will have to face history in her present with a man she’s only ever read about — Lord Greyson Dumont– who sets heart her on fire. The problem is, she also knows he is destined to die. She’ll do anything to change history, even if it means sacrificing her mortal heart to the powerful dragon.

Cooling by Morgan Jane Mitchell
While the frozen town of Cooling heats up for its newest, otherworldly resident, Mardella Craft wants answers, not to be snowed in with the sexy demon.