Crown, Covenant and Cromwell: The Civil Wars in Scotland 1639-1651 by Stuart Reid
Requirements: .ePUB reader, 8.3 MB
Overview: Crown, Covenant and Cromwell is a groundbreaking military history of the Great Civil War or rather the last Anglo-Scottish War as it was fought in Scotland and by Scottish armies in England between 1639 and 1651. While the politics of the time are necessarily touched upon, it is above all the story of those armies and the men who marched in them under generals such as Alexander Leslie, the illiterate soldier of fortune who became Earl of Leven, James Graham, Marquis of Montrose and of course Oliver Cromwell, the fenland farmer and Lord Protector of England.

Historians sometimes seem to regard battles as rather too exciting to be a respectable field of study, but determining just how that battle was won or lost is often just as important as unraveling the underlying reasons why it came to be fought in the first place or the consequences that followed. Here, Stuart Reid, one of Scotland s leading military historians, brings the campaigns and battles of those far off unhappy times to life in a fast-paced and authoritative narrative as never before.”
Genre: Non-Fiction > History 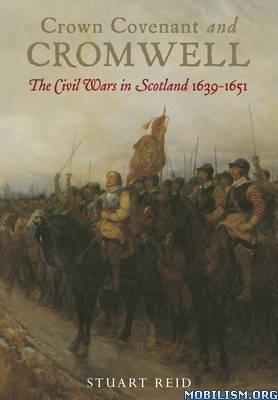