Blood Royal: The Story of the Spencers and the Royals by John Pearson
Requirements: .ePUB reader, 1.84 MB | modified retail | Bloomsbury 2011 edition
Overview: When Lady Diana Spencer married the Prince of Wales in 1981, very little attention was given to her feudal family. The once powerful Spencer dynasty was in disarray and seemed to have outlived its usefulness. In the years following Diana’s death, however, the spotlight has turned and remained on the Spencers. Members of what appeared to be a dysfunctional aristocratic family have more than come into their own.
First published in 1999, Blood Royal: The Story of the Spencers and the Royals addresses the questions surrounding the Spencer family story: their chequered history, their intriguing character, and, through the influence of Prince William, their future role within the monarchy. For while Diana left an indelible mark on the British nation and on those who loved and admired her around the world, she also left an indelible mark on the royal family of Windsor: her Spencer genes.
Genre: Non-Fiction > Biography > British Royals 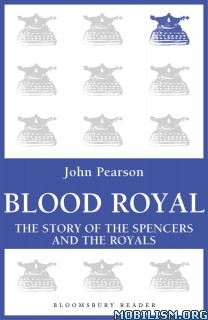 From the author of All the Money in the World, now a major motion picture, comes a history of Lady Diana’s family, the Spencers, a dynasty that rose from sheep farmers to the ranks of upper aristocracy and, finally, royalty.