Anzio: Italy and the Battle for Rome – 1944 by Lloyd Clark
Requirements: .ePUB reader, 6 MB
Overview: The Allied attack of Normandy beach has been immortalized in film and literature, but it was the Allied campaign on the beaches of Western Italy, at Anzio, that reigns as the bloodiest battle in the Second World War’s western theater. One of the world’s leading military historians, Lloyd Clark, delivers a gripping narrative and fresh interpretation of this remarkable but overshadowed battle. About six months before D-Day, in January 1944, a united force of 36,000 soldiers launched one of the first attacks on continental Europe at Anzio, a small coastal city thirty miles south of Rome. But the advance stalled, and the Allies were unable to exploit initial German weakness that could have led to a decisive strike to liberate the undefended Italian capital. As the Germans gained strength, their force growing to 120,000 men, Anzio beach became a death trap. With winter beating down, the Allies held on, pushing more men, guns, and armor into the stalemate, though their men were still sorely outnumbered. After five months of fighting, and monumental casualties on both sides, the Allies were able to successfully crack the German line, capturing Rome on June 4, just two days before D-Day.
Genre: Non-Fiction > History 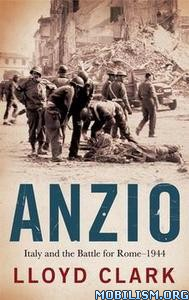