A Family of Gods: The Worship of the Imperial Family in the Latin West by Gwynaeth McIntyre
Requirements: ePUB Reader, MOBI Reader, AZW Reader, 1.23 MB
Overview: Roman politics and religion were inherently linked as the Romans attempted to explain the world and their place within it. As Roman territory expanded and power became consolidated into the hands of one man, people throughout the empire sought to define their relationship with the emperor by granting honors to him. This collection of practices has been labeled “emperor worship” or “ruler cult,” but this tells only half the story: imperial family members also became an important part of this construction of power and almost half of the individuals deified in Rome were wives, sisters, children, and other family members of the emperor.

In A Family of Gods, Gwynaeth McIntyre expands current “ruler cult” discussions by including other deified individuals, and by looking at how communities in the period 44 BCE to 337 CE sought to connect themselves with the imperial power structure through establishing priesthoods and cult practices. This work focuses on the priests dedicated to the worship of the imperial family in order to contextualize their role in how imperial power was perceived in the provincial communities and the ways in which communities chose to employ religious practices. Special emphasis is given to the provinces in Gaul, Spain, and North Africa.

This book draws on epigraphic evidence but incorporates literary, numismatic, and archaeological evidence where applicable. It will be of interest to scholars of Roman imperial cult as well as Roman imperialism, and religious and political history.
Genre: History > Ancient Civilizations > Rome 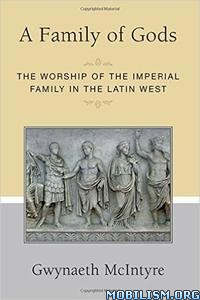