4 Books by Annie Proulx
Requirements: ePUB Reader | 7 MB | Version: Retail
Overview: Edna Annie Proulx is an American journalist and author. Her second novel, The Shipping News (1993), won the Pulitzer Prize for Fiction and the National Book Award for fiction in 1994. Her short story "Brokeback Mountain" was adapted as an Academy Award, BAFTA and Golden Globe Award-winning major motion picture released in 2005. Brokeback Mountain received massive critical acclaim and went on to be nominated for a leading eight Academy Awards, winning three of them. (However, the movie did not win Best Picture, a situation with which Proulx made public her disappointment.) She won the PEN/Faulkner Award for Fiction for her first novel, Postcards. She has written most of her stories and books simply as Annie Proulx, but has also used the names E. Annie Proulx and E.A. Proulx.
Genre: Contemporary Fiction 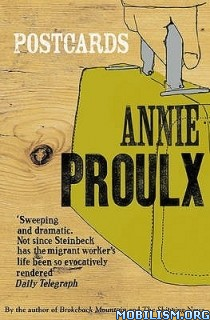 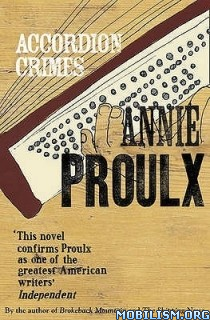 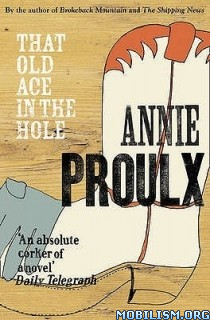 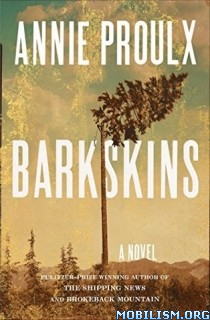 Postcards:
On a Vermont hillside in 1944, Loyal Blood buries his dead girlfriend under the rocks of a stone wall. For the next forty years, Loyal is on the run from this terrible crime, leaving him forever incapable of touching another woman and sending him aimlessly across the American West. Denied love and unable to settle, Loyal lives a hundred different lives: mining gold, growing beans, hunting fossils, trapping, prospecting for uranium and ranching. The only contact with his past is through a series of postcards with no return address. With no chance of two-way communication, Loyal is unaware that in his absence disaster has befallen his family, and their deep-rooted connection with the land he loves has been devastatingly severed.

Accordion Times:
The third novel from the Pulitzer Prize-winning author of ‘The Shipping News’, ‘Accordion Crimes’ spans generations, continents and a century and confirms the hallucinatory power of Proulx’s writing. ‘Accordion Crimes’ is a masterpiece of story-telling that spans a century and a continent. It opens in 1890 in Sicily, when an accordion-maker and his son, carrying little more than his finest button accordion, begin their voyage to the teeming, violent port of New Orleans. Within a year, the accordion-maker is murdered by an anti-Italian lynch mob, but his instrument carries the novel into another community of immigrants: German-Americans founding a new town in South Dakota. Moving from South Dakota to Texas, from Montana to Maine, the nine instantly compelling and intricately connected sections of the novel illuminate the lives of the founders of a nation, descendants of Mexicans, Poles, Germans, Irish, Scots and Franco-Canadians. Through the music of the accordion they express their fantasies, sorrows and exuberance.

That Old Ace in the Hole:
From Pulitzer Prize and National Book Award winner Annie Proulx comes "That Old Ace in the Hole, " an exhilarating story brimming with language, history, landscape, music, and love.Bob Dollar is a young man from Denver trying to make good in a bad world. Out of college and aimless, Dollar takes a job with Global Pork Rind, scouting out big spreads of land that can be converted to hog farms. Soon he’s holed up in a two-bit Texas town called Woolybucket, where he settles into LaVon Fronk’s old bunkhouse for fifty dollars a month, helps out at Cy Frease’s Old Dog Cafe, and learns the hard way how vigorously the old Texas ranch owners will hold on to their land, even when their children want no part of it.

Barkskins
In the late seventeenth century two penniless young Frenchmen, René Sel and Charles Duquet, arrive in New France. Bound to a feudal lord, a “seigneur,” for three years in exchange for land, they become wood-cutters—barkskins. René suffers extraordinary hardship, oppressed by the forest he is charged with clearing. He is forced to marry a Mi’kmaw woman and their descendants live trapped between two inimical cultures. But Duquet, crafty and ruthless, runs away from the seigneur, becomes a fur trader, then sets up a timber business. Proulx tells the stories of the descendants of Sel and Duquet over three hundred years—their travels across North America, to Europe, China, and New Zealand, under stunningly brutal conditions—the revenge of rivals, accidents, pestilence, Indian attacks, and cultural annihilation. Over and over again, they seize what they can of a presumed infinite resource, leaving the modern-day characters face to face with possible ecological collapse.

Proulx’s inimitable genius is her creation of characters who are so vivid—in their greed, lust, vengefulness, or their simple compassion and hope—that we follow them with fierce attention. Annie Proulx is one of the most formidable and compelling American writers, and Barkskins is her greatest novel, a magnificent marriage of history and imagination.