3 Books by Charlotte MacLeod
Requirements: .ePUB Reader | 4.7Mb | Version: Retail
Overview: Charlotte MacLeod (1922-2005) was an internationally bestselling author of cozy mysteries. Born in Canada, she moved to Boston as a child, and lived in New England most of her life. After graduating from college, she made a career in advertising, writing copy for the Stop & Shop Supermarket Company before moving on to Boston firm N. H. Miller & Co., where she rose to the rank of vice president. In her spare time, MacLeod wrote short stories, and in 1964 published her first novel, a children’s book called Mystery of the White Knight.
Genre: Young Adult 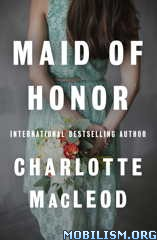 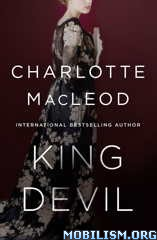 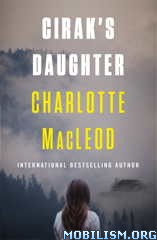 Maid of Honor
A young woman must escape family conflict—and find her own identity—in order to track down a thief in this novel by an acclaimed mystery writer.
Persis Green’s existence has been overshadowed by the looming prospect of her older sister’s wedding. Her family was once normal—boring, but normal. Then the engagement was announced and all hell broke loose. Now, Persis’s father acts like a zombie at dinner parties, her mother goes from zero to shrieking in seconds, and her sister is utterly self-absorbed.
When Persis wins a statewide piano competition and a scholarship to a prestigious music conservatory, her big news is pushed aside. In addition to the general chaos of the impending nuptials, one of her sister’s wedding gifts, a wildly expensive piece of jewelry, has disappeared.
Feeling like the only sane member of the family, Persis commits her cool head to solving the mystery. But there are other surprises she’ll discover in the course of her investigation in this absorbing tale by the author of the popular Sarah Kelling and Max Bittersohn series.

King Devil
Upon graduating from an academy for respectable young ladies, Lavinia Tabard heads to the New England countryside and her rich cousin Zilpha’s summer cottage with the low expectations of a charity case. Lavinia intends to endure Zilpha’s saccharine sweetness and her “companion” Tetsy’s bullying ways only until she can plan an escape that doesn’t involve marriage.
A welcome distraction comes when, as she works on a grave rubbing at the local cemetery, Lavinia notices something strange about the dates on the stone. Her questions lead to the doorsteps of several interesting neighbors, including a self-made young architect with a temper as fiery as his red hair. Hayward Clinton and his partner have an office on Zilpha’s property, an awkward situation that won’t change until the mysterious disappearance of the business’s original owner is solved. It’s a case too curious for Lavinia to resist—but someone will stop at nothing to ensure that she does.
King Devil is an entertaining tale of suspense from the acclaimed author of the Peter Shandy Mysteries, as well as the Boston-set Sarah Kelling and Max Bittersohn series.

Cirak’s Daughter
A young woman investigates the death of her wealthy, estranged father in a small Rhode Island town in this novel by the author of the Peter Shandy Mysteries.
Murder can happen anywhere, even in sleepy Meldrum, Rhode Island. And while the town’s old-money families may prefer to sweep such unseemliness under their Oriental rugs, its newest resident can think of nothing else. Nineteen-year-old Jenny Cirak has moved into the house her father, a once-famous movie producer, willed to her. She’s also using an assumed name, just like he did when he lived—and died—in Meldrum. But why did he leave a fortune to the child he abandoned . . . and what really killed him?
Hoping to make sense of the father she never knew, Jenny must get to know his neighbors and expose their secrets and feuds. Somewhere among this cast of characters, which includes a retired corporate accountant from Baltimore who shows up on her doorstep with a clue, is a person who knows the truth—and will do anything to keep Cirak’s daughter from uncovering it.
From the acclaimed author of the Sarah Kelling and Max Bittersohn series and other popular mysteries, this is a twisting tale of small-town secrets and suspense.