1915 Diary of S. An-sky: A Russian Jewish Writer at the Eastern Front by S. A. An-sky
Requirements: .ePUB reader, 1 MB
Overview: S. An-sky was by the time of the First World War a well-known writer, a longtime revolutionary, and an ethnographer who pioneered the collection of Jewish folklore in Russia’s Pale of Settlement. In 1915, An-sky took on the assignment of providing aid and relief to Jewish civilians trapped under Russian military occupation in Galicia. As he made his way through the shtetls there, close to the Austrian frontlines, he kept a diary of his encounters and impressions, written in Russian. His diary entries present a detailed reflection of his daily experiences. He describes conversations with wounded soldiers in hospitals, fellow Russian and Jewish aid workers, Russian military and civilian authorities, and Jewish civilians in Galicia and parts of the Pale. Although most of his diaries were lost, two fragments survived and are preserved in the Russian State Archive of Literature and Art. Translated and annotated here by Polly Zavadivker, these fragments convey An-sky’s vivid firsthand descriptions of civilian and military life in wartime. He recorded the brutality and violence against the civilian population, the complexities of interethnic relations, the practices and limitations of philanthropy and medical care, Russification policies, and antisemitism. In the late 1910s, An-sky used his diaries as raw material for a lengthy memoir in Yiddish published under the title The Destruction of Galicia.
Genre: Non-Fiction > Biographies & Memoirs 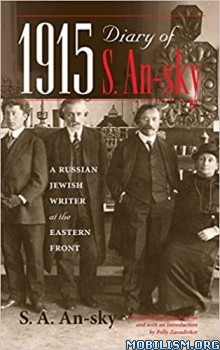