Gardening with Biochar: Supercharge Your Soil with Bioactivated Charcoal: Grow Healthier Plants, Create Nutrient-Rich Soil, and Increase Your Harvest by Jeff Cox
Requirements: .PDF reader, 17,8 MB
Overview: Bio-activated charcoal — called biochar — is the new darling of organic gardeners, embraced for its outstanding abilities to enrich the soil and improve plant growth. Gardening with Biochar is the first comprehensive guide to understanding, making, and using it effectively in the home garden.
Genre: Non-Fiction > General 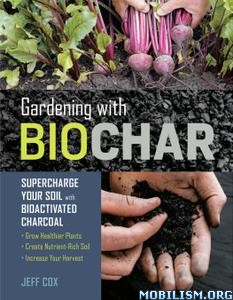 The Edgemaster’s Handbook: A Comprehensive Guide to Choosing, Using, and Maintaining Fixed-Blade and Folding Knives by Len McDougall
Requirements: .ePUB reader, 202,2 MB
Overview: Do you feel a soul-deep connection with knives and tools that are engineered to cut through other materials? Does having a sturdy knife on your person imbue you with a profound, but somehow unidentifiable, sense of security? The Edgemaster’s Handbook is just that: a book completely dedicated to the care and usage of knives. Whether handling a dagger, stiletto, or bolo, you’ll learn the knife’s purpose and how to use is properly while keeping the blade clean and yourself safe. Len McDougall has spent his entire life—almost sixty years—learning the nuts and bolts of staying alive under adverse conditions and the mastery of weapons. And now more than ever we will need to take his lessons seriously, as understanding what to expect and how to adapt will increase the odds for survival.Featuring methods that have been personally tested through hard, field-proven experiences, you will learn everything needed to use knives for both outdoor living and protection.
Genre: Non-Fiction > General 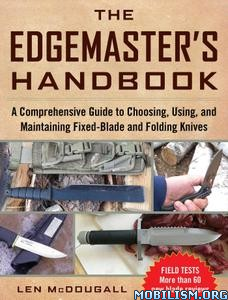 Hear Me Roar by Rhonda Parrish (Editor)
Requirements: .ePUB reader, 2.1MB | Retail
Overview: There are no damsels in distress here!

A city guard in a world where sunlight is the greatest currency must choose between what’s done and what’s right when she meets a woman from the other side of the wall who’s caring for a strange brood. A teen girl is inducted into a secret society that slays mythological creatures. A woman and her daughter compete in a race where dragons pull chariots. A very special librarian guards a very special hoard. 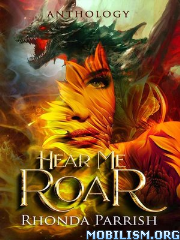 Family Tradition: Three Generations of Hank Williams by Susan Masino
Requirements: .ePUB reader, 1.34mb
Overview: Covering three generations of Hank Williams, Family Tradition is both unique and vast in scope. Beginning in the present day with Hank III – who gave the author unprecedented access – and time-traveling across the years, this examines just what kind of rebel mojo inspired this crazed family of country music, from Hank Sr. – often regarded as one of the most influential of American musicians – to Hank Jr., to this year’s model, Hank III, who has somehow found a way to reconcile his legacy’s deep-rooted twang and high-lonesome sound with particularly searing strains of punk and heavy metal, launching an all-out war with traditional Nashville in the process.
Genre: Non-Fiction > Biographies & Memoirs 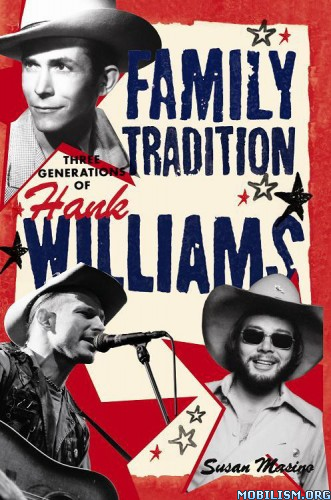 The Witch’s Diary by Rebecca Brae
Requirements: .ePUB reader, 5.4MB | Retail
Overview: The higher you fly, the farther you fall. And I’d be surprised if the grubs in the Ascariim deep mine didn’t hear my splat.

Hester Wishbone has it made. A recent graduate of Grimoire College, she has a great job as a village hag and is eagerly awaiting the arrival of her familiar. She is also well on the way to earning her Adept Witch designation.

But her perfect life starts to unravel. After an unfortunate incident involving a flammable prosthetic nose, Hester loses her job. Her assigned familiar turns out to be a cockroach. And her magick seems to be well and truly gone.

With time running out on her Adept qualification period, Hester embarks on an epic job search. Her quest takes her to sticky gingerbread houses, dank bogs, and even the dreaded Outerplane (which is a Level 7 Magick Null Zone). Through it all, Hester must figure out what kind of witch she is, if she has no magick.
Genre: Fiction > Sci-fi/Fantasy 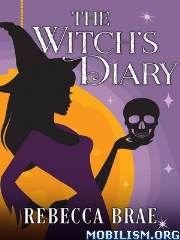 You Are All I Need is a collection of touching stories selected by Ravinder Singh to bring to the readers the myriad facets of love. This book will make you laugh, cry, think and feel, all at the same time. It is an eclectic collection of love stories that will warm the cockles of your heart.
Genre: Fiction > Romance 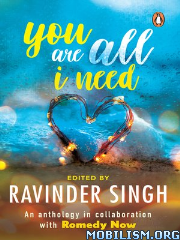 1. A Brief Reunion by Dayal Punjabi
2. Love in Dhavali by Sucharita Date
3. The Doors of the Closet Are Now Open by Sai Nithin
4. A Cocoon of Love by Ruby Gupta
5. The Matchmaker by Anuj Dutt
6. Destiny Swipes Right by Rachita Ramya
7. Love Transcends Generations by Rupali Tiwari
8. Fast Train to Love by Pooja Dubey
9. The Genesis of Luck by Ruby Gupta
10. Untold Affection by Aarthika Mathialagan
11. I’m No Good Human by Mohammad Afroz
12. Pure Love by Praneetha Gutta
13. Beyond Right and Wrong by Supreet Kaur
14. Once Upon a Love . . . by Suranya Sengupta
15. Yesterday Once More by Sarbani Ray
16. Platform 9 . . . and 3/4? by Sashwati Ghosh
17. Flare by Mariam Rashid
18. I Got You by Krusha Sahjwani Malkani
19. The Other Side of the Road by Hamsini R.
20. Something in the Rain by Kaustubhi Singh
21. A Tender Ray of Love by Nandita Warrier
22. Our Story by Garima Bohra
23. My Superhero Girlfriend by Writuraj Ghosh
24. Arjun by Maria K. Jimmy
25. Love in the Times of Marriage by Aparajita Shishoo

Next Stop Love by Rachel Stockbridge (Next Stop Love #1)
Requirements: .ePUB reader, 1.1MB | Retail
Overview: Beatrice Bauer is struggling to keep up with the demands of family, friends, college life, and a part-time job. She doesn’t have room to breathe, much less question whether the track she’s on is worth the effort. But it’s fine. She’s fine. She can breathe after college.

Julian Moon is doing his best to get back on his feet and reconnect with his dream of being an illustrator. The problem is he can’t seem to shake the habit of making all the worst decisions. The most recent of which is his return to New York, where all his problems started in the first place.

When a shared commute dumps Julian and Beatrice in each other’s lives, they start wondering if there isn’t more to life than a desperate scramble to stay afloat. If maybe a coincidental commute acquaintance couldn’t become something more.
Genre: Fiction > Romance 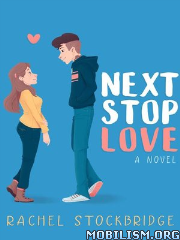 Paradise Key Resort holds the best and the worst of Sofía Vargas’s adolescent memories of love and heartbreak. Now, she hopes to wipe the slate clean and boost her career from resort manager to owner by winning a quirky town contest. But when an old flame throws his hat into the ring, Sofía realizes that protecting her heart will be the biggest challenge.

Nathan Patrick Hamilton III has played the part of the good son all his life with one exception—indulging in a secret on again-off again relationship with Sofia in high school and college, knowing that family duty would eventually tear them apart.

Years later, Nathan feels like he finally has a chance to win back the girl of his dreams and right the way he wronged her. But Sofía doesn’t trust or forgive easily and it’s going to take more than kooky town hall meetings, an emergency trip back to Key West, stolen kisses and a re-creation of their first date, for him to even be in the running. Is the ultimate prize the resort or winning back Sofía’s heart?
Genre: Fiction > Romance 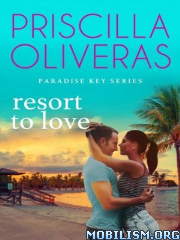 The Silver Curlew by Eleanor Farjeon
Requirements: .ePUB, .PDF, .MOBI/.AZW reader, 1.10mb
Overview: The Silver Curlew is one of Eleanor Farjeon’s finest works, an intriguing re-telling of the classic story Rumpelstiltskin. Mother Codling lives with her children in a small, Norfolk windmill. One day, the Codlngs receive a surprise visit from the king of Norwich, who insists that eighteen-year-old Doll Codling must spin a certain amount of flax for him, or he will cut off her head.
Doll, terrified of dying, makes a deal with a spindle-imp, in order to save herself and her family. The only clincher is, that he returns to the castle when Doll’s daughter is born and insists that he take the newborn child as payment for his work.
Doll, and her younger sister Poll, try desperately to keep the baby…
Genre: Fiction > Children/Young Adult 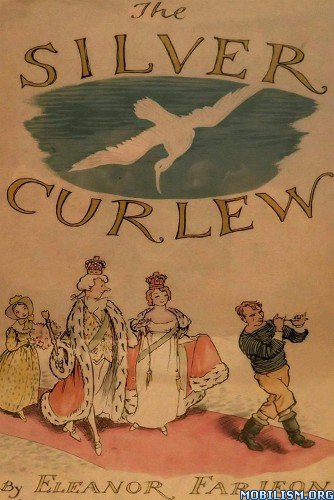 The Milk Wagon by Michael Hewes
Requirements: .ePUB reader, 3.0MB | Retail
Overview: The Milk Wagon is a coming-of-age thriller about friendship, redemption, and how the ties made during high school can last a lifetime.

Matt Frazier, Jason "Hop" Hopkins, and Mark Ragone have been close friends since elementary school. On the first day of their junior year of high school, a new kid named Nate Mayes arrives, and with him, a secret.

Nate appears to be polished, flush with cash, and a potential lady-killer. However, they soon discover that something terrible is going on at home with Nate’s father, Dr. Ford Mayes.

FBI Special Agent Kathryn Cooper believes Dr. Mayes has personally had a hand in several deaths relating to a money-laundering scandal involving compounding pharmacies, dirty physicians, and the United States Government. Her attempts to arrest him, however, are foiled by an insider working both sides. With her career-and social life-in jeopardy, Agent Cooper turns to her new chief-of-police boyfriend for help, but is he truly the cure-all she needs?

When Nate stumbles upon a piece of evidence that ties his father not only to the money-laundering investigation but also to the death of his mother some fourteen years prior, he is devastated and filled with revenge. Enlisting Matt and his friends to help, Nate concocts a plan that will force them all to make unexpected and life-altering decisions. In the end, they will discover the shocking truth and finally understand the loyal bonds of family and friendship.

The trusty Milk Wagon was there through it all.
Genre: Fiction > Mystery/Thriller 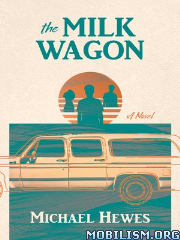