Conscience and the Common Good by Robert K. Vischer
Requirements: ePUB or AZW3 Reader, 2.3MB
Overview: Our society’s longstanding commitment to the liberty of conscience has become strained by our increasingly muddled understanding of what conscience is and why we value it. Too often we equate conscience with individual autonomy, and so we reflexively favor the individual in any contest against group authority, losing sight of the fact that a vibrant liberty of conscience requires a vibrant marketplace of morally distinct groups. Defending individual autonomy is not the same as defending the liberty of conscience because, although conscience is inescapably personal, it is also inescapably relational. Conscience is formed, articulated, and lived out through relationships, and its viability depends on the law’s willingness to protect the associations and venues through which individual consciences can flourish: these are the myriad institutions that make up the space between the person and the state. Conscience and the Common Good reframes the debate about conscience by bringing its relational dimension into focus.
Genre: Non-Fiction, Philosophy

Encounters with Power: Adventures and Misadventures on the Shamanic Path of Healing by José Luis Stevens
Requirements: ePUB Reader, 1.1MB | Retail
Overview: Settle in by the fire and get ready for some hair-raising tales of mystery and self-discovery. José Stevens offers a series of personal stories from his time with indigenous shamans around the world, sharing powerful lessons to benefit modern shamanic practitioners. Here he offers riveting accounts of encounters with all manner of teaching spirits—including wise and foolish humans, medicine plants such as ayahuasca, "dark" shamans, sacred sites, and mischievous dolphins.
Genre: Non-fiction | Faith, Beliefs & Philosophy 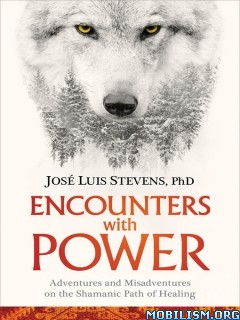 Teachings of the Peyote Shamans: The Five Points of Attention by James Endredy
Requirements: ePUB Reader, 599KB | Retail
Overview: Taking place in the heart of the Huichol homeland in western Mexico, this book offers a rare in-depth look at the inner workings of Huichol shamanism, which is permeated with the use of the sacred peyote cactus. Outsiders are almost never allowed access to Huichol sacred sites and ceremonies; however, James Endredy, after years of friendship with Huichol families, earned the privilege nearly by accident. Swayed by persistent pleading, he agreed to take another gringo into the mountains to one of the Huichols’ ceremonial centers, and they were both caught. After trial and punishment, Endredy was invited to stay within the sacred lands for the festivities he had illegally intruded upon and found his initiation into the Huichol shamanic tradition had begun.

Endredy undergoes dozens of spiritual journeys with peyote as he makes the pilgrimages to the five sacred Huichol sites with Peyote Jesus. He is shocked by his vision of the Virgin Mary while under peyote’s guidance and learns of the deep relationship—strictly on Huichol terms—between their cosmology, Gnosticism, and Christianity, especially Jesus Christ. Providing an inside look at the major ceremonies and peyote rituals of the Huichol, this unexpectedly powerful book reveals the key tenants of the Huichol worldview, their beliefs in the afterlife, and their spiritual work on behalf of all of humanity.
Genre: Non-fiction | Faith, Beliefs & Philosophy 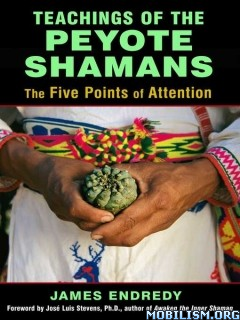 • Describes the five sacred sites of the Huichol and their peyote ceremonies
• Explains how the Huichol teachings of awareness, centered on the five points of attention, connect you to your true essence
• Reveals the deep relationship between Huichol cosmology, Gnosticism, and Christianity, especially Jesus Christ and the Virgin Mary

Awaken the Inner Shaman: A Guide to the Power Path of the Heart by José Luis Stevens
Requirements: ePUB Reader, 278KB | Retail
Overview: Within you is a greater, wiser self that is not bound by your fears, worries, or perceived limitations. Dr. José Luis Stevens calls this the Inner Shaman—the part of you that connects directly to the true source of the universe. "The shamans of every tradition know that the physical world we can see and touch is a mere shadow of the true spirit world," writes Dr. Stevens. With Awaken the Inner Shaman, he presents a direct and practical guide for opening our eyes to the greater wisdom and knowing within—and stepping into the power and responsibility we possess to shape and serve our world.

Humanity has become enthralled by the Siren’s song of technological progress, which has lured us away from the spiritual source that truly sustains us. In Awaken the Inner Shaman, Dr. José Stevens challenges us to reclaim our lost power to heal, see truly, and fulfill our purpose in life. As Dr. Stevens writes: "The Inner Shaman, suppressed and ignored for centuries, can be discovered in the most obvious place possible—within your own heart."
Genre: Non-fiction | Faith, Beliefs & Philosophy 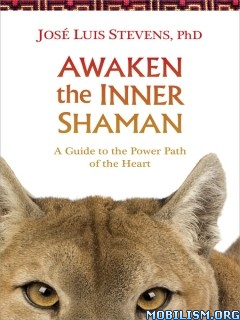 In this rousing and provocative book, he invites readers to discover:

• What is the Inner Shaman? How an understanding of our deeper spiritual potential shows up in every mystical and scientific tradition.
• Seeing through the heart—why the heart offers us the most immediate path for accessing the Inner Shaman
• Illuminating the Inner Shaman through spirituality, quantum physics, medical science, and experiential knowing
• The Inner Shaman in action—how to stop living from the egoic mind and put your true essence in charge
• Eight tools to strengthen your connection to the Inner Shaman, and much more

Becoming Nature: Learning the Language of Wild Animals and Plants by Tamarack Song
Requirements: ePUB Reader, 6.4MB | Retail
Overview: A step-by-step guide to animal communication, connecting with your primal mind, and immersing yourself in Nature

Animals and plants are in constant communication with the world around them. To join the conversation, we need only to connect with our primal mind and recognize that we, too, are Nature. Once in this state, we can communicate with animals as effortlessly as talking with friends. The songs of birds and the calls of animals start to make sense. We begin to see the reasons for their actions and discover that we can feel what they feel. We can sense the hidden animals around us, then get close enough to look into their eyes and touch them. Immersed in Nature, we are no longer intruders, but fellow beings moving in symphony with the Dance of Life.

In this guide to becoming one with Nature, Tamarack Song provides step-by-step instructions for reawakening the innate sensory and intuitive abilities that our hunter-gatherer ancestors relied upon­—abilities imprinted in our DNA yet long forgotten. Through exercises and experiential stories, the author guides us to immerse ourselves in Nature at the deepest levels of perception, which allows us to sense the surrounding world and the living beings in it as extensions of our own awareness. He details how to open our minds and hearts to listen and communicate in the wordless language of wild animals and plants. He explains how to hone our imagining skill so we can transform into the animal we are seeking, along with becoming invisible by entering the silence of Nature. He shows how to approach a wild animal on her own terms, which erases her fear and shyness.

Allowing us to feel the blind yearning of a vixen Fox in heat and the terror of a Squirrel fleeing a Pine Marten, the practices in this book strip away everything that separates us from the animals. They enable us to restore our kinship with the natural world, strengthen our spiritual relationships with the animals who share our planet, and discover the true essence of the wild within us.
Genre: Non-fiction | Faith, Beliefs & Philosophy 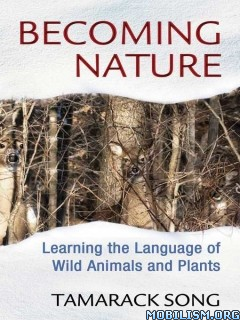 • Includes exercises for learning how to become invisible within Nature, sense hidden animals, and communicate with wild animals and birds
• Explains how to approach wild animals and form friendships with them
• Details the intuitive awareness of our hunter-gatherer ancestors and their innate oneness with Nature

Future is Yours: True Stories about Dowsing, Spontaneous Healing, Ghost Busting, and the Incredible Power of the Mind by Raymon Grace
Requirements: ePUB Reader, 810KB | Retail
Overview: Find and use your inner power

If you keep on doing what you’re doing, you’re likely to keep on getting what you’re getting. If you do nothing, nothing will happen. If you do something, something may happen. Here’s how to do "something" so you won’t keep on getting what you’re getting! Raymon Grace, mountain man, dowser, healer, and font of folk wisdom, has written a book filled with down-home stories of what happens when real people use their personal power to heal themselves and take charge of their lives. Included here are stories of spontaneous healings, space clearing, the amazing powers of the pendulum, dowsing, energy raising, exorcism, and tapping into the power of spirit guides. Grace inspires readers to imagine the seemingly impossible, to harness the power of the mind, and to open themselves to a world of endless possibilities. You don’t need academic degrees, expensive equipment, or spiritual credentials. All you need is a willingness to learn the simple principles and put the techniques to use. This book shows you how to change your life.
Genre: Non-fiction | Faith, Beliefs & Philosophy 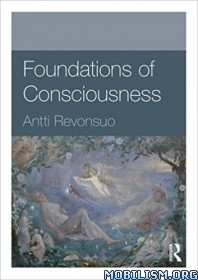 Why is There Something Rather Than Nothing?: Questions from Great Philosophers by Leszek Kolakowski
Requirements: ePUB Reader, 450KB | Retail
Overview: Can nature make us happy? How can we know anything? What is justice? Why is there evil in the world? What is the source of truth? Is it possible for God not to exist? Can we really believe what we see?

There are questions that have intrigued the world’s great thinkers over the ages, which still touch a cord in all of us today. They are questions that can teach us about the way we live, work, relate to each other and see the world. Here, one of the world’s greatest living philosophers, Leszek Kolakowski, explores the essence of these ideas, introducing figures from Socrates to Thomas Aquinas, Descartes to Nietzsche and concentrating on one single important philosophical question from each of them.

Whether reflecting on good and evil, truth and beauty, faith and the soul, or free will and consciousness, Kolakowski shows that these timeless ideas remain at the very core of our existence.
Genre: Non-fiction | Faith, Beliefs & Philosophy 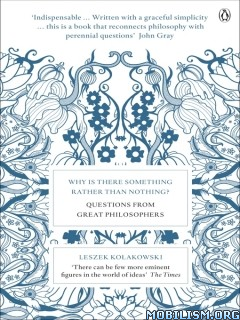 Science and Religion: A New Introduction, 2nd Edition by Alister E. McGrath
Requirements: PDF Reader, 2.2 Mb
Overview: Now thoroughly updated to reflect the latest debates, this popular textbook introduces readers to the central questions in the field of science and religion. Ideally suited to those who have little or no prior knowledge in either area, it incorporates numerous student-friendly features, including maps, summaries, and historical references, resulting in the most up-to-date introduction to the study of religion and the natural sciences available.
Genre: Non-Fiction, Humanities

The Dead Roam the Earth: True Stories of the Paranormal from Around the World by Alasdair Wickham
Requirements: ePUB Reader, 1.2MB | Retail
Overview: Captivating true accounts of the paranormal from all over the world

Do you believe in ghosts? From incubi in Sumatra to exorcism in Sudan to spirits in our own backyard, The Dead Roam the Earth explores the fascinating variety—and uncanny similarity—of supernatural encounters in every corner of the planet, providing chilling accounts of real-life ghost sightings, haunted places, poltergeists, possessions, Mothmen, demons, witchcraft, ritualistic killings, and much more.

Could so many people in so many places just be imagining things? In addition to its wealth of testimonials from ordinary people witnessing extraordinary things, this engrossing book presents the latest scientific attempts to make sense of the supernatural—including how electronic equipment has revolutionized spiritual communication—and finds the devil in the details.
Genre: Non-fiction | Faith, Beliefs & Philosophy 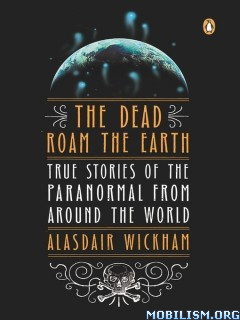