Dangerous by Jessie Keane
Requirements: M4B Player, 347Mb, 12 hrs and 36 mins, 64Kbits
Overview: Dangerous by Jessie Keane is a deadly story of London’s criminal underworld from the best-selling author of Nameless. Fifteen-year-old Clara Dolan’s world is blown apart following the death of her mother. Battling to keep what remains of her family together, Clara vows to protect her younger siblings, Bernadette and Henry, from danger, whatever the cost.
Genre: Audio Book, Mystery, Thriller 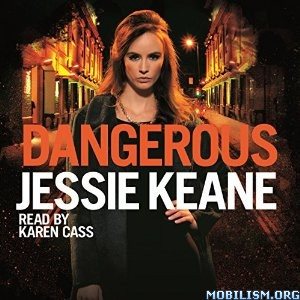 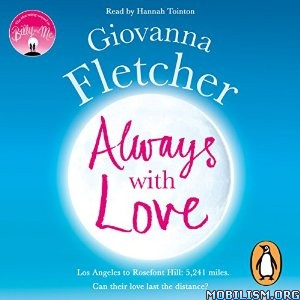 They Are Trying To Break Your Heart by David Savill
Requirements: M4B Player, 257Mb, 9 hrs and 15 mins, 64Kbits
Overview: In 1994 Marko Novak’s world is torn apart by the death of his best friend – Kemal Lekic, a soldier in the Bosnian war. After the funeral Marko flees to England, hoping to put his broken homeland behind him. In 2004 human rights researcher Anya Teal is following a tenuous lead in the hunt for a Bosnian man with blood on his hands. What no one can know is that a disaster as destructive as war is approaching…a disaster that will connect the fates of Marko and Anya across the years and continents.
Genre: Audio Book, Fiction, Contemporary 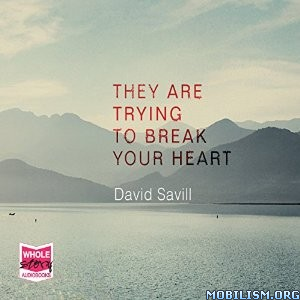 A Price To Pay by Chris Simms
Requirements: M4B Player, 207Mb, 7 hrs and 28 mins, 64Kbits
Overview: It starts with the death of a teenage runaway, killed when she leaps from a motorway bridge into the speeding traffic below. The girl’s identity remains a mystery – until the discovery of the dead girl’s details matches the profiles of three other girls; all recently have been reported missing. A further shocking discovery causes the whole file to be handed over to Greater Manchester Police’s Counter Terrorism Unit, with leading detective constable Iona Khan in charge.
Genre: Audio Book, Mystery, Thriller 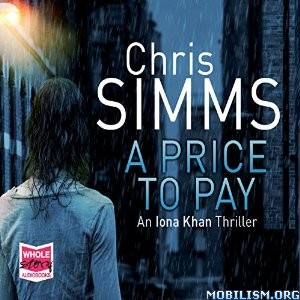 Six Machine: I Don’t Like Cricket…. I Love It by Chris Gayle
Requirements: .M4B Player, 241Mb, 8 hrs and 41 mins, 64Kbits
Overview: Penguin presents the unabridged, downloadable, audiobook edition of Six Machine by Chris Gayle, read by Leroy Osei-Bonsu. ‘If the ball’s there, hit it. Don’t worry about what might happen. Play for the glory. Play for the six.’ Chris Gayle is the only man to have ever hit a six off the first ball of a test match.
Genre: Audio Book, Sports, Memoir 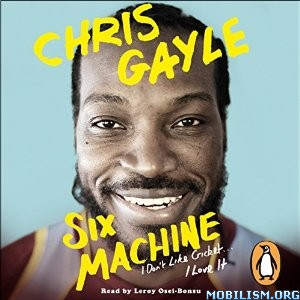 Our Dumb World: The Onion’s Atlas of the Planet Earth, 73rd Edition by The Onion
Requirements: MP3 Player, Bitrate: 320 kbps, Duration: 3 hrs 38 mins, 375 MB
Overview: To understand the news, the context of world geography and history is essential. That is why The Onion is publishing an audio world atlas: to help us. News that now makes no sense will now make sense; thus a new age of enlightenment. Our Dumb World contains news and historic facts from other nations, historic timelines for countries, and the earth broken down and described (from its molten core to the outermost sphere and the location of heaven), as well as demographic, economic, and other data about each country’s people, industries, and habits.

Every country is categorized in a number of ways, including ethnic cleanliness, level of Bono activity, prop comedians per 1,000 live birds, yearly income in wide-screen televisions, the monkeys they got, where it sees itself in five years, average skin color, benefits of invading said country, and most annoying handicrafts. Framed with informative essays and written by the full Onion staff, Our Dumb World is the first original Onion audiobook in eight years: a gut-busting send-up in which no nation escapes unscathed.
Genre: Audiobooks, Non-Fiction, Comedy, Satire 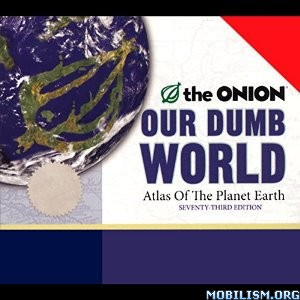 On The Bone by Barbara Nadel (Inspector Ikmen Mystery, #18)
Requirements: M4B Player, 293Mb, 10 hrs and 33 mins, 64Kbits
Overview: In Istanbul – the golden city on the Bosphorus – ancient myths and modern evils are at work…. On a buzzing street in the fashionable district of Beyoglu, a young man drops dead. Ümit Kavas’ death was natural, but the autopsy betrays a shocking truth: his last meal was human flesh. Under desperate pressure from their superiors, Inspector Cetin Ikmen and his colleague, Mehmet Süleyman, begin their most obscure investigation yet.
Genre: Audio Book, Contemporary 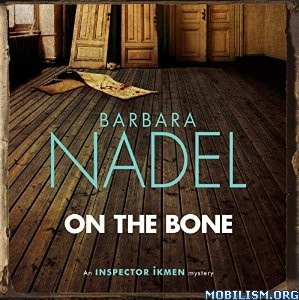 The Plum Tree by Ellen Marie Wiseman
Requirements: MP3 Player, Bitrate: 64 kbps, Duration: 12 hrs 14 mins, 327 MB
Overview: “Bloom where you’re planted,” is the advice Christine Bolz receives from her beloved Oma. But 17-year-old domestic Christine knows there is a whole world waiting beyond her small German village. It’s a world she’s begun to glimpse through music, books – and through Isaac Bauerman, the cultured son of the wealthy Jewish family she works for.

Yet the future she and Isaac dream of sharing faces greater challenges than their difference in stations. In the fall of 1938, Germany is changing rapidly under Hitler’s regime. Anti-Jewish posters are everywhere, dissenting talk is silenced, and a new law forbids Christine from returning to her job – and from having any relationship with Isaac. In the months and years that follow, Christine will confront the Gestapo’s wrath and the horrors of Dachau, desperate to be with the man she loves, to survive – and finally, to speak out.

Set against the backdrop of the German homefront, this is an unforgettable novel of courage and resolve, of the inhumanity of war, and the heartbreak and hope left in its wake.
Genre: Audiobooks, Historical Fiction 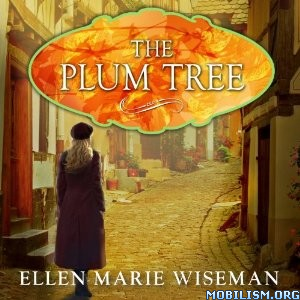 Wildalone by Krassi Zourkova
Requirements: M4B Player, Bitrate: 64 kbps, Duration: 14 hrs 12 mins, 445 MB
Overview: In this darkly imaginative debut novel full of myth, magic, romance, and mystery, a Princeton freshman is drawn into a love triangle with two enigmatic brothers and discovers terrifying secrets about her family and herself – a bewitching blend of Twilight, The Secret History, Jane Eyre, and A Discovery of Witches.
For every world, there is an underworld.
Arriving at Princeton for her freshman year, Thea Slavin finds herself alone, a stranger in a strange land. Away from her family and her Eastern European homeland for the first time, she struggles to adapt to unfamiliar American ways and the challenges of college life – including a young man whose brooding good looks and murky past intrigue her. Drawn to the elusive Rhys and his equally handsome and mysterious brother Jake, she ventures into a sensual mythic underworld as irresistible as it is dangerous.
In this shadow world that seems to evoke Greek mythology and the Bulgarian legends of the samodivi, or "wildalones" – forest witches who beguile and entrap men – Thea will discover a family secret bound to transform her forever… if she can accept that dead doesn’t always mean gone, and love doesn’t always distinguish between the two.
Mesmerizing and addictive, Wildalone is a thrilling blend of the modern and the fantastical. Krassi Zourkova creates an atmospheric world filled with rich characters as compelling as those of Diana Gabaldon, Deborah Harkness, and Stephenie Meyer.
Genre: Audiobooks, Fantasy, Romance 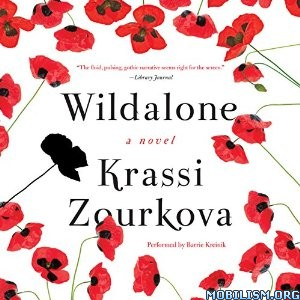 Writing Great Fiction: Storytelling Tips and Techniques by James Hynes
Requirements: MP3 Player, Bitrate: 64 kbps, Duration: 12 hrs 15 mins, 312 MB
Overview: Whether you’re huddled around the campfire, composing an email to a friend, or sitting down to write a novel, storytelling is fundamental to human nature. But as any writer can tell you, the blank page can be daunting. It’s tough to know where to get started, what details to include in each scene, and how to move from the kernel of an idea to a completed manuscript.
Writing great fiction isn’t a gift reserved for the talented few. There is a craft to storytelling that can be learned, and studying writing techniques can be incredibly rewarding – both personally and professionally. Even if you don’t have ambitions of penning the next Moby-Dick, you’ll find value in exploring all the elements of fiction.
From evoking a scene to charting a plot to revising your drafts, Writing Great Fiction: Storytelling Tips and Techniques offers a master class in storytelling. Taught by award-winning novelist James Hynes, a former visiting professor at the famed Iowa Writers’ Workshop, these 24 insightful lectures show you the ins and outs of the fiction writer’s craft. Get tips for developing believable and memorable characters, explore how to craft plausible dialogue that serves the purposes of your narrative, compare the advantages of different points of view, and more. A wealth of exercises will inspire you to practice the many techniques you learn. Professor Hynes is an able guide, showing you what has worked for him and other novelists, and pointing out pitfalls to avoid. Writing Great Fiction is truly an exceptional course for anyone interested in storytelling.
Genre: Audiobooks, Non-Fiction, Writing, Self Improvement 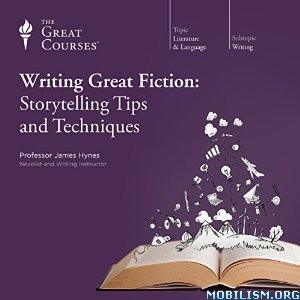