What if Alexander the Great Had Lived? An Alternative History of the Macedonian King and His Empire (Charles River Editors’ Alternative History Series) by Charles River Editors
Requirements: .ePUB reader, 1.8 MB
Overview: In the 19th century, the Scottish writer Thomas Carlyle famously wrote that history is “the biography of great men,” popularizing the “Great Man” theory that the course of history is shaped by a select few heroic individuals. While historians and others continue to debate the accuracy of the Great Man theory of history, there is no question that the course of history is permanently altered by decisive moments in time, where a different result would have produced drastically different outcomes. As a result, while some of history’s most famous people and events have been permanently etched into the world’s collective imagination, there is a flip side to that coin: just how differently would history have turned out if certain events never took place? Charles River Editors’ “What If” alternative history series examines some of these people and events, profiling what happened in reality and how things might have been drastically different otherwise.

Over the last 2,000 years, ambitious men have dreamed of forging vast empires and attaining eternal glory in battle, but of all the conquerors who took steps toward such dreams, none were ever as successful as antiquity’s first great conqueror. Leaders of the 20th century hoped to rival Napoleon’s accomplishments, while Napoleon aimed to emulate the accomplishments of Julius Caesar. But Caesar himself found inspiration in Alexander the Great (356-323 BCE), the Macedonian king who managed to stretch an empire from Greece to the Himalayas in Asia by the age of 30. It took less than 15 years for Alexander to conquer much of the known world.
Genre: Non-Fiction > History 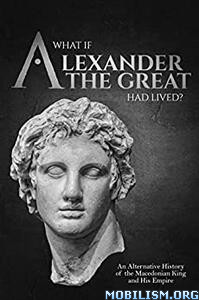