UnSub by Kendra Greenwood
Requirements: ePUB Reader, MOBI Reader, 700 KB
Overview: Six bodies turn up in a shallow grave near a beach on the east end of Long Island. The FBI discovers a connection to sex clubs in the area and a human trafficking ring. They receive a tip and believe a club in The Hamptons is the next target. Special Agent Alyx Cameron, a member of the FBI Division of Covert Affairs, volunteers to enter the club as a client in hopes of attracting the criminals and locating the headquarters and leaders of the ring.

Dr. Daniel Taylor left the lifestyle over a year ago and hasn’t been to the exclusive St. Andrews Club since. When his best friend, the owner, asks him to train an FBI agent for undercover work, he initially resists, but the lure of having a week of kinky sex is tempting and besides, he’d be performing a service to the community.

Training a woman who is the opposite of a submissive proves challenging and before the week ends, Daniel realizes he cares for Alyx. Although Alyx agreed to the arrangement and the training, she soon discovers it may be more than she bargained for and is further unsettled by her blossoming affection for Daniel.

Often at odds, can Alyx and Daniel work together for the greater good? Will they be able to keep their personal feelings separate from the assignment and remember it’s just a job? Overcome by his need to protect her, can Daniel put those instincts aside and let Alyx do her job regardless of the danger? 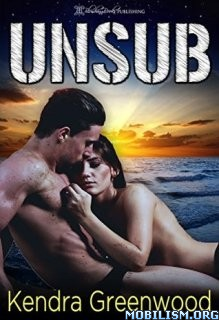