Triumph: The Untold Story of Jesse Owens and Hitler’s Olympics by Jeremy Schaap
Requirements: .ePUB, .PDF reader, 1.3 Mb
Overview: At the 1936 Olympics, against a backdrop of swastikas and goose-stepping storm troopers, an African-American son of sharecroppers won a staggering four gold medals and single-handedly demonstrated that Hitler’s myth of Aryan supremacy was a lie. The story of Jesse Owens at the Berlin games is that of an athletic performance that transcends sports. It is also the intimate and complex tale of one remarkable man’s courage. Drawing on unprecedented access to the Owens family, previously unpublished interviews, and exhaustive archival research, Jeremy Schaap transports us to Germany and tells the dramatic tale of Owens and his fellow athletes at the contest dubbed the Nazi Olympics.

With his incisive reporting and rich storytelling, Schaap reveals what really happened over those tense, exhilarating weeks in a nuanced and riveting work of sports history.
Genre: Non-Fiction > General 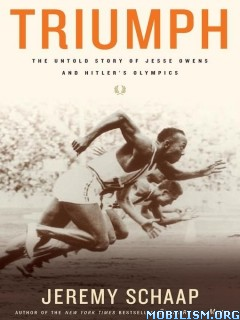