Three Days to Dead by Kelly Meding (Dreg City 1)
Requirements: MP3 Player | 58 kbps | 260 MB
Overview: When Evangeline Stone wakes up naked and bruised on a cold slab at the morgue—in a stranger’s body, with no memory of who she is and how she got there—her troubles are only just beginning. Before that night, she and the other two members of her Triad were star bounty hunters—mercilessly cleansing the city of the murderous creatures living in the shadows, from vampires to shape-shifters to trolls. Then something terrible happened that not only cost all three of them their lives, but also convinced the city’s other Hunters that Evy was a traitor…and she can’t even remember what it was. Now she’s a fugitive, piecing together her memory, trying to deal some serious justice—and discovering that she has only three days to solve her own murder before the reincarnation spell wears off. Because in three days, Evy will die again—but this time, there’s no second chance.
Genre: Audiobook, Fantasy, Urban 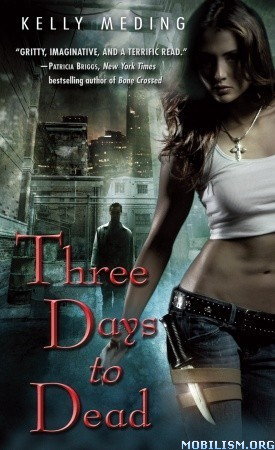